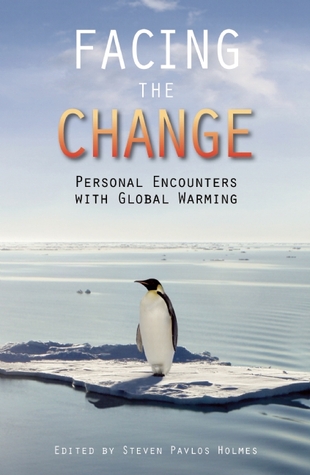 Until recently, writers in the United States have found it difficult to put a human face on climate change. After all, invisible greenhouse gases lack the photogenic villainy of soot-dark pollution. Rising seas reveal themselves only gradually or far away—say, in ever-suffering Bangladesh. Even Hurricanes Katrina and Sandy, those Twin Towers of environmental vulnerability and so many individual tales of woe, can’t be directly or solely blamed on our warming planet. Fiction writers have tried to humanize this slow-motion catastrophe. Environmental literature scholar Adam Trexler has compiled a list of three hundred-plus novels published in English from 1962 to 2011 that at least mention climate change. Many of them, like the trilogy of science-fiction writer Kim Stanley Robinson, employ apocalypse or the future to make their point. Good news for cli-fi fans, but who is exploring the here and now of ordinary people?

Enter the wide-ranging and honest voices in this smartly edited collection. These are poets and essayists whom editor Steven Pavlos Holmes calls “our emotional and cultural first responders” who tell us “what it feels like” and what it means to live in what some scientists now call the Anthropocene, a world genuinely altered by humans. Most of the contributors are not famous. And if some of them, like Alaskan Marybeth Holleman, employ familiar images such as stranded polar bears, they do it with a thoughtfulness that lends new life to their subject. Holleman is struck by how global warming, unlike other environmental problems facing animals, leaves us almost no room to act between “threatened and extinct.”

Many pieces proceed effectively from seemingly mundane observations. Willow Fagin equates his tendency to joke away a too-warm Michigan winter with his years of trying to deny his “queerness,” noting that “facing the truth (of) my identity has led me to a deeper appreciation for my life, a new way of tasting the skin of the world . . . of being at home in my own skin.” In a sequence of fifteen amazingly conversational sonnets, Kathryn Kirkpatrick also explores denial, admitting that her book on tape makes wrecked land bearable via a narrative to “let us go elsewhere.” After watching passengers on a commuter train freeze up when a young mother suffers a seizure, Audrey Schulman wonders if the “bystander effect” isn’t gripping us, worldwide, in the face of climate change. Jumping in to help, finally, and spurring others to action, Schulman realizes that even if she doesn’t know what to do, the doing is necessary and empowering.

These crisp contributions read like the thoughts of ordinary folks trying to figure out how to live sustainable and meaningful lives in thrall of enormous changes that so often seem beyond the reach of individual action. This book is an important and often moving contribution.