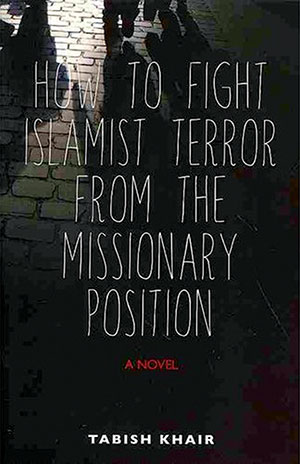 First published in India in 2012, Tabish Khair’s latest novel—alive with wit and style from beginning to end—is set in Århus, Denmark. It tells the stories of three immigrants: the unnamed narrator, an Indian Muslim who teaches English literature at the university there; Ravi, a charismatic and wealthy Hindu with intermittent aspirations for a PhD; and Karim, a devout Muslim taxi driver with whom the narrator and Ravi lodge.

The divorced narrator and the single Ravi pursue politically correct local women who have no objections to—or even prefer—immigrant men in the intervals of meeting their academic obligations. Or perhaps it’s the other way round: Karim, despite the discussion sessions about the Quran held on Friday nights in his apartment, receives strange telephone calls from a woman, disappears protractedly at odd times, and is therefore suspected of an illicit sexual relation by the narrator.

The narrator attempts to tell his story without the benefit of knowledge he did not possess when the events occurred, so the novel is peppered with phrases like “I supposed” and sentences like “Looking back and recalling this conversation, I realize that I should have suspected what was to come. But we are always wiser in retrospect.”  “What was to come” includes a terrorist attack (for which Karim is partly blamed) on one of the Danish Muhammad cartoonists. Khair skillfully deploys his double perspective: first, like the narrator, we wonder why we did not suspect Karim’s involvement earlier; later, again like the narrator, we wonder why we permitted ourselves to doubt Karim’s goodness at all. Khair would like us to convict ourselves of a too-easy prejudice, and, to some extent, we do.

Khair is careful to condemn those “many Islamic fundamentalists . . . [who] behaved very much like fascists.” But when the narrator sees that he can never speak to Karim again, he justifies himself with the thought that he had not sent Karim to Abu Ghraib but to “orderly Danish investigators, no matter how prejudiced” (my emphasis); furthermore, he claims that “honest conversation” with Karim is now impossible because of “the Niagara of suspicion and prejudice and brashness cascading around us.” It might be pointed out that suspicion and the rest are not unnatural in the documented circumstances of relations between Muslim immigrants and the locals in present-day Denmark and elsewhere in Europe.