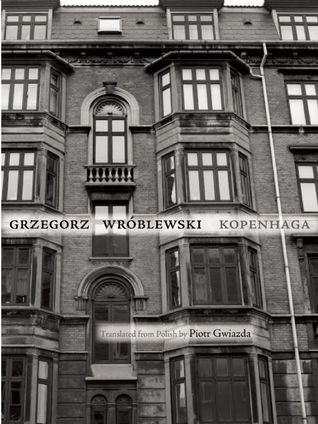 So-called immigrant literature remains a popular read, even though the stories have become more and more predictable in their plots. Usually, the author traces the protagonist’s physical journey from one country to another, along the way tapping into the worn repertoire of cultural mishaps, ethnic and religious tensions, and political misunderstandings. Doubtless, there is much to learn from any immigrant story, but the genre’s homogenization has caused it to lose some of its luster. To everyone’s benefit, however, Wróblewski’s Kopenhaga, expertly translated from the Polish and introduced by poet Piotr Gwiazda, fits the category only partially. In fact, it restores our faith in immigrant literature by insisting that the story be necessarily fragmented, both stylistically and thematically.

This isn’t to suggest that Wró- blewski (b. 1962), who testifies to being terrified by homo sapiens, doesn’t describe his adopted homeland’s alleged idiosyncrasies, which he does. To this neurotic newcomer from the Other Europe, the Danes appear overtly pragmatic (“Virtual cemeteries”) and bent on living out their days under the umbrella of the welfare state, where “everything is well researched and prearranged.” Likewise, the humiliation he endures on daily basis (“suffered so much trying to speak Danish”) is standard fare here. Suspended in a spiritual limbo, the narrator of these prose poems and brief reflections bemoans the fact that “a life goes on without him.” The power of positive thinking professed by his neighbors seems foreign to him, heightening the alienation he already feels, but ironically it doesn’t preclude him from engaging in some wishful thinking himself, believing as he does that “something will come along in the end.”

Copenhagen may be the world’s most livable city, but we wouldn’t know it from Wróblewski’s prose. Punctuated by “rain, the sound of ship horns, smoked mackerel,” the land of Lego drives the speaker into “renewed conflicts with [his] surroundings,” which in due course include his “rebellious, increasingly foreign body.” Consequently, he talks to potted plants, a dog, and at least one wasp—all parts of his existential constellation. Attempting to connect the dots on his literal and figurative maps may be an exercise in futility, but it also forces the speaker to realize that “you always return to the starting point,” which for him, as for many an immigrant, is some other place altogether, an elusive elsewhere. “When I close my eyes, I can see much more clearly,” writes Wróblewski, and the effect of his prose on us is no less spellbinding or revelatory.