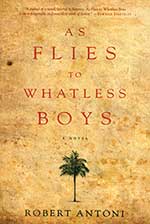 As Flies to Whatless Boys

A visionary engineer with a utopian goal, John Adolphus Etzler enlists a handful of London citizens to establish a collective in Trinidad. Everything goes wrong when the men separate from the group to build their settlement in a remote swamp. Robert Antoni gracefully combines layers of idealism, love, and a plague of the Black Vomit in this historical novel. 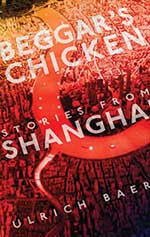 Humorous and candid, Ulrich Baer’s first book of fiction gives the reader an experience of Shanghai most tourists never encounter. From the girl who wore her sister’s pants for a day to the love-struck American student begging to stay in the city, these seven short stories portray people’s daily experiences in the midst of a rapidly changing city. 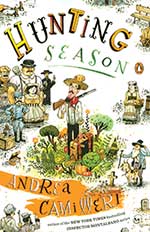 A man arrives in Vigàta in the 1880s looking to make a fortune by opening a pharmacy—a seemingly innocuous undertaking until it is discovered that his father, who was found murdered, grew plants that could heal any malady. Written by the author of the Inspector Montalbano series, Hunting Season proves a wacky murder mystery reminiscent of Shakespeare’s most frolicsome scenes. 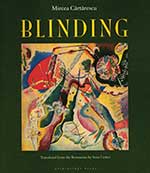 One of Romania’s foremost contemporary writers, Mircea Cărtărescu is garnering international acclaim with his latest novel, Blinding. A best-seller from the day it was published, it’s the first in a trilogy stretching across the poet’s life and the wings of a butterfly to express Cărtărescu’s thrilling, melancholy, and divine understanding of life in Bucharest and beyond. 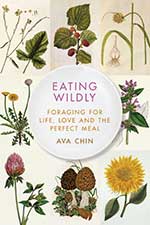 Eating Wildly: Foraging for Life, Love and the Perfect Meal

Ava Chin attempts to find meaning in her life by beginning an emotional journey to find self-reliance. She turns to the practice of foraging for food in the local wilderness and begins to find solace and sustenance in the local flora, fauna, and fungi (see excerpt on page 82). 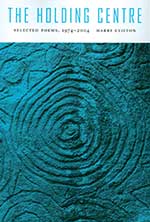 Thirty years of trials, travels, and tribulations have been poured into The Holding Center. Clifton pilots us from Ireland to Thailand and many places in between, exploring the interaction of sacred and secular and telling tales of love, loss, God, and beer. Clifton’s crisp, clean, melancholy tone resonates with poetic sensibility as well as accessibility. 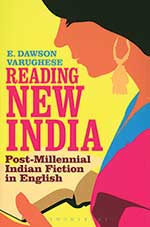 This critical guide selects Indian authors writing in English that embody the “New India” of the postmillennial age. This particular literature has emerged from postcolonialism and re-created itself in the globalization of our fast-turning world. This fulfilling collection covers various genres, a timeline of major social reforms, biographies of the authors, and a helpful glossary of Hindi terms. 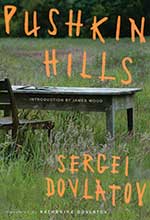 Broke and alcoholic, Boris Alikhanov takes on a job as a tour guide at a museum honoring Alexander Pushkin. His unsuccessful writing career and marriage continually unwind during his stay there. Translated by Dovlatov’s daughter, this delightfully dark portrayal reveals much about both the author’s own life and the Russian mind-set regarding art. 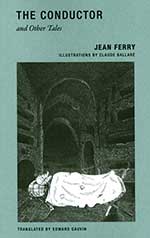 The Conductor and Other Tales

This collection of short prose narratives is Jean Ferry’s only work of fiction. Lurking somewhere between humor and nightmare, Ferry blends the peculiar pataphysic philosophy to which he was a subscriber and the genre of humorous short stories to produce a surreal literary dream. Each narrative is accompanied by a beautifully bizarre illustration by Claude Ballaré. 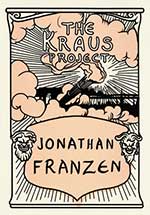 This bilingual collection of translated essays provides a deeply personal account of Jonathan Franzen’s encounter with an Austrian writer ahead of his time. Footnotes throughout simultaneously converse with and interpret Kraus (1874–1936). Exquisitely documented, The Kraus Project demonstrates the unrivaled relevance of Kraus’s insights to the contemporary world. 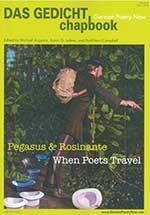 Pegasus & Rosinante presents a selection of German poems and essays translated into English. Emerging and already established writers are revealed in this sleek volume. Inspired by its predecessor of twenty-one years (Das Gedicht), this first English edition showcases a rare and living assortment of voices writing in the German language. 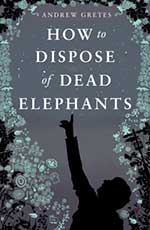 How to Dispose of Dead Elephants

In a hilariously modern coming-of-age tale, Stubb Marakas attempts to find his place in the world by embarking on a journey with his swashbuckling Korean adoptee best friend, Mark Conner. They must face battles such as Stubb’s fight against severe epilepsy, Mark’s search for the truth of his origins, and the failing health of an old mentor. 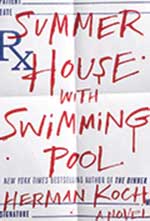 This gripping novel follows the medical practice of Marc Schlosser, a doctor unable to truly empathize with his celebrity patients. He suddenly becomes emotionally involved when a famous patient dies and his career is jeopardized. Much like his previous novels, Koch’s newer work provides an entertainingly skeptical view of the upper middle class. 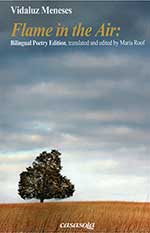 Flame in the Air is a treasure among translations today. For the first time, Vidaluz Meneses, well recognized in Central America for her works of poetry and social justice, is presented in a bilingual edition including translated interviews with the poet about her life. Showing that beauty survives chaos, Flame in the Air is a long-awaited collection that shows the faith and dedication that made Meneses a distinct figure in Nicaragua’s troubled past. 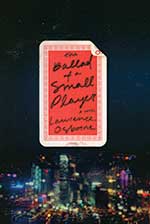 The Ballad of a Small Player

In The Ballad of a Small Player, “Lord Doyle,” a man in hiding who siphoned his wealth from an elderly widow, spends nights carousing and losing his fortunes on the baccarat tables. Just before his last coin is spent, he encounters the beautiful Dao-Ming, who promises to reverse his luck, but it isn’t the game-changer for Doyle that it seems. 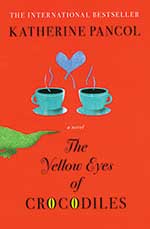 The Yellow Eyes of Crocodiles

This tale follows two Parisian sisters, Josephine and Iris. Iris, a high-class woman bored with her chic lifestyle, receives a contract to write a historical romance. She convinces her penniless divorcée sister, Josephine, to pen it under her name, promising her the proceeds—a great trade-off until the novel becomes the smash hit of the year. 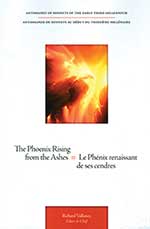 The Phoenix Rising from the Ashes

A groundbreaking anthology of poetry presented in six languages, The Phoenix Rising from the Ashes accomplishes a perfect revival of the sonnet. Divided into themes but without a formal table of contents, this artistically rendered collection provides readers with a sense of both choice and surprise. The 315 sonnets on display counter the popularly held notion that the sonnet is outmoded. 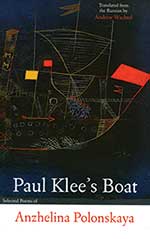 Since leaving the world of professional ice dancing, Anzhelina Polonskaya has become Russia’s rising poetic star, with several of her individual pieces appearing previously in WLT. Her latest work of haunting beauty, Paul Klee’s Boat, features her elegant, heartbreaking masterpiece “Kursk: An Oratorio Requiem,” an elegy paying tribute to those aboard the Russian submarine that tragically sunk in 2000. 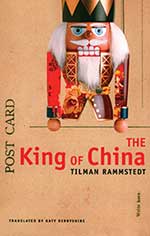 The King of China

The King of China begins when Keith Stapperpfenning and his grandfather are forced into a family vacation to China. When his grandfather dies suddenly, Keith must rely on a guidebook to write a series of letters home. Oddly entertaining, this novel won Tilman Rammstedt the Ingeborg Bachmann Prize in 2008. 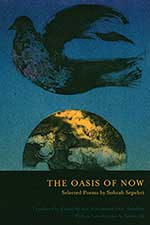 The Oasis of Now

The Oasis of Now, the first publication of Sohrab Sepehri’s work in the United States, gathers works from three of Sepehri’s most acclaimed books. Sepehri combines his rich knowledge of Buddhism, Sufi mysticism, and Western traditions in this rapturous collection. Pulsing with life, Sepehri’s poetry mourns and rejoices, celebrating the complex nature of the world and humanity’s place within it. 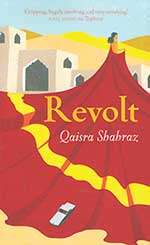 An upcoming marriage of two wealthy cousins in a small town intimately reveals Pakistani family life. Traditional Muslim values meet modern Western ones, setting off a whimsical collection of problems and events. Regardless of whether the action is in England or Pakistan, Revolt shows what happens in a family where nothing is kept private. 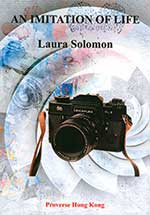 An Imitation of Life

A giantess aging three times the normal rate, Celia Doom experiences firsthand the horrified harshness of a world displeased with her appearance. Her talent at photography allows her to document the everyday existence of the town she is partly responsible for devastating. Solomon’s first-person novel realistically vocalizes the grotesque beauty this character offers. 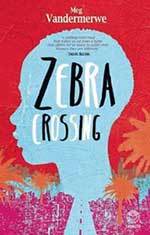 Chipo, an albino Zimbabwean, narrates the experiences she and her brother have as they retreat to Cape Town on the brink of the World Cup. A plot partly organized by her own brother to profit from a gambler’s notions regarding her albinism soon ensnares her. Meg Vandermerwe’s debut novel, Zebra Crossing is a panorama of South African attitudes toward race. 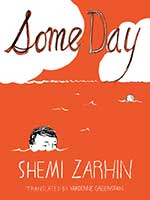 Shemi Zarhin’s first novel begins in Tiberias, Israel, on the shores of the Sea of Galilee. Tiberias becomes a place marked for its passion, family tragedy, and, most of all, its cooking. Following Shlomi, a small boy in love with Ella, his neighbor from Poland, their heartbreaking histories and yet humorous dynamic give the reader insight into the emotional history of Israel in the twentieth century. 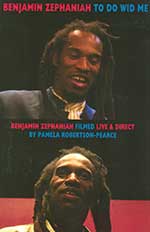 To Do Wid Me

To Do Wid Me is an exuberant experiment in poetry publishing, as it is not meant to be simply read but seen and heard. This collection is a mixture of political poetry shouting for multiculturalism and spunky children’s poetry, accompanied by a DVD of live performances that illuminate the spirit and rhythm of Zephaniah’s poetic style.