What to Read Now: Australian Lit 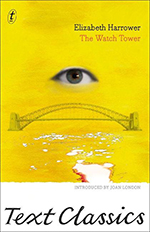 The Watchtower, first published in 1966, is a psychological novel of class and power set in Sydney in the 1940s. Laura, the elder sister, had ambitions to be a doctor like her father (or else a singer), but when her father is on his deathbed, she is removed from her boarding school and enrolled in a Sydney business school. She finds a job as a typist in a box factory and, in order to look after her younger sister, Clare, agrees to marry the forty-four-year-old owner, Felix, who controls the women with a mixture of purse string–holding and hysteria. He is a study of alcoholic inadequacy and repressed homosexuality, a man who regards Laura and Clare as his servants. Laura becomes both afraid of Felix and complicit with him, trying to bring Clare into her orbit around him. 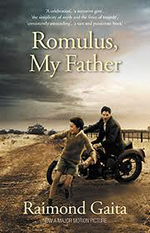 More than simply a memoir of childhood, Romulus My Father looks with the clarity of a child’s view at the sometimes difficult yet passionate world created by Gaita’s parents, disturbed and uprooted after the European war. In 1950 four-year-old Rai arrived in Australia from Germany with his mother, Christine, and his Romanian father, Romulus, a blacksmith who was to work on the construction of the Cairn Curran Reservoir near the tiny settlement at Baringhup, central Victoria. They settled in a weatherboard house, Frogmore, in the isolated landscape that Gaita fell in love with. 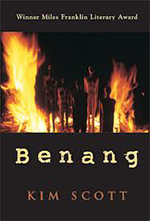 This novel is narrated by Harley, a man of Nyoonyar ancestry who is the outwardly successful outcome of his white grandfather’s attempts to put in practice the racial theories of the infamous A. O. Neville, who was western Australian chief protector of Aborigines in the 1930s and ’40s and, before that, chief of the Department for the North-West, Aborigines, and Fisheries. Neville argued that the “breeding out of color” by careful control of part-aboriginal people—where they lived, whom they married—would ultimately lead to the day where we could “forget there were Aborigines in Australia.” It’s a strong and moving novel, the stark and poetic story of the young man who has to carry his brutal but failing grandfather on his back, weighed down by history and family obligations taught to him by his aboriginal relatives. And when he puts his grandfather down on the ground, he begins to float away, weightless in his lack of sense of who he is—his very substance a light and floating thing. 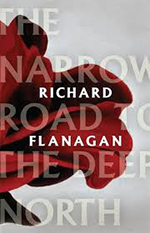 The Narrow Road to the Deep North

Heroism, goodness, mate-ship, war, enemies, class, memory, self-delusion, passion, guilt, honor, love, and loyalty—these are just some of the themes that bring to life a period in Australian history that has not been well expressed in novelistic form, although there have been noted war memoirs from survivors of the Japanese imperial army’s POW camps that were tasked to build the Thai-Burma railway. Set in pre–World War II Australia, then in the theaters of war of the Middle East and the Thai–Burma railway, and, afterward, the postwar years, the novel is the story of Dorrigo Evans: his years growing up in rural Tasmania, his time as a student surgeon, his engagement to the daughter of Melbourne toffs and the passionate affair that haunts him, his selfless service to other POWs in the Japanese camp, and his life as a celebrated hero in the ensuing years. Past and present sit together in this complex structure, as they do in our own minds, as Dorrigo’s story unfolds in the presence of the Japanese haikus of Basho and the poetry of Paul Celan.

Ramona Koval is a writer, journalist, and broadcaster. She is the editor of Best Australian Essays and was the presenter of ABC Radio National’s “The Book Show” for many years. She now interviews writers for The Monthly’s online book club. Her most recent book is By the Book: A Reader’s Guide to Life.