GRIPPING THE STEEP BANKS of the Douro like a pile of haphazardly shoveled rocks, the city of Porto feels only one pebble’s slip away from tumbling into the olivine waters of the river below. When the cobbled streets surge with rolling rainwater, such an event feels unavoidable.

In the five years I’ve been visiting Porto, I’ve always been met with inordinately good weather. Even now, as I write in typically drizzly January, the dark Iberian morning blue is rapidly giving way to a cloudless, open sky that delineates cleanly over the Atlantic.

Both a seaside and riverine city, Porto’s location imparts a blend of two distinct characters. Along the open shores of Foz and Matosinhos, waves break in frothy explosions against the breakwaters. Fighting the westbound push of the Douro, the sea is often so cold and violent it requires heroics to enter. These shores, from where adventurers set sail to lands unknown, has indeed known poetic heroism. In Os Lusíadas, Portugal’s historical epic, Luís Vaz de Camões wrote:

We spread the wing,
To catch the sea-breath gentle and
serene,
And from the well-known Port went
sorrowing:
After the manner of far-faring men.
(Canto V, I)

From the sea, the city tumbles upstream. Along the promenade, flat-capped fishermen, straight from a story of early twentieth-century modernist Raul Brandão, grip their poles with bulbous forearms and curse their luck. Their wares, freshly filleted and splayed on the grills of riverside restaurants, fill the air with thin palls of smoke that rain down small flecks of ash. The fish pairs best with a fluted vase of wine, wet with condensation, and a collection of poems by one of the city’s many poets—António Nobre, or Sophia de Mello Breyner Andresen, whose house can be visited in the city’s botanical gardens.

Like its cuisine, Portugal’s literature calls for gorging. It’s contemplative, conspicuous, flowing. Saramago may be the nation’s most well-known literary gourmand, but he was a southern boy, addicted to space and light, and when he writes of visiting Porto in Viagem a Portugal (Journey to Portugal), he describes sitting abjectly by the river as he “toys with a dish of cod [and] drinks his vinegary verde tinto . . . out of a sense of duty.”

There is art to be found in the dark, however. Up from the Douro, into the old city, the veinlike alleys are constricted with pleats of hanging laundry and worn stone fountains. Even on the brightest of days, the narrow streets of Portugal’s brooding daughter writhe with a quiet melancholy. The mood has inspired tales of deception and murder from writers such as local great Camilo Castelo Branco (once interred in Relação prison, now the Center of Portuguese Photography) to foreign transplants Richard Zimler and Antonio Tabucchi.

Finding something to read is never any trouble in a city steeped in literary history. Bookstores overflow like banquets—use livrarias for new fare and alfarrabistas for used. Skip the tourist-crowded Livraria Lello, which owes its mantle of the most popular bookstore in the city, if not the country, to its affiliation with one-time Porto resident J. K. Rowling. Instead, head to the smaller haunts of locals—Flâneur, Livraria Poetria, and especially Moreira da Costa, which is the oldest and most surreptitious—it was from there that antifascists could buy banned books during the Salazar regime.

At night, take in a show at Casa da Música or the Porto Coliseu before settling into one of the many bars serving papas de sarrabulho and bifanas. Cigarette smoke, poetry readings, and fado recitals thicken the atmosphere with a lusophone beatnik quality.

Like many “second cities,” Porto smarts under the long shadow of its older sibling. But on the ground, Lisbon’s reputation for pomp only serves to boost Porto with a shot of authentic friendliness. “It’s Portu-gal, not Lisbo-gal,” a friend told me once, reminding me which city remains the true purveyor of the nation’s soul.

What to Read on the Banks of the Douro 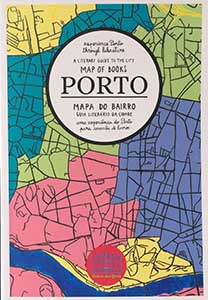 Map of Books: A Literary Guide to the City 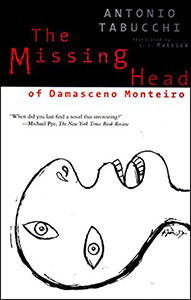 The Missing Head of Damasceno Monteiro 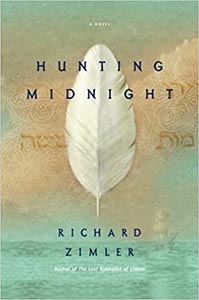 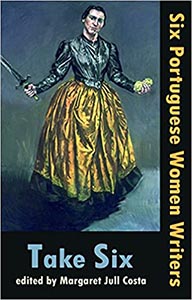 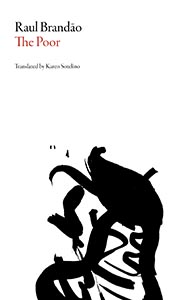 James Patterson was born on a cattle and grain farm in rural Manitoba, Canada. He has worked as a farm laborer, factory worker, and writer. His fiction was longlisted for the 2016 CBC Short Story Contest. His essays can be found in Maisonneuve and Overland.