Battling the 3 Percent Problem: A Profile of Peirene Press 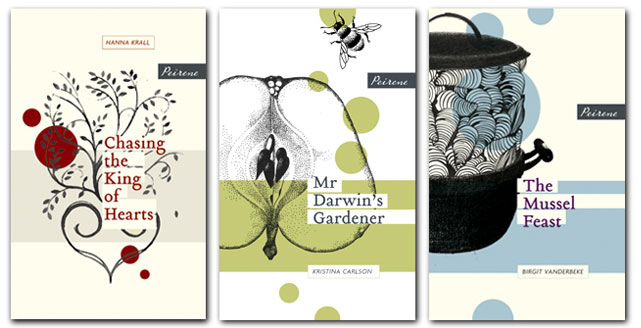 Recently, I came across a blog post from the Economist’s Prospero blog entitled “Stories from Elsewhere” that opened my eyes to the shocking statistics surrounding translated works: “Only 3% of the books published annually in America and Britain are translated from another language; fiction’s slice is less than 1%.” That 3% hasn’t changed, then, since 2007, when the University of Rochester launched its site of translation news and reviews, aptly named Three Percent. Balancing this grim news, the Prospero post notes some of the excellent presses endeavoring to solve this issue by translating works originally written in a wide range of languages into English. The task is daunting. Think of how many words do not translate well from one language to the next, and how this varies from language to language. However, presses such as Peirene Press have committed themselves to the task.

Peirene, a small London press, describes itself as “committed to first-class European literature in high quality translation.” Peirene publishes three short European novels a year in English translation from several languages such as Swiss, German, and Finnish, novels Peirene claims can be read in as little time as it takes to watch a DVD. Peirene curates its translation series according to themes—three books each year that share similar content or style. Thus far, Peirene has published titles under three categories: Female Voice, Male Dilemma, and Small Epic. Peirene has recently chosen the theme for 2013, which will be “Turning Point: Revolutionary Moments.” As to its selections, Peirene relies on both outside sources and independent judgment: “We regularly review the winners and short-listed books for the most prestigious literary prizes in the various European countries. . . . Furthermore, we work with international agents and pay attention to what foreign publishers have translated. We are also influenced by suggestions from readers, friends, writers, translators, journalists, university professors. And last but not least we attend European book fairs and are not afraid of making personal choices.”

Despite the dearth of translation, and thus the need, starting a small press devoted to translated literature sounds like a risky business proposition. In its most recent newsletter, Peirene’s publisher, Meike Ziervogel, describes the press’s intention: “Big publishing houses react to the market—they provide what the reader already knows and therefore wants. Small publishing houses, like Peirene, give you something unexpected and unusual.” For example, Peirene’s most recent book is Richard Weihe’s Sea of Ink, a novella about Chinese painter Bada Shanren, originally written in Swiss German. At the most recent Peirene event, excerpts from the book were given a dramatic reading, and Fabian Kunzli offered a musical response.

Thus far, Peirene has published nine books and selected the three books that will be published in 2013:

Lauren Cheney is a WLT intern.