Pain and Glory: A Self-Portrait of Director as Prodigal Son 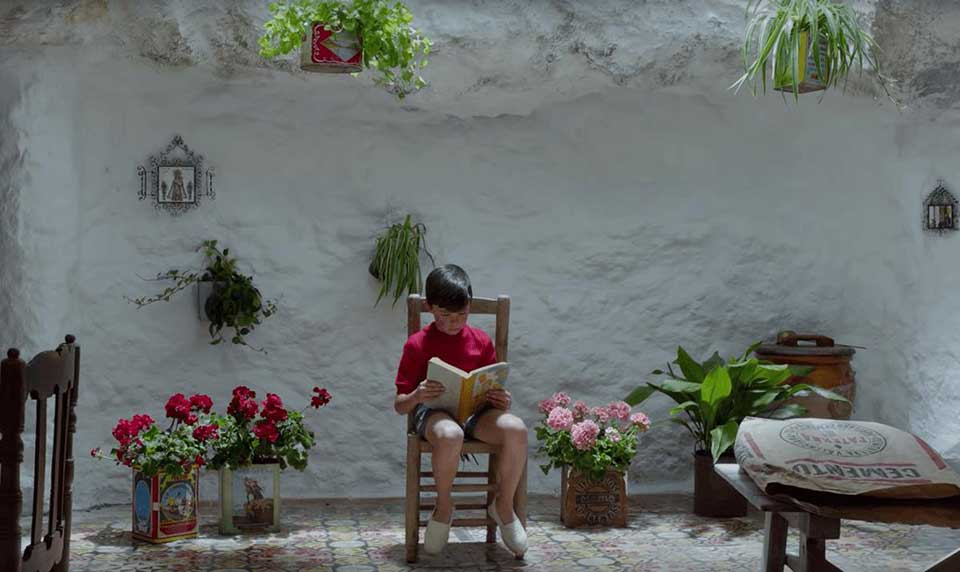 The film ends where it all begins: like a fable that devours its own tail in order to explain how we always return to our origins.

Using this age-old though useful device, Pedro Almodóvar has achieved what was denied him after the release of his most recent films. Neither I’m So Excited nor Broken Embraces nor even Julieta showed the Spanish director at his best; and even those of us who are his most faithful devotees struggled to understand how he could allow himself to be carried away by such weak plots, through which his incisive style, his obsession with color and dramatic effects, his increasingly sober humor seemed at the point of being extinguished.

Perhaps what Almodóvar was telling us in those movies that pale in the face of his “classic” films is that he too has aged, that perhaps his body and mind had grown tired, and that, like any human being, he needs to take stock of his achievements and failures in order to recognize himself in the mirror that age and memory have now given him. Which, as a filmmaker, is the mirror of the screen. And that is precisely what he is telling us in Pain and Glory.

In a way, the director of Volver and Matador had already told us this fable. Anyone acquainted with his filmography will be able to link certain scenes in this film with previous ones. The passages from childhood—the very pillar that supports Pain and Glory—had their prelude in Bad Education; the young boy who discovers his sexuality is another obsession that runs through many of Almodóvar’s films, sometimes through the stark contrast of what Tina, the transsexual character in The Law of Desire, remembers and other times as a more nuanced gesture.

In the gallery of characters that Almodóvar has given us, Salvador Mallo is another image of the film director. Other actors—in Broken Embraces, in Tie Me Up! Tie Me Down!—embodied this class of artists obsessed with images; this time, however, it is Antonio Banderas who returns to the world of the filmmaker who made him a star as a kind of alter ego, a ghost of Almodóvar himself, in a portrait that is almost a self-portrait. Almost, fortunately, but not entirely—even if it is a perhaps too sublimated and, occasionally, self-pitying reflection, which from the beginning introduces us to this echo of Pedro, who has discovered that the only possible therapy for his maladies of soul and body is cinema itself.

Many had written off the man who at one time was the undisputed cinematic genius of the movida madrileña.

It is from here that emerges the honesty which has managed to reconcile the director with his audience. After stumbles with his earlier unsuccessful films, the scandal of being implicated in the Panama Papers, and other problems, including the death of one of his undeniable muses, the actress Chus Lampreave, many had written off the man who at one time was the undisputed cinematic genius of the movida madrileña.

More than thirty years have passed since Pepi, Luci, Bom y otras chicas del Montón introduced Almodóvar as a sort of authentically Spanish John Waters. The arc that runs from that debut film to Pain and Glory is more than just the journey of one film after another, but rather the biography of a man who has gone through almost everything, achieved almost everything—except the damned best-director award at Cannes, which continues to slip through his fingers—only to stand in front of the camera like someone waiting for an X-ray. One might believe that the film’s protagonist is that director who thinks he’s finished, and whose career can only be resurrected by ​​rereleasing Sabor, his most acclaimed film, decades after its premiere. 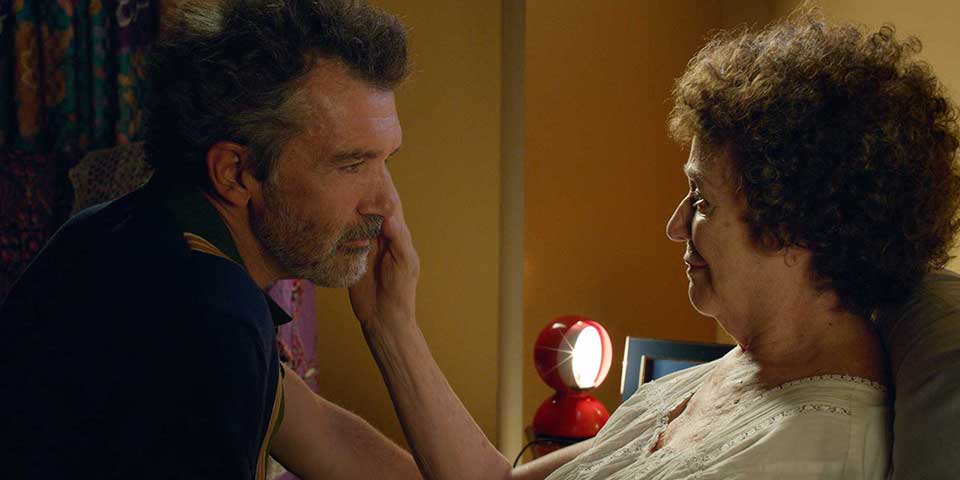 As if a final exorcism, it is the mother who sets the tone for the film’s final scene, in which the real director reencounters what he has wanted us to know about his most intimate life. And he does so with a dramatic effect that also serves as a demonstration of his narrative force.

Antonio Banderas surrenders himself to this character with supreme restraint, and that is the great virtue of his performance, for which he did win in Cannes, and I believe deservedly. The rerelease of the film triggers the inevitable: his reencounter with Alberto, the film’s protagonist, with whom he is reconciled following a long feud, which leads to drug abuse and to even deeper memories. But the film’s protagonist is in fact another ghost, that of Salvador’s mother, Jacinta, who’s portrayed at two different moments of her life by Penélope Cruz and Julieta Serrano, two other recurring presences in the whole of Almodóvar’s opus.

The rural scenes from Salvador’s boyhood are the best of the film. It is during these sequences—in the village or Paterna, where he and his mother, played by Cruz, go to live in a cave—we see the beginnings of everything that will eventually obsess the future director. It is ironic, perhaps, that the person most skilled at portraying his country’s pretensions of modernity is also capable of reflecting its deepest inner workings, free from sentimentality and folklore. Salvador’s memories flow like the river where his mother kneels to wash clothes and intone a well-known folk song. And the memory of the school run by priests to which he is sent triggers the anticlericalism that runs through the breadth of Almodóvar’s films. “You never forgave me,” the mother, now old, reproaches the protagonist. And from there too come the silences, the distances, the separations, which this film attempts to heal. Yet it is not just a matter of the pains of memory but of other physical traumas, as well as those that cause the doubts that any of us may have, at a certain age, about what we have or have not achieved.

The resurrection of Sabor, before an audience that rediscovers it thirty years after its premiere, unleashes other reappearances. From it comes the monologue that Salvador gives to Alberto, making him swear that he won’t reveal its authorship, and which leads to a reencounter with an old flame, played by the Argentine Leonardo Sbaraglia, which is another way of making present those other elements that reverberate throughout Almodóvar’s world: Cuba and Mexico, which also serve as references in Pain and Glory.

Salvador Mallo awakens once and for all from his lethargy, but not before dedicating a few final moments to a reckoning with his mother. If in her interpretation of the young mother Penélope Cruz radiates beauty and a vital presence, Julieta Serrano sheds any semblance of beauty to create a vivid image of old age, as a mother who gives her son precise instructions about her funeral, chastises him severely, then recounts her conversation with a dead neighbor, not unlike a Lorquian reminiscence. As though in a final exorcism, it is the mother who sets the tone for the film’s final scene, in which the real director reencounters what he has wanted us to know about his most intimate life. And he does so with a dramatic effect that also serves as a demonstration of his narrative force.

What sustains the whole plot of Pain and Glory, if there is one, is the way in which Almodóvar—from the script to the camera work—rearranges these fragments of memory in time.

What sustains the whole plot of Pain and Glory, if there is one, is the way in which Almodóvar—from the script to the camera work—rearranges these fragments of memory in time. Alberto Iglesias’s music is, in this sense, an element of supreme importance, due to the connection it achieves between sequences that take place at different times, just as Philip Glass did in The Hours. A ballad by the celebrated Italian singer Mina helps create these links, and to frame defining moments, such as the young Salvador’s first encounter with the vision of male beauty, the unclothed bricklayer Eduardo. “Como sinfonía” (Like a symphony) is the title of the ballad, and perhaps the film can be understood in this way, as a kind of small symphony in which Pedro Almodóvar attempts to find the music of his own memories. José Luis Alcaine, who is responsible for the cinematography here, as in so many other Almodóvar titles, knows how to turn the camera into a witness that over time gives us information while not forgetting that cinema is also an art of composition and color. At times, it also winks at us almost imperceptibly; for example: in the scene in which Eduardo’s back is facing us, we are able to make out in the background an image of the Sacred Heart of Jesus, to whom he seems to be revealing the part of his body that the viewer cannot see.

Pain and Glory is a return to Almodóvar’s beginnings but without minimizing the weight of what he has lived, without diminishing what his craft and life’s tricks have taught him.

What at the beginning of his career was explosiveness, the force of a burning and desacralizing humor, is now a much more subtle language, more attentive to details and suggestion. From this, Almodóvar harnesses the strength to discover his own healing. Pain and Glory is a return to his beginnings but without minimizing the weight of what he has lived, without diminishing what his craft and life’s tricks have taught him. The best way to narrate oneself is to stand in front of the camera, whose beam of light serves as a radiation treatment.

With Pain and Glory, Almodóvar’s trajectory reaches a specific moment of inflection, just as Women on the Verge of a Nervous Breakdown and All about My Mother were in their day. Just as he recomposes his fragments and deliriums and gathers them into a beautiful catalog to tell us that he will rise again from these sources, we asks ourselves what will come after Pain and Glory. Because if he failed in Broken Embraces at self-homage (through a reinvention of Women on the Verge), and in I’m So Excited he attempted to reemerge as the irreverent filmmaker of Labyrinth of Passion and Dark Habits, here he plays with autofiction, despite how little it pleases his mother, according to what she herself tells us. And no, perhaps Pain and Glory isn’t autofiction. But it is the Pedro Almodóvar who seems to follow the celebrated advice that La Agrado, the character from All about My Mother, gives us. “You are more authentic the more you resemble what you’ve dreamed of being,” says the transsexual with the sharp tongue and irresistible charm.

And that, very likely, is the Pedro Almodóvar who resembles most what he has dreamt of being. 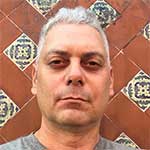