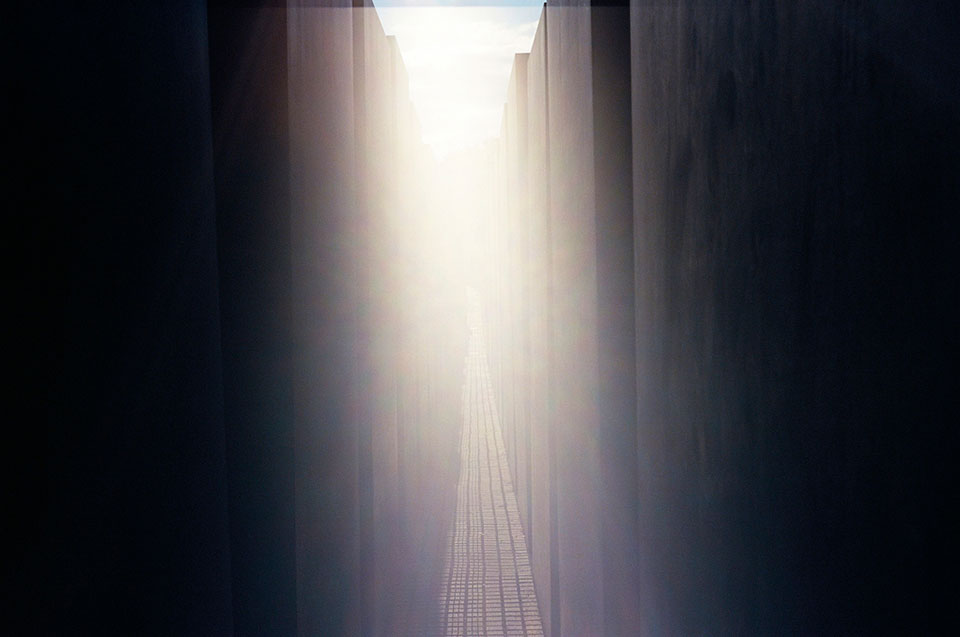 In the wake of the October 27 mass shooting at the Tree of Life Synagogue in Pittsburgh, the University of Oklahoma’s Schusterman Center for Judaic and Israel Studies sponsored a vigil on November 1 at the Hillel center on campus. In honor of the eleven victims of the massacre and those injured in the attack, the Schusterman Center has assembled the following list of eleven books to facilitate reflection, to promote tolerance, and to foster understanding. Each year, November 16 marks the International Day for Tolerance, based on the Declaration of Principles on Tolerance, which UNESCO adopted and proclaimed in 1995. 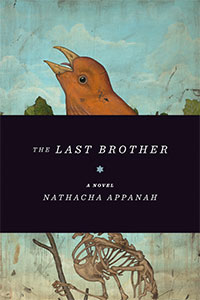 The novel The Last Brother, by the young Mauritian writer Nathacha Appanah, reveals, through the friendship of two solitary children from utterly different worlds, the sad episode of Jewish Shoah survivors who were refused entry into Palestine by the British government and sent to be imprisoned in Mauritius. Beautiful and heartbreaking. – Dinah Assouline Stillman, Instructor in French (emeritus), Department of Modern Languages, Literatures, and Linguistics 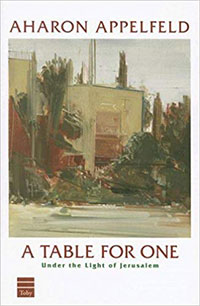 A Table for One: Under the Light of Jerusalem

This is an exquisite book that says so much so simply. It reminds the reader that often the most important voices to listen to are the ones that are quiet and modest. And it shows the beauty that comes of empathy, respect, and gentleness. – Rhona Seidelman, Assistant Professor of History 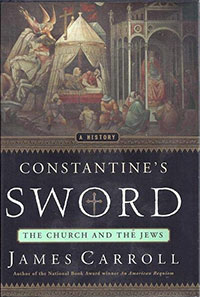 Constantine’s Sword: The Church and the Jews

Written by a former priest and Church reformer, Carroll writes with a journalist’s sense of drama about the Church, the elevation of the cross as the predominant symbol of Christianity, and the fateful legacy of anti-Judaism. I especially admire Carroll’s sense of historical contingency and his own experiences as the son of an Air Force general and devout Catholic mother. The tensions are resolved in favor of love and truth. Some books on this subject have more footnotes; none have more passion. – Alan Levenson, Director, Schusterman Center for Judaic and Israel Studies / Professor of History 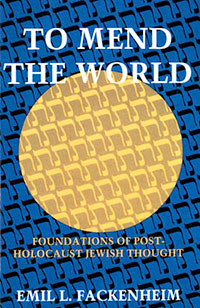 To Mend the World: Foundations of Post-Holocaust Jewish Thought

In the wake of the Holocaust, Jewish theologians struggled to understand how a loving God could have allowed the destruction of European Jewry. Fackenheim identifies what he calls “the Voice of Auschwitz”—the glimmer of hope from God that allowed Jews in the camps to survive and carry on in their Jewishness in order to deny Hitler a “posthumous victory.” In the face of ongoing hatred, violence, and anti-Semitism, we would do well to persevere in hope and to allow the God who intervened to save the Jews in the course of their history to show us all ways to “mend the world.” – Nancy Snow, Director, Institute for the Study of Human Flourishing / Professor of Philosophy 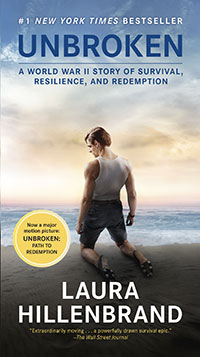 This book is a story of people who hate others and attempt to strip them of their humanity. Ultimately, it is about the power of forgiveness and love. – Michael Bearden, Director, OU School of Dance 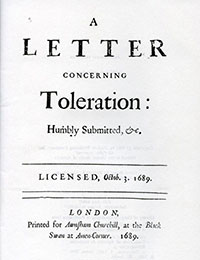 Locke’s Letter is perhaps the classic defense of religious toleration in Western political theory. It had a decisive influence on the adoption of the First Amendment and remains a foundational text for the philosophical justification of a free, open society. Though Locke’s main argument is that the state must not restrict religious practices and beliefs, his wider vision recognizes that in a culturally diverse society, mutual toleration is a political necessity. We cannot fully appreciate the values at the core of the American tradition of religious pluralism without understanding their roots in Locke’s Letter. – Zev Trachtenberg, Professor, Department of Philosophy 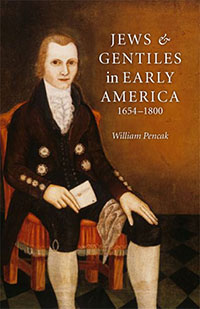 Pencak’s volume highlights the integration of Jewish communities as a quintessential feature of American history, while also noting the threat that this paradigm of tolerance has repeatedly faced from surges of populism. Yet, while this threat has always lingered . . . hope can be taken from its failure to destroy tolerance as a core American value, imperfectly though it manifests itself. – Tryce Hyman, Administrative Assistant, Schusterman Center for Judaic and Israel Studies 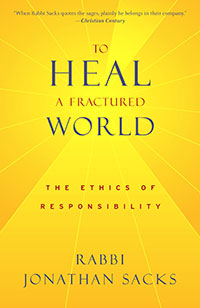 To Heal a Fractured World: The Ethics of Responsibility

Written by a noted British rabbi, this book speaks to the idea of our individual and collective need and ability to “mend the world.” Although written from a decidedly Jewish perspective, the book nevertheless speaks to the universal mandates for all people to love, understand, and respect one another as well as their joint responsibility to work to improve the world/society they all share. This is an accessible yet substantive work with a timely message. – Marshal Gimpel, Norman, Oklahoma 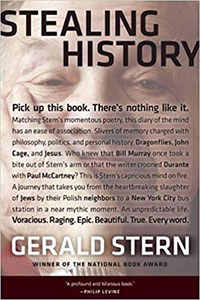 A poet of “the ravaged world” who endlessly turns to art to compensate for its unbearable losses, Gerald Stern was born in Pittsburgh’s Squirrel Hill neighborhood in 1925, the son of Polish and Ukrainian Jewish immigrants. In Stealing History, a collection of essays that has been called “both Talmudic and profane,” Stern rails against “the shackled minds of zealots” even as he offers a litany of how we might love “this shit-smeared, hopeless, mad” world we live in (“Demystification”). I find Stern’s essays, as well as his poetry, deeply human and, ultimately, hopeful. – Daniel Simon, Editor in Chief, World Literature Today 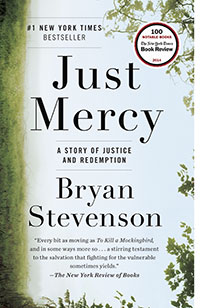 Just Mercy: A Story of Justice and Redemption

This book opened up for me a whole new understanding of a class of people who are extremely marginalized—the accused on death row. Behind each inmate there is a story—one of struggle, one of prejudice, one of mistreatment and misunderstanding. As Stevenson says, “Each of us is better than the worst thing we have done.” I am more tolerant now of people of color (especially) who are accused of a crime because they have been scapegoated without proper justice. – Jim Chamberlain, Research Engineer, OU WaTER Center 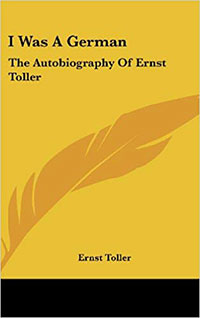 I Was a German

In his autobiography I Was a German, Ernst Toller, one of the most famous authors of German literature before World War II, describes his early years until his release from prison in 1924 from the unique perspective of a German-Jewish patriot, who, through the horror of World War I, turns into a pacifist and revolutionary. His profound analysis of imperial and Weimar Germany also offers a history lesson because he foresaw the rise of National Socialism. – Carsten Schapkow, L. R. Brammer Jr. Presidential Professor, Department of History 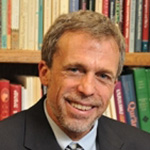 Alan Levenson is Schusterman/Josey Chair of Jewish History at the University of Oklahoma and director of Judaic and Israel Studies. He is the author of The Making of the Modern Jewish Bible: How Scholars in Germany, Israel, and America Transformed an Ancient Text (2011); Between Philosemitism and Antisemitism: Defenses of Jews and Judaism in Germany, 1871–1932 (2004); An Introduction to Modern Jewish Thinkers: From Spinoza to Soloveitchik (2006); and Joseph: Portraits through the Ages (2016). He also edited The Wiley-Blackwell History of Jews and Judaism.