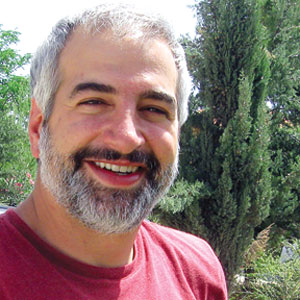 The March/April 2012 issue of World Literature Today will feature the work of New York Times Beirut bureau chief Anthony Shadid (1968-2012). In this issue, WLT’s Matt Carney interviews Shadid as part of a special section devoted to International Literary Journalism. Shadid discusses his forthcoming book House of Stone (Houghton Mifflin Harcourt, March 2012) and reflects on his coverage of the Middle East as a journalist for the Washington Post, the Associated Press, and the New York Times. The interview showcases Shadid’s courage as a reporter covering a troubled region and his response to the great challenges to humanity he witnessed during his years in the region. Despite the death and destruction all around him, Shadid develops a view of the Middle East that is both haunting and encouraging: “Can we reclaim something that is lost? Honestly, I tried not to answer that in a straightforward way at the end of [House of Stone], because I think what we do is we imagine something that compensates for that loss. . . . And because there’s so much death, so much destruction, so much carnage, I have to ask: Is there a way to stop loss? Is there a way to reclaim what was lost? I still don’t know the answer. We have to think of it in a different way, and I think that’s where imagination comes in. It’s the question that haunted me going into this experience, and still sticks with me. How do we stand loss?” (51, 55).

INTERVIEW: "Reclaiming What Was Lost: A Conversation with Anthony Shadid," Matt Carney