I was introduced to Lana Del Rey by way of Baz Luhrmann and F. Scott Fitzgerald. Her haunting line “will you still love me when I’m no longer young and beautiful?” soared over the upturned face of Daisy Buchanan as Jay Gatsby threw down silk shirts from a balcony in the bombastic 2013 film. Three years later, the song would make it onto a mixtape playlist that defined a love affair that would upturn my life, eventually sending me to university with an insatiable curiosity for what made humans so lovely, so sad, so brilliant, and troubled. By this time, Lana Del Rey had released five albums and had become a respected musician, lyricist, poet, and music video director.

But I didn’t know this.

To me, and to so many others who had gotten little more than a glimpse of her, Lana Del Rey was a pop princess, all cat-eyes and bouffants and little dresses. So when I purchased her 2012 album Born to Die last summer as pop music for sunbathing, I was floored to find that her lyrics reveal a woman well versed in American music and literature, a contemporary poet in the style of Walt Whitman and Allen Ginsberg, both of whom she quotes outright in her work. Her literary references are seemingly endless, including Robert Frost, Vladimir Nabokov, William Ernest Henley, and Sylvia Plath in a list that is by no means exhaustive. I immediately bought two more records, the companion album Paradise and her 2014 album Ultraviolence. By a strange coincidence, her music became a soundtrack to Fitzgerald again since I was reading Tender Is the Night at the time, followed by the essays of David Foster Wallace. I was also immersed in David Lynch’s Twin Peaks. It became a summer of tortured geniuses using hedonism as a means of hiding from despair. Perhaps because she was the only woman in the bunch, I became a little obsessed with Lana Del Rey’s artistry and her uncomfortable, haunting, and sometimes shocking body of work.

Most of Del Rey’s songs wrestle with her overlapping roles as an artist and woman, especially as a lover to problematic men. In her early Born to Die and Paradise albums, there is a candy-coated glamour to being the beautiful muse of the wealthy playboy, a relationship Del Rey depicts with a girlish delight (“Off to the Races” and “Cola”), which sits side by side with a sort of self-destructive plea for salvation from the emptiness of it all (“Born to Die” and “Ride.”) This glamorization of her own objectification was the source of some criticism, and she retired the song “Cola” from her repertoire in the wake of the #MeToo movement, uncomfortable with the now-gauche line “Harvey’s in the sky with diamonds and he’s making me crazy/ All he wants to do is party with his pretty babies.”

Norman Fucking Rockwell! reveals an artist coming into her maturity as a songwriter and lyricist.

Late last August, Del Rey released her sixth album, Norman Fucking Rockwell! The first and title track seemingly reveals an artist coming into her maturity as a songwriter and lyricist. It is being hailed as her best album yet, filled with the kind of hard-earned wisdom that only experience can bring. “Your poetry’s bad and you blame the news. / But I can’t change that, and I can’t change your mood. / ’Cause you’re just a man / It’s just what you do / Your head in your hands as you color me blue.” If the lyrics themselves don’t remind the listener of Joni Mitchell’s iconic album Blue, the instrumentation and Del Rey’s vocalization will take them there. “Mariner’s Apartment Complex” leaves behind the image of the baby-girl beauty queen with the bad-boy daddy and is the first time Del Rey has sung from the point of view of a woman who acts as the anchor of the relationship. The song is an anthem for the sensitive and the beautiful, beginning with the haunting “you took my sadness out of context. . . . I ain’t no candle in the wind. I’m the bolt, the lightning, the thunder.” As she sweeps into the chorus, she makes the change in perspective explicit—and gendered. “[If] you’re lost at sea then I’ll command your boat to me again. . . . I’m your man.”

Released the same week that social media raised awareness for the burning Amazon, Del Rey’s music video for “The Greatest” lamented that “the culture is lit and if this is it I’ve had a ball / I guess that I’m signing off after all” in a kind of swan song that captured the hopelessness of young Americans that had spent the last four years on the steps of capitols, tired of marching, tired of fighting, and too terrified to rest. “LA is in flames, it’s getting hot / Kanye West is blond and gone / ‘Life on Mars’ ain’t just a song / Oh, the live stream’s almost on.” This is the kind of artistry that is also activism. Del Rey has much to add to the social discourse and expresses her perspective without shame, and in spite of those who actively shame her. “The poetry inside of me is warm like a gun,” she muses in “Bartender,” and indeed, guns make appearances in several of her music videos, from pistols to assault rifles. The American culture described by Del Rey is evocative of bleached-out California summers, coke bottles and cocaine, beaches and blacktops, Coney Island at 2am, and a grieving nostalgia for the America of Hallmark, the Beach Boys, and, of course, Norman (fucking) Rockwell. But I think it’s a misrepresentation to say that she is just coming into her maturity as a poet. The richness and depth of her lyrics have been there since the beginning; only her perspective has changed as she moves through the world.

Is Lana Del Rey still Lizzy Grant? In an appropriately Lynchian dichotomy, she exists as both, forever caught in that liminal space between the woman and the artist, the artist and the muse, the muse and the melody.

Despite the complex themes and literary references that color her songs, Del Rey (born Elizabeth Grant) has camouflaged her artistry in the sort of overtly sexual femininity that is still often dismissed and criticized. Ann Powers of NPR drew the ire of Del Rey on Twitter when she called out this persona and criticized its efficacy in NFR! “Never had a persona,” Del Rey quipped. “Never needed one. Never will.” This seemingly obvious contradiction raises a lot of questions about what constitutes a persona, particularly in the days of social media and Instagram, in which we’re all, at least to some extent, forced to build our personal brand. Where do we draw the line between real and artificial? Is Lana Del Rey still Lizzy Grant? In an appropriately Lynchian dichotomy, she exists as both, forever caught in that liminal space between the woman and the artist, the artist and the muse, the muse and the melody. She’s the pop star and the poet and, still and always, just herself. And it would appear that she’s getting tired of the speculation.

I was reading Slim Aarons and I got to thinking that I thought
Maybe I’d get less stressed if I was tested less like
All of these debutantes
Smiling for miles in pink dresses and high heels on white yachts
But . . . I’m not that.

In February, she will release a spoken-word album, and there will almost certainly be a new wave of criticism and speculation about the nature and credibility of her work. Regardless of its reception, it is a profoundly unique and artistic expression that shows Lana Del Rey’s commitment to follow her muse, wherever she might lead. 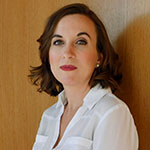 Elizabeth Rae Stevens is an undergraduate student at the University of Oklahoma and an intern for World Literature Today. Her self-published novel Idyllwilde is available on Amazon, and her pop culture podcasts are available at CommonRoomRadio.com.

Photo by Mulyadi / Unsplash Series editor’s note: The poem this week, “The Mothers,” by Arao Ameny, is less of a poem and more of an...
September 16, 2021 | Arao Ameny
Interviews

On Poetry, Buddhism, and Gardening toward Enlightenment: A Conversation with Chase Twichell

As a longtime admirer of Chase Twichell’s powerfully spare poetry that combines the wisdom of her Zen practice with her sharp perspicacity for...
September 15, 2021 | Chard deNiord
Fiction

When the Levees Break

Photo by valkrye131 / Flickr I kiss her & death is the shadow of that loving bird shaking on the pool yet when she turns to look...
September 8, 2021 | Hasan Alizadeh
Culture

Balancing on the Edge of Fashion and Art: A Conversation with Amber Ambrose Aurèle

Photo by Deborah Vaia Amber Ambrose Aurèle is a shoe designer, teacher, and art historicist. In 2012 she graduated as one of the first-...
September 7, 2021 | Margaret Larmuth