The Latest from Georgia, Home of Khachapuri and a Blossoming Translation Scene 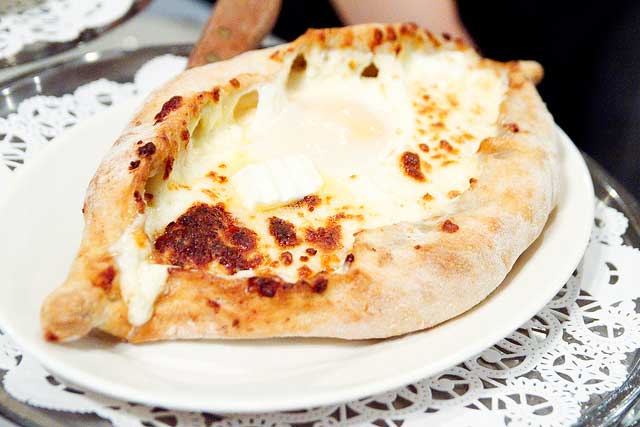 Though the Republic of Georgia has a strong literary past, especially in the medieval era, the Soviet shadow and the country’s singularly difficult language (talk about consonant clusters) have suppressed global access to Georgia’s literature. Still, several English translations have made their way into publication in the past few years, and Georgia’s capital is home to a literary festival.

1) the 2014 anthology film in the Cities of Love series, Tbilisi, I Love You, offers a visual narrative of the way Georgia’s contemporary artists view their capital city, and 2) poetry, music, and art combine in “Miniatures,” a video of Giorgi Kekelidze’s poetry, translated into English, Russian, and German.

If you’re visiting Georgia soon, there’ll be an international book festival at the end of May in Tbilisi. While there, be sure to try khachapuri, Georgia’s tastiest cheesy bread.

For those of us staying home, here’s a recipe for one version of khachapuri. You can read from this list of recent Georgian translations while waiting for your dough to rise:

Included in Elizabeth Heighway’s anthology Contemporary Georgian Fiction, “Debi” was selected as one of Georgia’s Best Short Stories of 2010.

This series published by Dalkey includes four novels newly translated from Georgian into English by some of Georgia’s best contemporary authors: Dagny by Zurab Karumidze, pondering such lofty subjects as religion, art, mysticism, and civilization; Journey to Karabakh by Aka Morchiladze, a Georgian best-seller and the basis of two films; The Literature Express by Lasha Bugadze, a parable of writers traveling by train across Europe; and Adibas by Zaza Burchuladze, called a “‘war novel’ without battle scenes,” depicting desolations of war and consumerism in Georgia. 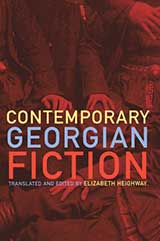 Also published by Dalkey, this anthology includes nineteen of Georgia’s contemporary authors with pieces focusing primarily on the period after Georgia’s liberation from the Soviet Union. 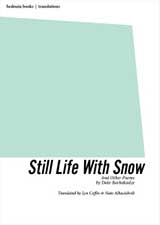 Still Life with Snow and other Poems

Barbakadze, considered one of Georgia’s most exemplary writers, has already been translated into German, French, and Russian. This translation of his poetry was funded through the Ministry of Culture and Monument Protection of Georgia. 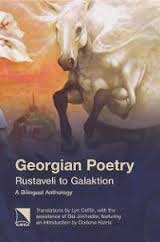 A bilingual anthology of Georgia’s older history of poetry, beginning with Georgia’s most famous poet, Shota Rustaveli, author of the Georgian national epic poem “The Knight in the Panther’s Skin.”