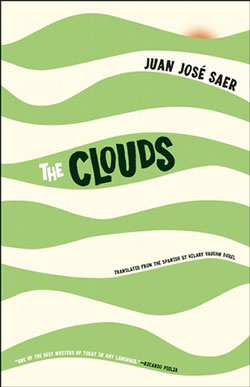 Doctor Real’s manuscript, located on a computer disk found by Pichón Garay, describes his trip with five mental patients to a recently constructed asylum in the nineteenth century. Combining tragedy with comedy through various characters, including a nymphomaniac nun, the novel explores themes of exile and madness. 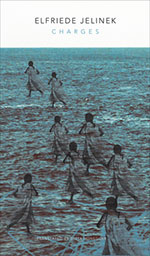 With the refugee crisis and rise in the number of displaced people around the world, Charges questions Western perceptions of refugees and our ethical obligations to them. Spanning the views of refugees from ancient Greece to the present, this work considers both the suffering of those fleeing oppression and death, as well as their representations in the media and the language of the everyday in the West, and how refugees challenge our conceptions of safety and comfort. 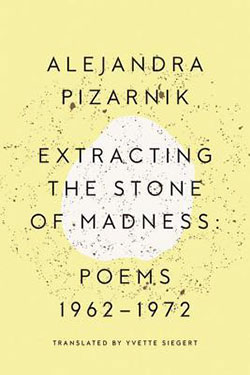 Referencing an ancient medical practice, immortalized in a painting by Hieronymus Bosch, Alejandra Pizarnik’s collection of poems explores themes of depression, childhood, death, and the border between language and silence. Her poetry from the last ten years of her life, before her suicide at the age of thirty-six, is the first full collection translated into English and filled with a trepid balance between frenzy and melancholia. 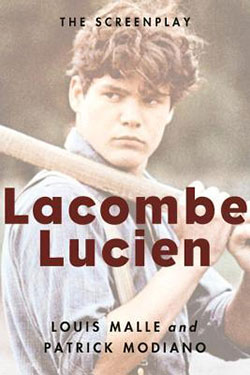 Set in a small French town during World War II, the screenplay for the 1974 Oscar-nominated film is now available in English for film lovers. Seventeen-year-old Lucien Lacombe joins a gang of fascist collaborators after being rejected from the Resistance. He falls in love with France, the daughter of a Jewish family hiding from the Nazis, and struggles with his feelings for her and for violence.