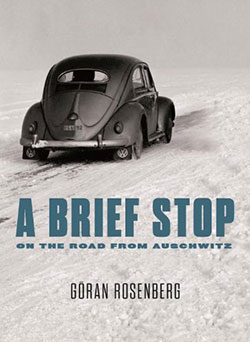 A Brief Stop: On the Road From Auschwitz by Göran Rosenberg

Translated by Sarah Death. Other Press.

After enduring the ghetto of Lodz, the camp at Auschwitz-Birkenau, and many other trials of World War II, a young man must learn how to live after becoming a survivor. This gripping and deeply emotional memoir presents a look into the life of the author’s father, a Holocaust survivor, and the relationship between them. 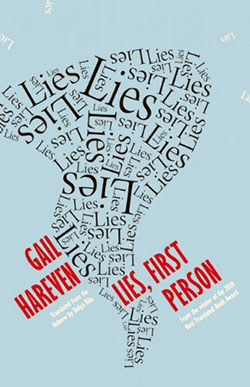 Elinor’s life is thrown into tumult when her estranged uncle decides to come to Jerusalem to give a speech in hopes of getting forgiveness for having written his book Hitler, First person, his attempt to see the Holocaust through Hitler’s eyes. However, sympathizing with Hitler is not his only misdeed, having taken advantage of Elinor’s “slow” sister in the past. As her uncle’s arrival draws closer, Elinor vows revenge. Set in a familiar yet definitively less-glamorous depiction of Paris, a middle-aged office worker meets up with his two childhood friends and searches for new meaning for his life, looking for love and striving for a connection with his son.