Hammering More than a Small Chink into the Obsidian Wall of Ignorance: Melissa Weiss on Margaret Sayers Peden 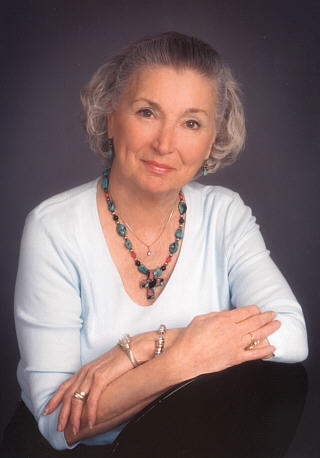 “I think that’s what a lot of us want to do—bring something new to people who wouldn’t have it otherwise. And even though I’ve lost my naiveté about the translator’s ability to make much of an impression, I still get pleasure from hammering even a small chink into the obsidian wall of ignorance we have about other cultures and other literatures,” says Margaret Sayers Peden, recipient of the 2012 PEN/Ralph Manheim Medal for Translation.

Her attempt to bring more literature from Spain and Latin America to the English speaking world resulted in her translating over sixty books, including works by Isabel Allende, Sor Juana Ines de la Cruz, Carlos Fuentes, Juan Rulfo, Cesar Vallejo, and Octavio Paz. Peden started translating while working on her PhD in 1964 with the novella El Norte (The northerner) by Emilio Carballido. She sent her first translated work off to the University of Texas Press, which accepted the novella without requiring any changes and published it in 1970. Since then, Peden has continued to translate novels, biographies, poems, plays, and other genres of literature, although she never again experienced the acceptance of a manuscript “as is.”

Along with her large body of translated books, Peden has received multiple awards, including PEN’s Gregory Kolovakos Award (co-winner in 1992), fellowships from the National Endowment for the Arts, the National Endowment for the Humanities, and the Witter Bynner Foundation, and an Honorary Life membership in the American Literary Translators Association. She is Professor Emeritus at the University of Missouri, and continues to work on translating more Spanish-language authors into English. WLT published her translations of six poems by Claribel Alegría in its May 2007 issue.