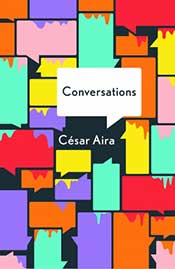 The Argentine story circulates around the conversations that permeate a small café. During one of these conversations, a gold Rolex is seen on the wrist of a TV soap opera’s goatherd. This class discrepancy sparks discussion, and when the TV plot thickens with a mutant strain of killer algae, they are plunged into deeper debate that borders on absurdity. 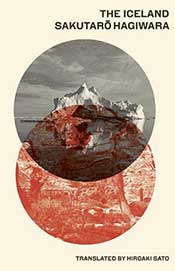 The Iceland by Sakutaro Hagiwara

The Iceland is a modern translation of poetry reflecting the life of its author. Sakutaro Hagiwara describes his collection as a work inspired by his past life as a “disconsolate iceberg that drifts and flows in the extreme regions of the northern seas.” He allows his poems to be filled with his painful life experiences and deep philosophical questions. 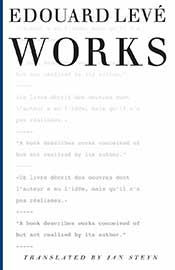 Levé composes his writing with the same ideation found in his art and photography. Rather than a distinct narrative, he presents 533 projects ranging from conceivable to far-fetched while managing to blur the lines between actual realities and imagined ones. Works is a fragmentarily designed work of art that leaves the reader remembering the reason why he first began reading. 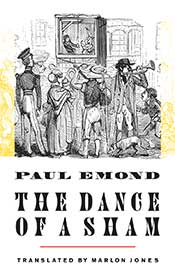 The Dance of a Sham by Paul Emond

The story begins with the narrator as the listener and not the speaker. Although captivated by his friend Caracala’s yarns, the narrator slowly grows doubtful of his legitimacy. In a jealous effort to disprove Caracala’s authenticity, the narrator exposes him as a simple performer. The reader not only begins to doubt Caracala but the narrator as well. This sharp, mind-bending novel exemplifies how we think and process what we are told. 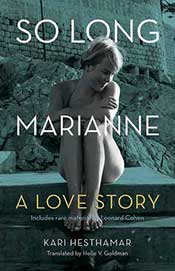 So Long Marianne by Kari Hesthamar

A young woman journeys to the Greek island of Hydra with the writer Axel Jensen. He finds another woman and leaves Marianne to her own devices. Struggling to find her way, she stumbles into young poet Leonard Cohen while grocery shopping. He invites her to join him and friends at their table and the love affair begins. Marianne’s story is one of beauty and self-discovery as she romances two budding writers on a Mediterranean island in its height of artistic enlightenment.

Jeremiah Gentle is a WLT intern and student at the University of Oklahoma where he focuses on international studies.