Reflecting the Possibilities in Translation: A Conversation with Allison Markin Powell Translator Allison Markin Powell discusses her most recent project, The Nakano Thrift Shop, and provides some insight into her approach to the art of translation.

Reid Bartholomew: How did you come to start translating Japanese literature?

Allison Markin Powell: I had been interested in literary translation ever since I was assigned Le Petit Prince in high-school French class. I started studying Japanese in college and translated small projects as a grad student, but the first paying gig I had was for a manga series. It takes a while to break into literary translation, though I do think it has gotten easier because there are many more outlets now—more independent publishers, new literary journals. I came to it through the publishing world—as opposed to academia—because I wanted to understand the process by which books in translation are acquired by publishers, translated, edited, marketed, sold, etc. I met the people who are involved at each stage and eventually found projects that we could work on together.

Bartholomew: What are some of the difficulties about translating from Japanese in particular?

Markin Powell: My go-to answer is that it’s the syntax. Japanese grammar and English grammar are very different, and so because of these variations in the sentence structure, it often means that the reader gets information in a different order. And this can have a significant effect on the narrative impact. As a translator, I can play around with this, but it’s a fine balance between controlling the narrative flow and sounding natural in English.

Bartholomew: How do you typically go about finding work to translate?

Markin Powell: I try to keep up with the literary world in Japan, which is not always easy from afar. I ask friends and colleagues for recommendations, and when I visit Tokyo each year, I try to take the literary pulse, as it were. But I’m lucky enough to work with a few writers who are very prolific and who have many books that have yet to appear in English, so there are already a number of potential projects in my immediate future.

I think it’s important for a translator to recognize their own strengths and weaknesses, and that there are certain writers whose work they complement—and conversely, those whose work they do not.

Bartholomew: What are you most concerned with when you sit down to translate?

Markin Powell: Finding the voice. This is a concern that is usually addressed before I even agree to translate a work—I have to hear the voice in my head first and feel confident that I will be able to convey that in English. Of course, there’s always the fear that “my” voice is what will creep into the text. In terms of style, I think it’s important for a translator to recognize their own strengths and weaknesses, and that there are certain writers whose work they complement—and conversely, those whose work they do not.

Bartholomew: What makes a good translation different from a bad one in your eyes?

Markin Powell: I’m an editor too, and I can’t turn that off, so if I find myself editing the translation while I’m reading it, then I just get the feeling that the translation isn’t quite “done” yet. And as I said above, maintaining a consistent voice throughout the text, as opposed to sudden changes in tone or register, can have a significant effect on the way that the work is received.

Bartholomew: How big of a presence is the author—outside of the text—in your process?

Markin Powell: Most of the time, not very big. I’ve said before that I don’t necessarily find the author to be the authority of the work, once it’s finished. Sure, there may be technical questions they can answer. But once it’s written, the work takes on a life of its own, and I try my best to convey the myriad possibilities that are imaginable within the original version. As a very close reader of the text, it’s not my job to decide the exact meaning but to reflect the many potential meanings.

Once it’s written, the work takes on a life of its own, and I try my best to convey the myriad possibilities that are imaginable within the original version.

Bartholomew: Why did you decide to translate The Nakano Thrift Shop?

Markin Powell: I worked closely with Hiromi Kawakami’s US agent to decide which book should follow The Briefcase (Strange Weather in Tokyo). There are some similarities between these two books. The Nakano Thrift Shop had also been successful in Japan, and it was a favorite of the author’s.

Bartholomew: What were the difficulties and joys that came with translating it?

Markin Powell: Kawakami is such a keen observer, there are so many details that set the mood of the novel and illustrate the characters’ personalities and quirks—I can easily imagine myself there with them and I love disappearing into her world. In this book, some of the characters have very distinctive verbal tics, and it was a challenge to figure out a way to convey these consistently throughout the whole novel. Also, Kawakami describes a lot of food in her writing, and it’s not always easy to make unfamiliar dishes sound appetizing.

Bartholomew: Could you expand on some of the significance of The Nakano Thrift Shop within the cultural context of Japan?

Markin Powell: I recently translated Kawakami’s responses to an interview about the book, and with regard to the popularity of thrift shops in Japan, she referenced the tendency of the Japanese not to let things go to waste. So literally, the setting itself is representative of a cultural context. Then, the cast of characters—each of them vibrant and distinct—forms a sort of quasi-family of misfits. None of them adhere to the conventions expected of them. When I first encountered Japan, it seemed like the prevailing notion in the West was very much “The nail that sticks out gets hammered down.” But now, the idea of quirky and weird “cool Japan” seems to have overtaken that stereotype. The mores of Japanese culture remain quite oppressive, but in my experience the variety of people and practices has always been much more multifaceted than the way Japan is typecast.

Bartholomew: What do you think are some of the key differences between US literature and Japanese literature?

Markin Powell: I find this question difficult to answer because it would require too many sweeping generalizations, on both sides of the equation. If anything, I would say that the structure of the literary and publishing worlds is quite different: in the US, a lot of who and what gets published has to do with the MFA circuit and the intricate network of agents and editors. In Japan, they don’t have the same kinds of graduate programs, so that barrier is not there, and most writers don’t have literary agents, which just means there is a different system to navigate.

Bartholomew: Who are some Japanese authors that have not been translated into English who deserve to be?

Markin Powell: Some colleagues and I put together a list answering this very question. For my part, I am working with a very talented writer named Kanako Nishi, whose books have yet to be published in English. She is much more outward-facing than a lot of her contemporaries—perhaps because she was born in Tehran and spent part of her childhood in Cairo as well as in Osaka. Her writing is deceptively simple yet beautiful, and she establishes an immediate intimacy with her characters.

Bartholomew: What are you reading at the moment?

Markin Powell: I am currently immersed in translating the novel Lady Joker, by Kaoru Takamura (forthcoming from Soho Crime), so I don’t have much bandwidth left, but when I can, I’ve been reading (and rereading) short stories by Grace Paley, Maile Meloy, and Andre Dubus.

Allison Markin Powell is a literary translator, editor, and publishing consultant. Her translation of Hiromi Kawakami’s The Briefcase (UK title, Strange Weather in Tokyo) was nominated for the Man Asian Literary Prize and the Independent Foreign Fiction Prize. Her other translations include works by Osamu Dazai, Fuminori Nakamura, and Kanako Nishi. She lives in New York City and maintains the database Japanese Literature in English. 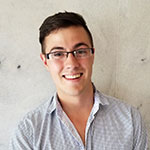