A Terrible Ecstasy: The Poetry of Joanna Pollakówna 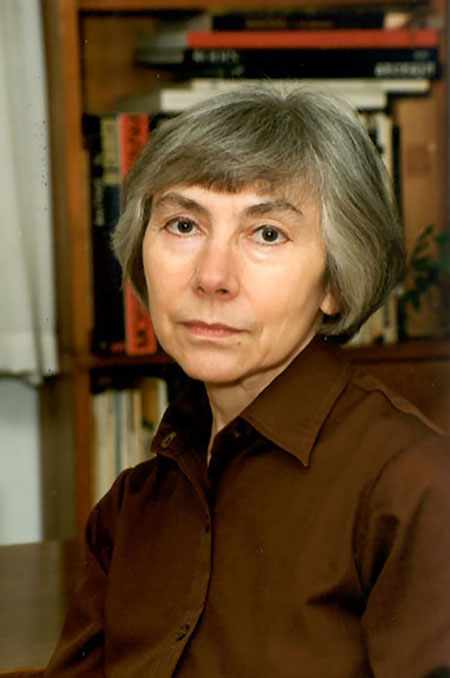 Joanna Pollakówna (1939–2002) authored poems, books for children, art history monographs, and translations. For her work, she received numerous prizes, namely the Kościelski Foundation Prize (1976), the Alfred Jurzykowski Foundation Prize (1992), the Sęp Szarzyński Prize (1993), the Warsaw Booksellers’ Club Prize (1994), the Czesław Miłosz Prize (1994), and the Prize of the Cultural Foundation (2000). For all these achievements, she remains relatively unknown outside of Poland. A first translation appeared in French under the title Avare clarté (2014) in my translation. The three poems accompanying this essay are the first English translations of her work.

In her poem “Ephemeral Affairs,” Pollakówna wrote: “Dainty affairs / playing out at the tenuous border / between the eye and the air. Between daylight and / the nonday of candlelight. / They fall anyways / slide into a negative / into the underside of brightness / into the luminous depth of a painting / behind a shadow growing ominous in the foreground.” Light and nonlight, life vanishing in the background behind the growing shadow of death: these were her safety guidelines, the counterpoints between which she navigated her life.

Between her first volume, Dysonanse (Dissonances, 1961), and her twelfth, posthumous volume, Ogarnąłeś mnie chłodem (A chill surrounded me, 2003), Pollakówna wrote untiringly of beauty/oddity, love/cruelty, light/darkness, pain, death, and faith. Her notations on light focus not only the smallest physical nuances and qualities of light but also on their metaphysical meaning. This intricacy makes her poems unique. Her ability to divine the unseen keeps the reader on his/her toes and requires an attentive reading involving several levels of consciousness, knowledge, and sensitivity. Whether riding astride the earth or emitting cosmic rays, whether losing herself in the insects’ enchanted world or lingering in a Renaissance painting, Pollakówna builds vast cathedrals of emotions, images, and experiences.

Whether riding astride the earth or emitting cosmic rays, whether losing herself in the insects’ enchanted world or lingering in a Renaissance painting, we delight in Pollakówna’s vast cathedrals of emotions, images, and experiences.

Suffering is another frequent theme. Pollakówna ailed from a disease that deprived her of mobility and caused her intense and prolonged pain. Relying on her faith’s concept of suffering as expiation and purification, she never allowed self-pity; instead, she wrote extraordinary lines about the terrible ecstasy and victory of eternal light. Pain is also the theme of a recent volume by Wojciech Kudyba entitled Próba bólu. O wierszach Joanny Pollakówny (Tested by pain: Joanna Pollakówna’s poems, 2016). Peer-reviewed by Jan Zieliński and Andrzej Sulikowski, this study stresses the importance of spirituality in the poet’s life. Exiled from normal human life, Pollakówna became a wanderer through this earthly life. Unfettered by daily encumbrances, she was able to see what remains unseen by most of us.

In 2012 Jan Zieliński, who splits his responsibilities as professor of literary history between Cardinal Stefan Wyszyński Catholic University in Warsaw and the University of Fribourg in Switzerland, gathered, edited, and published the entire poetic work of Joanna Pollakówna, Wiersze zebrane (Collected poems). That same year, twenty-five of her essays on painting, with the poetic title Zapatrzenie. Myśląc o obrazach, myśląc o malarzach (Daydreaming about paintings and painters), were published under the direction of her husband, translator Wiktor Dłuski. This thoughtful volume contains analyses of Renaissance, Dutch, and Spanish masters, French symbolist painters, and twentieth-century Polish artists.

Following these publications, Zieliński organized the first international conference about Pollakówna’s work in May 2014 at Cardinal Stefan Wyszyński University. Dedicated to both her poetry and her art criticism, the conference proceedings were published in the volume Strony Joanny Pollakówny (Aspects of Joanna Pollakówna, 2017), which completes this “trilogy” marking the rebirth of the poet’s work.

Nona Faustine, In Praise of Famous Men No More, 2019, courtesy of the artist and Two Palms, © by Nona Faustine In Fantasy America...
April 28, 2021 | Michelle Johnson