Translating into Familiarity: A Conversation with Ekin Oklap Ekin Oklap discusses her personal journey to becoming a translator and provides some insight into her experiences with translating her current project, Orhan Pamuk’s The Red-Haired Woman.

Iclal Vanwesenbeeck: Ekin, please tell us about yourself and your journey as a translator.

Ekin Oklap: I was born in Izmir, but when I was two, my parents moved to Milan. I went to an international school where all the classes (except for Italian literature) were in English. So, I grew up trilingual, speaking Turkish at home and English and Italian at school. I moved to the UK for university about ten years ago and have been living there since. In a sense, I’ve always been “translating” myself, my thoughts, into Turkish, or English, or Italian. My journey as a translator began about five or six years ago, when I found out that Orhan Pamuk was looking for someone to translate the catalog he was writing for his museum. I offered to have a go myself, translated a short text as a sample, and ended up translating the catalog itself, The Innocence of Objects.

Vanwesenbeeck: Some of Pamuk’s translators, such as Maureen Freely (Enlightenment) and Erdağ Göknar (Nomadologies), are also writers and poets. Do you write fiction or poetry?

Oklap: Only in my head! I would love to write novels one day, but it requires a level of determination and stamina I don’t seem to have . . .

Vanwesenbeeck: You have translated the Turkish Nobel laureate Orhan Pamuk’s A Strangeness in My Mind (2015), which was shortlisted for the Man Booker International Prize in 2016, and you are currently working on the translation of his latest book, The Red-Haired Woman (coming out in August 2017 from Knopf). What drew you to Pamuk’s stories?

Oklap: The same thing that draws anyone to any story: the feeling that there is something there that speaks to you, perhaps because you recognize something of yourself or of your own circumstances—or maybe the landscape is totally alien, but still feels somehow familiar, and you are able to understand or feel something about yourself and how you fit into the world precisely because the story you are reading allows you to step outside of yourself and into someone else’s vision of the world. There is a scene in A Strangeness in My Mind where the hero, Mevlut, is watching a neighborhood football match, and halfway through the game, the crowds start chanting his name. It’s one of my favorite moments in the book. I have almost nothing in common with Mevlut, but I think I know exactly what that moment would have felt like for him.

Vanwesenbeeck: Is there a Pamuk story (novel) or character that you find yourself going back to? What is your favorite Pamuk novel?

Oklap: In answer to the second question, it has to be A Strangeness in My Mind. It was the first novel I ever translated, and it will always be special to me. I do also feel that it is objectively a special book, an everyday epic. I think we all feel there is something in us that makes us unique, perhaps even a little “strange.” For me, that feeling is the heart of this novel.

I think we all feel there is something in us that makes us unique, perhaps even a little “strange.” For me, that feeling is the heart of A Strangeness in My Mind.

Vanwesenbeeck: I would also like to ask if there is a passage in A Strangeness in My Mind that you are particularly proud of or one that kept you up at night.

Oklap: I was particularly proud of the last couple of pages of the novel. I remember rereading the translation and realizing that my emotional response to the translated text was identical to my response when I’d first read those pages in Turkish. To me that meant I’d managed to translate the entire mood of those final two pages.

Vanwesenbeeck: Do you meet with Pamuk for or during translation? When you communicate with him, is it email or handwritten letters, or face-to-face conferences? This question is inspired by the relationship between Modiano and Polizzotti.

Oklap: We discuss translations over Skype. He reads the translation as we go along, and we go through any comments he may have.

Vanwesenbeeck: The 2012 Nobel Prize winner in Literature, Mo Yan, says in an interview that if a translator can convey 70 or 80 percent of the writer’s style, it is a good translation. Would you agree with this statement?

Oklap: Completely. In fact, I’d say if a translator can do that, then it’s a great translation.

I remember rereading the translation [of A Strangeness in My Mind] and realizing that my emotional response to the translated text was identical to my response when I’d first read those pages in Turkish. To me that meant I’d managed to translate the entire mood of those final two pages.

Vanwesenbeeck: In his ninth novel, Pamuk departs from narratives of the Turkish middle class. His protagonist, Mevlut, sells boza (a fermented wheat beverage) on the streets of Istanbul during the biggest economic shift in Turkey. Introduced to us as the epic hero, his tone is at times absurd, eccentric, and yet very tender. What is your take on Mevlut, and how did you go about translating his voice in the novel?

Oklap: Mevlut is obviously an everyman figure but also a lot more complex than he seems. He often appears to be settling for less than he initially set out for—most notably by marrying the “ugly” sister—but actually he is always striving for something, and in the end, he gets closer to what he wants than any of the other characters. Translating his voice was an interesting challenge: all the other major characters in the novel have their own sections in which they speak directly to the reader, but Mevlut doesn’t. His voice echoes through a third-person narrator, and translating those sections was something of a balancing act. 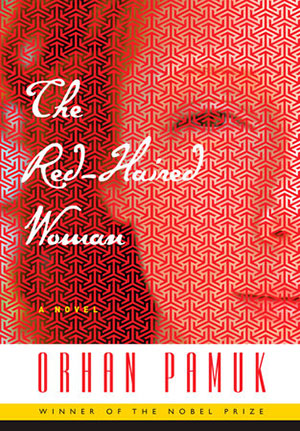 Vanwesenbeeck: Your translation of The Red-Haired Woman is coming out in English this summer. What was the biggest challenge in translating this novel?

Oklap: The Red-Haired Woman is a novel in three parts, each of which are very different, with the third in particular a complete departure in comparison to the first two. Part 1 is all action, and that action takes place within a very short time frame and in a particular setting. Part 2 takes place over several years and constantly references other centuries, other cultures, other countries. And finally, part 3 is a long, forceful, emotional, and at times disturbing monologue. The most difficult aspect of translating the novel was in having to shift gears between the three sections to reflect these changes in tone and pace, while at the same time maintaining the coherence of the original text so that it was always clear that these were three interconnected parts of the same novel.

Vanwesenbeeck: The Red-Haired Woman is quite different from Pamuk’s previous novel, A Strangeness in My Mind. It is interwoven with words and images from Pamuk’s earlier novels. Do you go back and study earlier translations?

Oklap: I avoid reading earlier translations; I think it would be impossible to resist the temptation to try and imitate some of the very experienced translators who have translated Pamuk’s books in the past. But you are right, of course, about the links between The Red-Haired Woman and Pamuk’s previous novels; many of my conversations about the book with others who have read it have indeed been about the historical and mythical themes, the symbolism and imagery. That said, it is also interesting to me how different readers respond to this book. Speaking for myself: when I read it, and especially when I reread it while I was translating it, I couldn’t help but think about the relationship between paternal (and patriarchal) authoritarian state structures and their citizen-subjects. 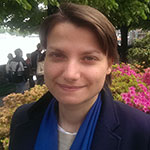 Ekin Oklap was born in Izmir, Turkey, and grew up in Italy. She is a graduate of the University of Cambridge and the School of Oriental & African Studies. She has translated Orhan Pamuk’s The Innocence of Objects, A Strangeness in My Mind (shortlisted for the 2016 Man Booker International Prize), and the forthcoming The Red-Haired Woman. She lives in London, where she works as a literary agent. 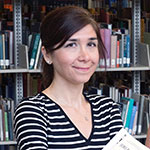 Iclal Vanwesenbeeck is an associate professor at the State University of New York Fredonia where she teaches courses in world literature, global citizenship, and a study-abroad course in Iceland.