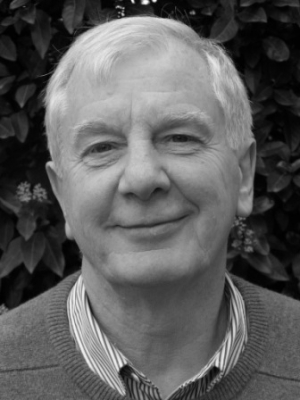 Translator, author, and journalist Nick Caistor has accomplished a great deal over the course of his career, from presenting for the BBC World Service to writing a biography of Che Guevara to winning the Valle-Inclán prize for translation (twice). He recently put his personal familiarity with Argentina to good use in his translation of Pedro Mairal’s The Missing Year of Juan Salvatierra, released in January 2013 by New Vessel Press. The book focuses on a son who tries to recover the artistic life’s work of his father and share it with the world. In a similar sense, Caistor’s translation captures the literature of Latin America and shares it with anglophone audiences.

I spoke to Caistor about switching from Spanish to English, the pitfalls of translating alone, and his firsthand experience of Latin America.

Arthur Dixon: How did you first learn your languages? Do you translate from Spanish the way you do because of how you learned the language?

Nick Caistor: I first learned French at school and university. In my day, there was a lot of rote learning and vocabulary and verb lists. These became imprinted on my memory, so they came back to me many years later. But because of this way of learning, I was not always confident of speaking French until I lived in France for a few years. With Spanish it was the other way round. I went to live in Argentina and learned to speak it first before studying the grammar properly. I’m sure this has meant I am more confident about translating dialogue from the Spanish (though it took me some time to realize how idiosyncratic Argentine Spanish is).

AD: How do you decide which dialect of English to use as your target language? In The Missing Year of Juan Salvatierra, I noticed you used the word “mom” rather than “mum.” Was this a conscious decision?

NC: I am very aware that the book is set in Latin America, so that perhaps the American dialect might be more appropriate in English, but I tried to make it as unspecific as possible. I left it to the editor in the USA to change anything that seemed to him too “English”—in this case, “mum.”

AD: How did you preserve the essential sense of place in The Missing Year of Juan Salvatierra while switching its language? Do you think sense of place suffers in translation?

NC: Yes, the sense of place does suffer, but the translator can help in various ways (such as by including the original language). In Salvatierra, I hope the reader can identify with the sense of a small, enclosed world that is on the edge, on an estuary, and at the same time open to a much wider space.

AD: How do you communicate potentially unfamiliar cultural elements (such as maté) in English without making them sound over-explained or unnatural?

NC: I think you have to do a bit of explaining, possibly only once when these terms are first mentioned. I avoid footnotes and think that anyone really interested can consult Google, etc.

AD: I noticed you keep the Spanish “che” as a form of address, but change the term “don” to “boss.” Do you prefer to leave in a good deal of the original language or to remove it as much as possible?

NC: I prefer to leave a good deal in the original, to remind the reader that the translation is after all an illusion, and that the story is taking place in a country where they don’t speak English.

AD: Since the translation is “an illusion,” is it the translator’s duty to inspire the reader to look more closely into the original language and culture?

NC: Yes, I think that the translator is widening the experience of the readers in English and pointing them toward new worlds to be explored. I was inspired to translate from the Spanish after reading works by Alejo Carpentier, Borges, and Cortázar in English and wanting to know about the culture that had produced them.

AD: You translated Andrés Neuman’s Traveler of the Century in collaboration with Lorenza Garcia. How was the process of translating as a duo different from translating alone?

AD: The Missing Year of Juan Salvatierra is relatively short. How does translating short books compare to translating long ones?

NC: I like translating shorter books like this one. Like the writer, the translator eventually has the whole book whirling around inside his or her head, and so it makes it easier if it is shorter. In this case, I also recorded my translation and listened to it as it went on for a sense of the sound and repetitions, and this is easier if the book is short. But translating long books (like Traveler of the Century) can also be great—where the ordinary reader is caught up in the world of the novel for, say, a week, you as translator are living in it for several months.

AD: Do you think translating has made you enjoy reading more? Do you ever find yourself translating unintentionally as you read?

NC: Yes, I do find myself translating as I read, and it is enjoyable to think to yourself, “How would they say this in Spanish/French/Portuguese?”

AD: How does translation compare to international journalism, as you’ve done for the BBC?

NC: I think the two complement one another. As a translator, you need to know about a lot of different things, and it helps if you have written about them in another context. For example, I knew the region of Argentina where Salvatierra is set because I have worked there as a journalist, and I was able to appreciate the way the small town has become less hopeful, more rundown and despairing because I have followed the ups and downs of recent history in Argentina. Translation is similar to journalism in that you are entering other people’s worlds and trying to make sense of them in your own language.