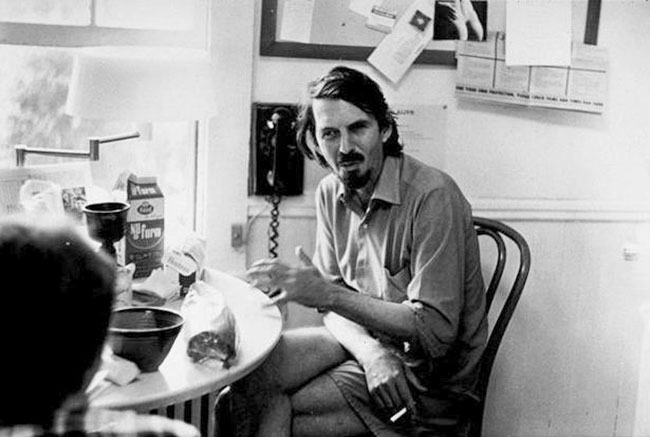 In April, following the death of Yevgeny Yevtushenko, I was digging through a wicker chest with old papers, looking at a colleague’s request for a few letters the poet had written to me. Suddenly I noticed two worksheets with algebraic problems, on the back side of which there was a lightly printed out old email in that very small font so typical for the turn of the century’s Internet correspondence. It was an email from Robert Creeley, sent to a long nonexistent address, in which he patiently answered my questions about two poems of his, “The Language” and “I Know a Man.” This accidental finding struck me: I had completely forgotten about the very existence of my translation—and, it turned out, about the poet’s generous response. Now it all came back to me, albeit not without gaps.

In the spring of 2000, I became interested in Creeley’s work. His abrupt style, his experience, his recognizable diction and mentality were very distant from mine, and maybe precisely for that reason I became so drawn to them. In such instances, I feel an urge to translate a few poems into Russian—something I normally do very rarely. I chose two very enigmatic and concise early poems, not yet knowing that they were two of his best known. It so happened that a friend, Russian poet Alexander Stessin, was at the time Creeley’s student at Buffalo; the two had developed a warm professor-student friendship. Alexander told Creeley about my work, and the poet suggested that I write to him with any questions.

He responded interlineally (the bits of my letter, which is lost, are in italics), generously clarifying the enigmatic places as much as they could be clarified in a medium other than the poem itself. In some cases, his clarifications confirmed my understanding; in some (e.g., the title of the second poem), they completely turned it in a new direction. Most importantly, his answers confirmed the intuitively found tone, the vernacular, the slang, the sounds, and the chimes of the Russian. As it often happens, Russian offered some wonderful phonetic and linguistic possibilities that underscored the tone and the meaning of the English poems.

Creeley’s answers confirmed the intuitively found tone, the vernacular, the slang, the sounds, and the chimes of the Russian.

I am writing these words on the 24th of May 2017 (on the day the Cyrillic alphabet is celebrated) and am suddenly noticing that this is precisely the date of Creeley’s letter: 24 May 2000. Yet this world is not coincidental at all! I hope that my rendering of the two poems is just like that: as noncoincidental and true to the thought and the tone of his confident lines as words uttered in another language can be.

P.S. Oh, and why algebra? At the time, I was a high school mathematics teacher.

Let me help as I can. These poems were written years and years ago! In any case, here goes.

> 5th stanza – can you comment on “again” and the transition to the 6th stanza?
You’ll note that the phrase “I / love you” is in italics, whereas “again” is not. It’s an instance of the previous assertion: “Words / say everything” – that is, “I love you” is [a] fact “again” of [the] statement, “Words say everything.” So (the transition) the question then is, why then “emptiness,” what’s it “for,” given that “Words say everything.” How is it that so much remains empty despite “Words say(ing) everything” – as instance, “I love you.” Certainly a young man’s question!

> Also: “word full of holes aching” – does “aching” correspond with holes or with words – or both?
Words ache, holes cause aching – it all is [a] fact of the same circumstance, emptiness. (Note “word” here is “words” plural!)

> (1) Does the first line continue the title?
No. In American idiom, “I know a man” is a familiar phrase used to imply that one has the right connections, can get what’s needed.

> (4) Who says this: Drive, . . .
See last comment – the end of the initial person’s speaking is the word “drive.” It’s the last word the initial speaker says.

> (6) the last line
Again as the comment for 5 makes clear, it’s the friend in those last lines (following “he sd,” saying, hey man, take it easy, “watch out where you’re going,” where this blasting off to the greater unknown may well take you. Just cool it!

So there you go. Good luck!

Translations from the English
By Irina Mashinski 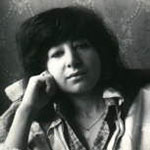 Irina Mashinski is the author of nine books of poetry in Russian. Her work has been translated into several languages and has appeared in various literary journals and anthologies, both in Russia and in the West. She is co-editor of The Penguin Book of Russian Poetry (Penguin Classics, 2015) as well as co-founder (with the late Oleg Woolf) and editor in chief of the StoSvet literary project.