Translation as a Love Affair: Beyond Elsewhere, by Gabriel Arnou-Laujeac 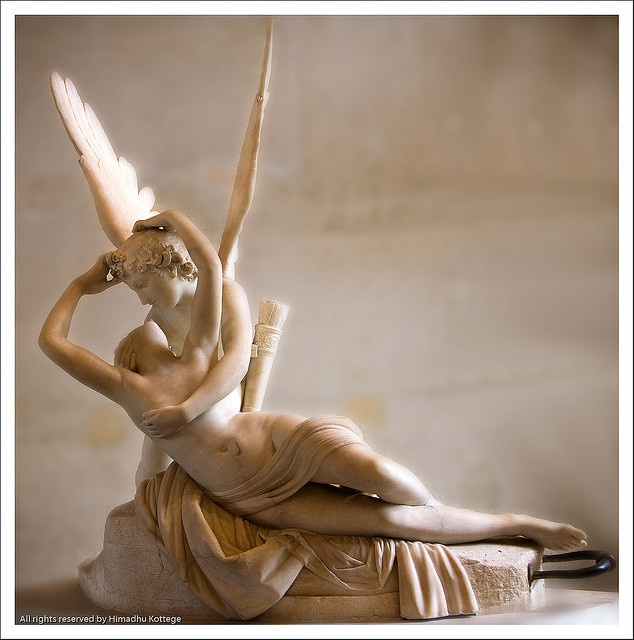 When I first read Beyond Elsewhere (Plus loin qu’ailleurs, Éditions du Cygne), by Gabriel Arnou-Laujeac, I simply fell in love in a way that hadn’t happened since I first read Henry James. It compelled me to translate the book and present a translation panel at this week’s 2015 AWP conference in Minneapolis titled “Translation as a Love Affair: International Perspectives on Creative Process.” Did you ever fall in love with a book? So much that you felt the need to translate it?

Did you ever fall in love with a book? So much that you felt the need to translate it?

I delight in synchronicities. It was uncanny that, right after discovering Plus loin qu’ailleurs, I was invited to the Puterbaugh Festival of International Literature & Culture at the University of Oklahoma to participate in the roundtable discussion “Reading Andrés Neuman,” one of the most innovative and exquisite writers today, whose novel Traveler of the Century—an attempt at a postmodern reading of a classical novel which can also be described as the “total novel,” all-encompassing, poetic, embracing numerous literary traditions, and examining history, politics, feminism, love, dreams, literature and the fantastic—is centered on two translators in love with language.

Beyond Elsewhere is a verse narrative that speaks of exile. It is the odyssey of a soul in search of the absolute, the epiphany of being in love that represents a moment in eternity, at once of distress and salvation, a beacon on one’s path. As poet Maram al-Masri writes in the preface to the French edition, one enters into Arnou-Laujeac’s world “as one enters an ancient forest, a temple, a pagoda—a place, not of religion, but of intense spirituality.”

Beyond Elsewhere is a journey beyond space and time, a wide-open window into the invisible. We travel beyond the known world in a quest for the divine, in search of infinite love, a quest from life’s beginning to meet the other and oneself. It is a hauntingly beautiful long prose poem, a dance that at once touches on the universal and uniquely personal. With his debut collection, Arnou-Laujeac establishes himself as one of French poetry’s most innovative new voices. His writing is lyrical, masterful, exquisite, an opening into the elusive, affirming the absolute necessity of listening to the world. Beyond Elsewhere is a symphonic poem with boundless language, where past and present meet.

Basarab Nicolescu, recipient of the Prix de l’Académie Française, states that “a meteor has recently crossed the French poetic space: Gabriel Arnou-Laujeac. Beyond Elsewhere has been greeted by a burst of praise from major names in the French literary world. What is surprising at first is the strange tone of his book, an evocative resonance of the gap between music, painting, and words. Its musicality is that of psalms and cantatas. The pictorial structure is close to that of William Blake. Words, by a secret alchemy, transcend themselves, beyond what is said in the infinite space of silence. Unclassifiable, Gabriel Arnou-Laujeac’s poem-story nevertheless belongs to the spiritual family that encompasses Rumi and Michel Camus. The second surprising fact is the feeling of total authenticity and organicity. With Arnou-Laujeac, spiritual experience precedes the poetic experience. Of great philosophical potential, his text can be attached to any philosophy. It describes the soul’s journey toward the absolute sun deity common to all religions. Ultimately, the metaphysics of Gabriel Arnou-Laujeac is not intellectual; it is experimental. The reader has the impression of being a duplication of the poet, his spiritual body certainly tied to his physical body, allowing him direct perception without mediation of Reality.”

Beyond Elsewhere brings to mind Baudelaire’s prose poems and philosophy. As Baudelaire states in the preface to Le Spleen de Paris, “Who among us has not, in his days of ambition, dreamed the miracle of a poetic prose, musical without rhythm and rhyme, sufficiently flexible and uneven to adapt to the lyrical movements of the soul, the undulations of reverie, the jolts of consciousness?”

Arnou-Laujeac expresses the alchemy of grace, allowing the work to become a spell, a hymn to love. French critic Sylvie Besson states in Le Nouveau Recueil that in this narrative poem “everything brings us back, indeed, to the past, the source, oceanic feeling, before-world, beyond language. Gabriel Arnou-Laujeac’s poetry conveys a wild carnal and sensual body, animal and glorious, a body of extraordinary perception, distancing itself precisely . . . from all the suffering, melancholy, and despair, all the black visions, sadness, pain. There is in that body something indefinable, which also sets him apart from the sole pursuit of happiness to move toward a very acute sense of liturgy, something that has the power of a new gospel, something that completely changes the dimension of language, a mystical eloquence, an incantatory song, a musical climax that makes Beyond Elsewhere a singular and, without any doubt, unique work.”

And Jean-Luc Maxence, poet, writer. and publisher (Le Nouvel Athanor), tells us that“unparalleled psalms, forbidden hymns exist in Gabriel Arnou-Laujeac’s unusual and sacred way of dying in ‘this inverted world.’ This is often of an almost liturgical beauty.”

Translation is a craft. It is also an inspired act, a negotiation.

“Translation is a kind of transubstantiation; one poem becomes another,” writes Anne Michaels. Translating Plus loin qu’ailleurs was a challenge in many ways, with its concise style, lyricism, play on words, and spiritual dimension. Translation is a craft. It is also an inspired act, a negotiation. To quote Henry James, “We work in the dark,” from that intuitive place. It becomes an act of revelation, the ultimate act of sympathy. 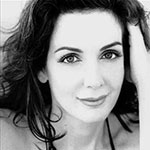 Hélène Cardona is the author of Dreaming My Animal Selves (Salmon Poetry), The Astonished Universe (Red Hen Press), and Life in Suspension (forthcoming from Salmon Poetry in 2016). Her translations include Ce que nous portons (Éditions du Cygne), based on What We Carry, by Dorianne Laux; and Beyond Elsewhere, by Gabriel Arnou-Laujeac (forthcoming from White Pine Press in 2016). She holds a master’s in American literature from the Sorbonne, taught at Hamilton College and LMU, and received fellowships from the Goethe-Institut and Universidad Internacional de Andalucía. She co-edits Dublin Poetry Review, Levure Littéraire, and Fulcrum: An Anthology of Poetry and Aesthetics.