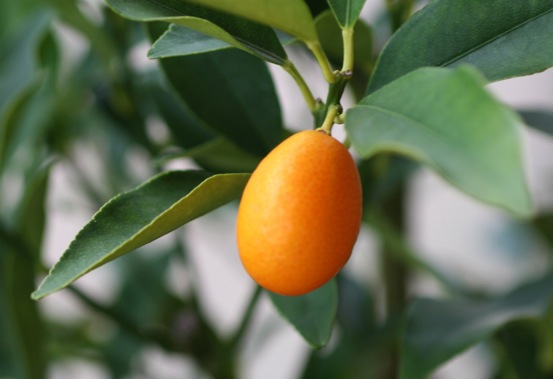 Juan Gelman’s prose poems remind his translator of “eating juicy kumquats, tart little explosions of flavor.” In her attempt to generate versions of his poems that capture both their startling imagery and delicious musicality, Lisa Bradford found it crucial to maintain this conflictive pairing, often evoking a visceral response from readers.

“The translator of prose is the slave of the author, and the translator of poetry is his rival,” wrote Vasily Zhukovsky, nineteenth-century Russian author and translator of the English Romantics, and although I cannot speak for all translators, I have recently discovered that the second half of this dictum may sometimes be true. There is, no doubt, an ethical responsibility to the originating poet, but a seminal, loving response—“respons-ibility,” to quote Manuela Perteghella—drives us translators to boldly and even competitively reengender figures in our quest to produce captivating poems in English that measure up to the original text.

As a translator of poetry, transplanted from Ohio to the Pampas, I have often envisioned my craft as both a regeneration of delight and a grafting of cultures. As I begin to read a poem in Spanish, I immediately imagine the words growing in sundry colors and hear them singing in new environs, but a piecemeal approach rarely works. Shelley’s analogy captures the truth of the process: a translator should not merely grind and distill a verse’s petals but rather grow a poem from a passionate seed, as does a writer. It is a challenging and pleasurable activity, rather like cultivating exotic plants and, as such, as satisfying as it is frustrating. Those blooms and fruits, moreover, now and then take on scandalous shapes, so much so that, at the end of the season, some posies must be dismissed or pressed in personal books. Nevertheless, I had never thought of this as a rivalry, until just lately.

Take, for example, my most recent project, Cólera buey (1965/71; Oxen rage), a watershed collection of poems by Argentine poet-in-exile Juan Gelman. Known for his moving lyricism and social commentary, this recipient of the prestigious Premio Cervantes has published twenty-plus books of verse, the last of which, Hoy, was just released in May of this year. Though most of these books were written during an exile that began in 1975 with the military dictatorship of Jorge Videla and deepened with the “disappearance” of his son in 1976, Cólera buey came to life between Argentina and Cuba and garnered him recognition throughout Latin America. Composed with his customary penchant for rewriting the Argentine lyrical past and social present, this is a diverse volume, made up of more than 150 poems divided into 11 parts, two of which are designated as “Translations,” thus initiating Gelman’s inspired use of pseudotranslation, “com/position” (“generative translation”), and intertexually driven commentaries and citations, all grounded in a conception of translation as a con/versational and creative art form.[1] Rife with speculation and uncertainty, this is a book of ruminations, written in language at times unorthodox and full of quirky coinages, often playful and paradoxical, always musical and richly imaginative.

In the pithy prose poems of my selection for World Literature Today, Gelman dryly mulls the task of the poet in times of injustice, rage and revolution. One reads these brief poems expecting a story and instead discovers flashes of intense euphony and poignant irony. Seemingly simple as regards vocabulary, they are chock-full of translation quandaries that demand inventive and sometimes daring solutions.

Many of these prose poems remind me of eating juicy kumquats, tart little explosions of flavor. In my attempt to generate versions that capture both the startling imagery and delicious musicality, it became crucial to maintain this conflictive pairing that frequently evokes quite a visceral response from readers. For example, in “Comely Company,” I needed to create a similar twofold zest: a seedy, sour kumquat dipped in powdered sugar. In order to achieve his, I felt compelled to alter the face of a bird—though not his manners—to re-create the alluring sounds of Gelman’s expression. My first version read:

The final words, “beautiful vulture,” echo each other with their long u’s, but there is no alliteration to accompany the assonance, so the heightened wit of the resonant “bello buitre” falls to the wayside. I eventually came up with “comely carrion crow,” which is lyrically more ironic, though it lost the caped villainy of the vulture. Some may associate the vulture with devious evil because of its bald neck and hunchback stance, more so than with the crow, but the image of a bird pecking away at the speaker’s live intestines seemed to me more disgusting than a vulture’s appearance. Thus, in order to re-create a comparable chiming in the poem, the vulture became a crow, and almost became Poe’s raven as I had at one point ended with “quoth the comely carrion crow.” Though I liked the sound, it’s one thing to morph the bird and another to push the lost Lenore onto the stage. In my next version, the gnawing question regarding what the speaker is feeding on and the revelation of his various faces are enhanced with the painful and resounding long a’s and e’s in the words of the crow:

All that made for a very fresh kumquat, according to my palate, but when I received the proofs of the poems that WLT was going to publish, there was an accompanying image of a crow, which seemed to be scolding me for my licentious translation behavior. By the same token, I was reminded of the thoughtful question translator Katie Silver posed as I discussed these poems at a group session during the Banff International Translation Center program this year: “Who are you translating for? English readers or the author?” Quoth the raven: Who am I performing for? Can a crow get work as a vulture? Has my greenhouse created a mutant love-child? Or is this a co-rivalry between poets?

Fortunately, the poet—who is a translator himself—has allowed and even encouraged me to take liberties when, for reasons of euphony or rhythm, a more literal approach would fall flat, and though our con/versations have been rich and invariably friendly, he will sometimes draw a very firm line. I shot an eleventh-hour email to him, explaining my decision and, I suppose, asking him to bless my beast. His answer was short and tart: “Dear Lisa, it’s a vulture.” I could hardly ignore that directive, though not a few readers had come to love this comely carrion crow.

One of Gelman’s most famous and popular poems, “Regarding Poetry,”[3] may shed some light on this conundrum. It begins by commenting on the lack of readers of poetry and the lamentable status of poets to then relay the story of an uncle, tío Juan, who sang tweet tweet till the day he died (probably from inanition), finally turning into a little bird that continued to chirp and chirp on its ride to the city crematorium (a harassingly uncomfortable embarrassment to some). The final quartet reads:

in the most unusual of circumstances /

just so you will love me.

Was my transfiguration due to rivalry? Had I been infected by Gelman’s flare for generative translation practices? Perhaps a bit of both. In any case, similarly lacking in readers and funds, the translating writer must grant a poem new life by cultivating fresh and tasty fruit, if only to receive some crumbs of love, especially from the poem.