Two Reflections Only: Collaborative Translation and the Poetry of Donaldas Kajokas 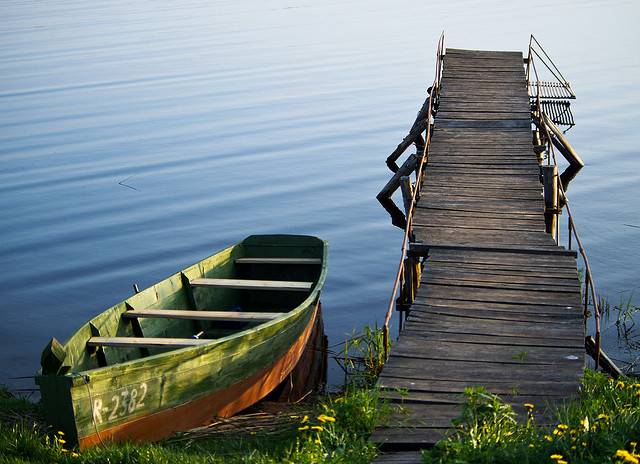 The image of translation as an essentially lonely business has slowly but surely given way to a fairer, more accurate picture. Even when a translated text bears the name of a single translator, it is often the result of a collaborative effort. In the course of his or her work, the translator has likely consulted native speakers of the source language about various nuances in the original, and has just as likely shown his or her drafts to trusted readers with a good ear for the target language. This is collaboration at the proximate level. But the translator has also – almost certainly – relied on the work of lexicographers and scholars. That too is a form of collaboration. None of this is to say that a translator has no right to claim single authorship of his or her text. If most of the finished product has been composed by a single person, and is born of that person’s engagement with a text in the original language, then it is his or her own translation – though one should still offer a note of acknowledgment to those who have been of great help along the way. However, the recent successes of translation teams – most notably Richard Pevear and Larissa Volokhonsky – have focused attention (in as much as anyone pays attention to the still mostly invisible act of translation) on translations that are more obviously collaborative: texts composed by a native speaker of the source language, and then reworked by a native speaker of the target language in constant consultation with his or her partner.

The work of collaborative translation can be difficult and humbling, but few things are as liberating as those long conversations about language and literature that I have shared with my colleagues and friends.

I have tried my hand at all sorts of collaborative translations, in a number of languages. I was born in the former Soviet Union, have studied Russian literature and culture in the United States for some years, and have been translating from Russian since my mid-teens – with what I hope are steadily improving results. At this point, I can somewhat confidently claim a translation of Russian poetry or prose as my own. But I have also been lucky enough to work with extraordinary partners on several Russian-to-English projects, whose contributions to the texts have been, to say the least, just as significant as my own. Chief among these are David Stromberg and, for the past three years, Irina Mashinski, a brilliant Russian American poet whose ear is as sensitive to English as it is to Russian. Irina, who has lived and breathed Russian poetry her whole life, can shed light on the darkest corners of a Russian poem, bring out its subtlest effects – effects that I might otherwise ignore, but that I can then attempt to approximate in English with Irina’s help. And this is “my” work on Russian texts. When working on translations from a language I have studied – one that I love, but in which I will never feel entirely at home – my dependence on a partner is absolute. Such is the case with the Polish translations on which I’ve collaborated with my good friend, the remarkably gifted American poet Piotr Florczyk, who is amphibiously at ease in both Polish and English. (The man was also a competitive swimmer in his youth.)

When translating from Polish, Piotr and I work in tandem hitch, and I am clearly the rear horse. But recently I have begun to collaborate on translations from Lithuanian. Once again, I am working with a language and literary tradition that have inspired me; in this case, however, I have only begun to study them. This is a hitch of a different sort, and requires a different arrangement. The poet I have been translating, Donaldas Kajokas, was born in 1953 in Prienai and published his first collection, The Earth as Heights (Žeme kaip viršūnėmis), in 1980. He has published seven collections of poems since then, along with four volumes of essays and two novels. Among his many awards are the Lithuanian National Prize (1999) and, this past year, the Baltic Assembly Prize for Literature. He has come to be recognized as one of the most original voices of his generation. As many fellow poets and scholars have noted, Donaldas has brought an Eastern mentality and aesthetic to Lithuanian poetry. Like koans, his poems are highly economical in form, meditative in mood, and provocatively paradoxical in content. Yet they also employ – or echo – classical Western forms, and are often rich in rhyme. One of his early poems, drawn from his first collection, puts all these qualities on display:

Given knowledge of Roman letters and some familiarity with poetic form, even those with no Lithuanian can recognize the general regularity of the lines, the presence of rhyme/off-rhyme, and, hence, a structure: two envelope stanzas, joined into a single octet, but severed syntactically – that is, separated into two clauses by a semicolon at the end of the fourth line. With the help of a dictionary or automatic translator, one may get the general gist: Two boats are approaching one another on a soundless body of clear water; the birds welcome them, crying; the speaker feels the addressee’s hand of wind caressing him; but the two boats sail past each other empty. So far, so good. With some version of that reading and some sense of the form, one may make a poem in English. But the last line is difficult. Translated more or less literally, it reads: “because we are only reflections in them.” This is an odd image, and a purely logical reading would have the two people in their respective boats reflected in the water. But this is not what Donaldas had in mind, and not what his words say. I wouldn’t be sure about this without help not only from Donaldas (with whom I can speak Russian, but who does not read English), but from my collaborator on these translations, Donaldas’s daughter Kotrina Kajokaite, who is perfectly bilingual in Lithuanian and English.

My years of collaborative translation from Russian and Polish have taught me many things, the most important of which is to ask the right questions of my partners. Reading through the poem, I asked Kotrina about each word and turn of phrase: Is this an idiom? Am I right about the grammatical relationship between these words? Have I found the right register and tone? We would then consult with Donaldas, asking whether the liberties we had taken in order to make a poetic text in English were justified: Could we change the syntax? Throw one word or another overboard so as to preserve a feature of greater importance to the cumulative effect? The resulting translation is imperfect, but it met our collective demands:

We are approaching, and our light boats glide
across clear water without any sound,
and only terns now flutter in the wind,
bidding us welcome as a light blue flight;
and now my ears fill with their raucous calling,
and now I feel your windy hand’s caress,
and yet two empty boats go sailing past.
We dwell in them as two reflections only.

In describing my dependence on my translation partners, I cribbed a phrase from Brodsky’s Nobel lecture. In full, Brodsky’s sentence reads, “This dependence is absolute, despotic; but it unshackles as well.” He was speaking about the writer’s dependence on language, but his words apply just as readily to the relationship between collaborating translators: This kind of work can be difficult and humbling, but few things are as liberating as those long conversations about language and literature that I have shared with my colleagues and friends. And few things are as rewarding as the translations that have emerged from my collaborations with Irina, Piotr, and Kotrina, though we may dwell in each of them “as two reflections only.”

Boris Dralyuk has translated and co-translated several volumes of poetry and prose from Russian and Polish, including, most recently, Dariusz Sośnicki’s The World Shared (BOA, 2014), with Piotr Florczyk, and Isaac Babel’s Red Cavalry (Pushkin Press, 2015) and Odessa Stories (Pushkin Press, 2016). He received first prize in the 2011 Compass translation competition and, with Irina Mashinski, first prize in the 2012 Brodsky/Spender translation competition. He is co-editor, with Robert Chandler and Irina Mashinski, of The Penguin Book of Russian Poetry (Penguin Classics, 2015) and the editor of 1917: Stories and Poems from the Russian Revolution (Pushkin Press, 2016).