Mo Yan and the Technicians of Culture 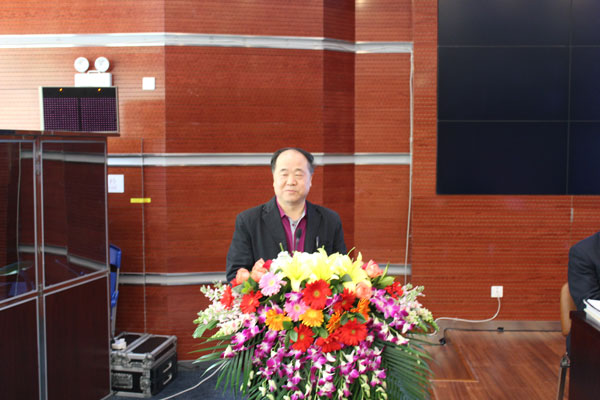 Shortly after China woke up to the news on October 11 that a Chinese national had won this year’s Nobel Prize in Literature, a storm of discussion raged throughout China’s social media networks that has yet to abate. The news was met in the rest of the world, however, with something more akin to a raised eyebrow, one signaling behind-the-scenes knowledge that sanctions one to go about daily business without further thought on the matter. Statements by global art phenomenon Ai Weiwei, dissident writer/journalist Liao Yiwu, and others who condemned the choice certainly fueled this turn to political reductionism, but much of the blame for a regrettable missed opportunity falls squarely on how literature gets covered by the media.

So far, one distinction has failed to appear in the public discussions of the “Mobel” (Mo Yan + Nobel)—the difference between literature and explicit political activism. The distinction is one signaled by the fact that there are different kinds of awards. The “peace prizes” awarded to Liu Xiaobo (Nobel) and this year to Liao Yiwu (Peace Prize for the German Book Trade) create moments to reflect on how human lives have been laid down in service of human rights and struggles for dignity against overwhelming odds. These winners are heroes. Their life circumstances and the choices they made are their primary credentials, and the sacrifice for this work reveals a heroism most of us cannot imagine.

Novelists and poets, however, are not heroes in this sense, and they receive awards according to the cultural prestige they accrue based on their creative contributions to literature and culture. The Newman Prize (which Mo Yan won) and the Neustadt Prize (for which Mo Yan was nominated in 1998) are awarded, like the Nobel Prize in Literature, on an artistic basis that does not diminish peace prizes but complements them by way of further clarifying the work of our cultural heroes. Such a distinction is essential and should be vigorously protected. In such troubled times, we must remember the value writers have—the value of inventing new language to keep pace with the rapidly transforming world around us. We are not so different from the provincial characters that populate Mo Yan’s novels in our struggle to gain traction to offset the cataclysmic global forces that swirl around us. But who among us can make the unseen seen and bring the inarticulate force of pain, loss, and paralysis into blisteringly lively prose?

Running reductionist pieces that diminish an author’s status in the global political theater discourages people from reading literature (especially literature in translation), and this is poor stewardship of our common culture. Simply put, public intellectuals need to urge people to read and engage more rather than providing an escape clause, a way to avoid reading with the excuse of already having sound bites for water-fountain conversations about the Nobel Prize. Such reductionism would not be a problem if it were not for the fact that topics like Chinese literature seldom find their way into public discussion. There is far more going on in Chinese literature at this historic moment than the language of journalism and Twitter feeds can even touch on, and there is far more at stake as well. We must look more closely at how we “talk” about our epoch of global transformations without borrowing vocabulary from earlier times and mapping current events with outdated understanding. In regard to Mo Yan receiving the Nobel, it helps to think of literature as a technology and innovative writers as something more than “stylists” or “storytellers” (one shifting attention to the surface, the other to the content). Writers are technicians of culture. Such arguments may have fallen on deaf ears at the height of scientific utopianism, but in our day no one can argue with the idea that culture and a clear understanding of culture lie at the core of every successful human relationship (be it personal, diplomatic, economic, or one expressed through war). We live in a time when Western lives depend on transpacific capital but have very limited engagement with the perspective made available every day in the works of China’s many novelists, poets, and playwrights. Of these writers, the most innovative technician is Mo Yan.

Twitter is still abuzz with Mo Yan’s prize two weeks later, debating how his cultural capital, now being conferred upon China itself, will impact geopolitics. But to understand how such capital will affect new forms of human consciousness on the other side of our shrinking world, one must turn to literature. In Mo Yan’s novels we find a language described by the Nobel committee as “hallucinatory realism”—language that brings to life worlds so unlike our own that they cannot be “real.” Rather than reading Mo Yan’s work as “magical” or “hallucinatory” realism, to avoid reading Chinese literature monoculturally in Western literary terms, I introduce my students to the Chinese philosophical ideas active in classical Chinese literary works like “The Story of the Stone” (also known as the “Dream of the Red Chamber”), in which the Buddhist notion that a phenomenon is neither real nor unreal (from Tiantai and other sources) gives readers a point of access to the destabilizing effect of Mo Yan’s writing style. From the provincial perspective of Mo Yan’s characters, the world cannot be confirmed or denied because it is constantly in flux. From the viewpoint of his readers, we are the provincial ones, left wondering if his stories are simply not real or the more perplexing notion that they are equally “not unreal.” Mo Yan’s language is very real in the sense that his multitextured, heterogeneous, raucous, sensual, and challenging prose is here, waiting in Howard Goldblatt’s masterful translations for English readers to discover what both Chinese and European readers have long known: Mo Yan is a singularly important cultural technician of the transpacific epoch in which we live.

In order to proceed further, we must actually talk about the literature, which, contrary to rumor, is not elitist, boring, or academic. It is simply different from the language of journalistic prose and cannot be easily “tweeted.” The “not real, not unreal” nature of Mo Yan’s prose is evident in his short story “Iron Child.” In this story, he takes his readers into a world where children, who are slowly starving to death, shift from living (human) beings to postliving (demon) beings. Because Mo Yan’s readers occupy our own limited cosmological perspectives, we can barely discern the moment when this shift takes place, when the young protagonists cross the invisible line from buoyant presence to haunting absence. Mo Yan cleverly (as always) reveals this “present absence” through having the child-demons live on the suddenly soft and tasty iron railroad tracks upon which the twin forces of urbanization and globalization destabilized the countryside. Mo Yan’s images flicker between alternating dimensions of reality in this story just as they do in his masterpiece, Sandalwood Death, which took him five years to write.

In Sandalwood Death, trains newly introduced to the Chinese countryside phase-shift into conduits of demonic forces that run on the energy they absorb from the graves beneath their newly laid tracks, from the traditional queues of young men that are forcefully cut off by the German rail companies, and, most importantly, from the rerouting of natural fengshui (natural energy meridians that run through the land and maintain balance and well-being). It is often difficult to know whether Mo Yan or the folks he portrays in his novels see such phenomena as “real,” but it is impossible to say that the worlds he makes visible and audible (Mo Yan is an extremely auditory writer) are unreal either. Howard Goldblatt, Mo Yan’s only English translator, has described him as an autodidact—a genius, in fact, but one who remains closely connected to his indigenous environment and the language spoken there. In order to write his stories, he reinvented the novel and restructured language itself by fusing vernacular traditions, local vocabulary, and high literary influences (from classical Chinese and Western fiction) into a singular, wildly new, textual world. If you are game, these new worlds now exist due to Mo Yan’s linguistic and aesthetic innovations. The only question is whether Western readers can be convinced that this literature is worth reading. The New York Times reporter Didi Kristen Tatlow ended her October 12 “View from Asia” piece with this question: “Can great, lasting literature come from there [China]? The Nobel committee thinks so. Do you?” Obviously, the answer is a resounding “yes” (which I think Ms. Tatlow likely also believes). The more pressing question for Americans (but equally hyperbolic, to be fair) would be whether “great lasting literature in translation can find a reader in America?” I think so, do you?

Jonathan Stalling is Managing Editor of Chinese Literature Today and an Associate Professor of English at the University of Oklahoma, specializing in American, Chinese, and transpacific poetry and poetics. He is the author of Poetics of Emptiness, Grotto Heaven, and Yíngēlìshī; is a co-editor of The Chinese Written Character as a Medium for Poetry: A Critical Edition; and the translator of Winter Sun: Poetry by Shi Zhi.

Jonathan Stalling is Deputy Editor in Chief of Chinese Literature Today magazine and editor of the CLT Book Series at the University of Oklahoma Press. He is an Associate Professor of English at the University of Oklahoma, specializing in American, Chinese, and transpacific poetry and poetics. He is the author of Poetics of Emptiness, Grotto Heaven, and Yíngēlìshī; is a co-editor of The Chinese Written Character as a Medium for Poetry: A Critical Edition; and the translator of Winter Sun: Poetry by Shi Zhi.