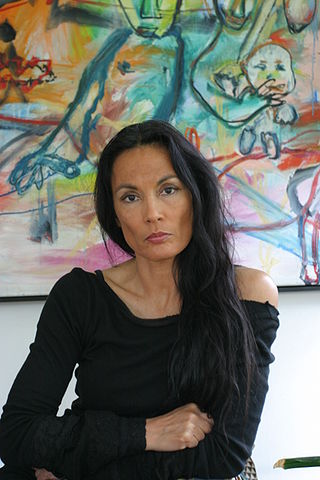 Social media platforms have become a dynamic way for people all over the world to connect with one another. Thanks to these outlets, people can now find others interested in the same activities, be it sports, music, or—our personal favorite—literature. Daily interaction with these platforms allows people to engage in a continuing global conversation.

Social media has also allowed for more creative conversations. Writers, poets, and translators can share their work with, essentially, the entire world. Our managing editor Michelle Johnson discovered one such writer while attending the International Conference on the Short Story in English, this year hosted in Little Rock, Arkansas.

Marion Bloem is a Dutch writer and filmmaker who has taken literary social media to a new level. She is the founder of the Freedom Project, where she invited people from around the world to translate her poem “Freedom” (“Vrijheid” in the original Dutch). The project began in March 2011 and has achieved much success thanks to the connectivity and dynamic nature of Facebook, where the project originated. Over sixty translations of the poem are now available, with more streaming in every day. The poem has been translated into Japanese, Croatian, Tswana, French, Welsh, and Afrikaans, just to name a few.

Bloem began this project as an attempt to understand what the concept of freedom means across diverse borders of country, language, and culture. “Words do not mean the same in different languages,” she states on the project’s Facebook description. The translations available of the poem provide unique insights into the “stuff” of which languages are made. In fact, Bloem’s project contains several translations in the same language rendered by multiple translators, reminding us that the act of translation involves interpretive choices.

Further, the Freedom Project extends beyond the written word. Poets, writers, translators, and scholars, as well as musicians, filmmakers, and artists have posted videos, images, and film shorts of their translations, transforming the project into a visual and audio collection that extends beyond the original poem.

You can find more information on the project, as well as information on how to become involved or to submit your own translation, at the official Facebook page.