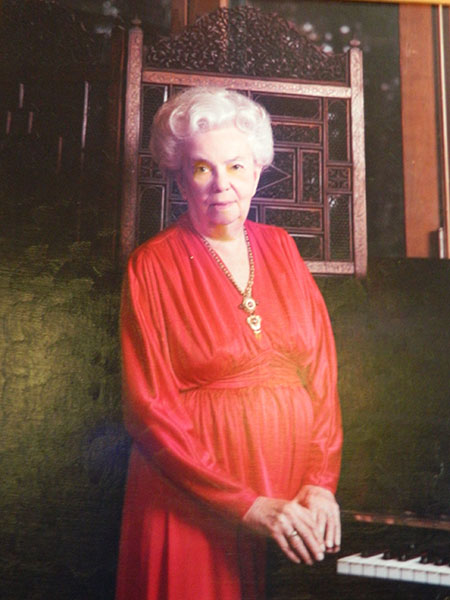 In March 1972, in response to a letter from University of Oklahoma president Paul F. Sharp addressed to her late husband, Alene Puterbaugh wrote: “I wish to acknowledge with many thanks your courteous tender of a place on the Advisory Committee for Books Abroad [World Literature Today’s predecessor]. I scarcely know what this will involve, but the expression ‘Advisory Committee’ does not seem to be very threatening, and I shall be most happy to be of whatever assistance I can in the good work of Dr. Ivar Ivask’s program.” Professor Ivask, hired in 1967 as the sixth editor in Books Abroad’s history, was working with President Sharp to put together a committee of “concerned patrons” from around the state “whose collective wisdom [could] be brought to bear on the present and future activities” of the journal.

After graciously accepting Dr. Sharp’s invitation, Alene immediately took a liking to Ivar and his wife, Astrid, two Baltic émigrés who, after moving to Oklahoma, quickly embraced the university community and championed its literary journal as a “voice of sanity from the center” of the United States. When Ivar and Astrid visited Alene in McAlester in October 1972, they instantly bonded over a shared love of cosmopolitan music and literature. Afterward, Ivar wrote Alene an effusive letter thanking her as their “new American friend” and promised to send her an LP of liturgical singing by the Russian Orthodox choir of Paris.

Over the next dozen years, the Ivasks and their “new American friend” developed a devoted and lively friendship dedicated to bringing international culture to the Southern Plains. Earlier in life, after growing up in Dallas and attending Vassar, Alene traveled all over the world with her first husband, Ed Kelley, and lived in Chicago, Philadelphia, and New York, where they attended concerts at the Metropolitan Opera and New York Philharmonic on a regular basis. Alene loved Greek mythology, read widely (French literature was one of her favorites), and corresponded with Winston Churchill and John D. Rockefeller Jr. When the Kelleys settled in McAlester in 1952, they became patrons of the local Arts and Humanities Council, the Philbrook Art Museum in Tulsa, and the Five Civilized Tribes Museum in Muskogee, and Alene dedicated herself to many other local causes. After Ed died in 1957, she married J. G. (Jay) Puterbaugh in 1961, who was himself a widower (he had lost his first wife in 1951). For the next four years, they entertained guests from all over the world before Jay died suddenly in 1965. 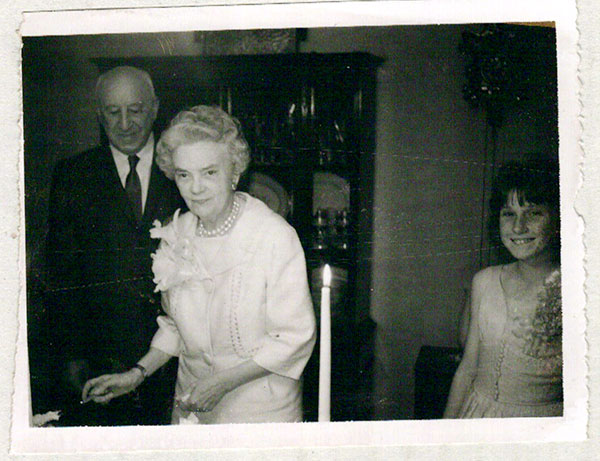 Alene and Jay Puterbaugh at their wedding in 1961.

By the time Alene met Ivar and Astrid in 1972, Alene was already in her early eighties, but she immediately began supporting Books Abroad’s Oklahoma Conferences on Writers of the Hispanic World—as the series was then called—as early as 1973, and in 1978 she was instrumental in funding the series in perpetuity with a $150,000 endowment from the Puterbaugh Foundation. Ivar thanked Alene personally in a letter: “The Puterbaugh Conferences are not only endowed but launched and commemorated: I look up at my wall and see there the same plaque in memory of J. G. Puterbaugh which now also is displayed at the Puterbaugh Foundation in McAlester. It constitutes a visible bridge between McAlester and Norman symbolizing our friendship. This was officially the first Puterbaugh Conference, but I have retroactively declared the entire series beginning in 1968 as being under the aegis of Puterbaugh” (April 11, 1979).

As the series approaches its fiftieth year, the Puterbaugh tradition remains a testament to J. G. and Alene Puterbaugh’s devotion to the arts in the American South, an area that H. L. Mencken once derisively referred to as “The Sahara of the Bozart.” The seeds they planted in this “desert” have bloomed not only in Oklahoma but all over the world.

Editorial note: I wish to thank Carrie Jane Loftis and Francine Bray for generously providing oral histories and archival materials for this tribute.

For more on the Puterbaugh Festival, visit www.puterbaughfestival.org.