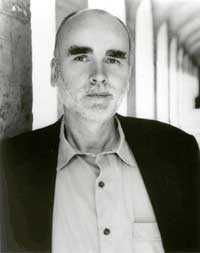 "Zagajewski's urging is the more compelling precisely because it is not heard, but overheard; we follow his example not because he demands it, but because his own struggle so fully engages our sympathies."—Clare Cavanaugh, "Lyric and Public: The Case of Adam Zagajewski" (WLT Vol. 79, May 2005)

Adam Zagajewski (b. 1945) was born in the city of Lwów (now Lvov, Ukrainian SSR), but was forced to leave as an infant when the Red Army occupied the city. After studying philosophy at Jagiellonian University in Kraków, he emigrated to Paris, where he would remain until 2002. He began writing poetry in the 1970s and helped lead the movement that would come to be known as the Polish New Wave. He built his career around teaching at various universities around the world, including the University of Houston and the University of Chicago in the United States.

"Awarding the prestigious Neustadt International Prize for Literature to Adam Zagajewski, the most gifted poetic heir of Miłosz, is like passing on a baton, providing reassurance that Polish poetry is alive and doing well."—Bogdana Carpenter, nominating author, in her tribute to Zagajewski (WLT Vol. 79, May 2005)

In addition to his Neustadt honor, Zagajewski was also named a Guggenheim Fellow in 1992.