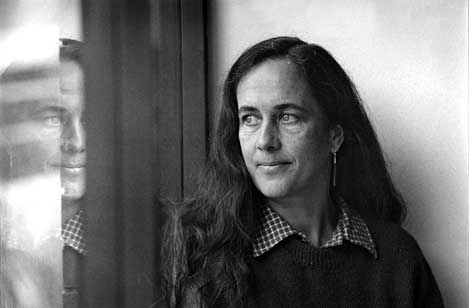 "Grace's stories make a shining and enduring place formed of the brilliant weave of Maori oral storytelling and contained within the shape of contemporary Western forms. We are welcomed in, and when we get up to leave, we have been well fed, we have made friends and family, and we are bound to understanding and knowledge of one another."—Joy Harjo, "In Honor of Patricia Grace" (WLT Vol.83, May 2009)

2008 Neustadt Prize Laureate Patricia Grace was born in Wellington, New Zealand, and now lives on the ancestral land of her father's people in Plimmerton, a small coastal community. Grace has been writing and publishing since the mid-1970s. Her previous awards include the New Zealand Fiction Award in 1987 and the Frankfurt Liberaturepreis in 1994 for her novel Potiki, which has been translated into several languages. She received the Hubert Church Prose Award for Best First Book for Waiariki in 1976. Dogside Story won the Kiriyama Pacific Rim Fiction Prize in 2001 and was also long-listed for the Booker Prize. Her novel Tu was awarded the Deutz Medal for fiction at the Montana New Zealand Book Awards in 2005.

"Every once in a while a storyteller emerges who brings forth provocative, compassionate, and beautiful tales, the exact story-food the people need to carry them through tough, transformative times. Patricia Grace of the Maori people is one of these storytellers given to the people of Aotearoa, and now to the world as she is honored as the twentieth laureate of the Neustadt International Prize for Literature."—Joy Harjo, "In Honor of Patricia Grace" (WLT Vol.83, May 2009)