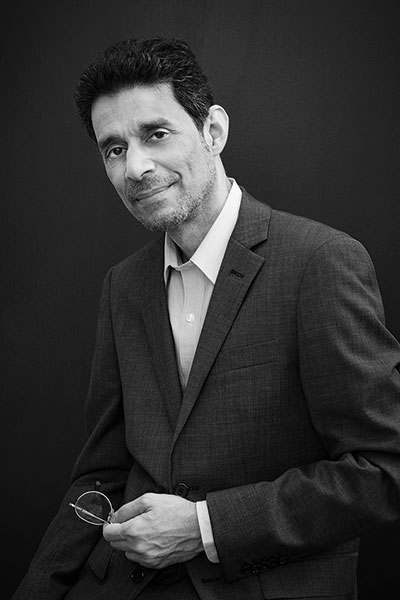 “Mistry writes with great passion, and his body of work shows the most compassionate and astute observations of the human condition, making him one of the most exciting and important contemporary novelists writing in the English language.”—Samrat Upadhyay in his statement nominating Rohinton Mistry for the Neustadt International Prize for Literature.

Rohinton Mistry was born in 1952 in Bombay (now Mumbai). He graduated with a degree in mathematics from the University of Bombay in 1974 and immigrated to Canada with his wife the following year, settling in Toronto.

Mistry wrote his first short story, “One Sunday,” in 1983, winning first prize in the Canadian Hart House Literary Contest (an award he also won the following year for his short story “Auspicious Occasion”). It was followed in 1985 by the Annual Contributors’ Award from Canadian Fiction Magazine, and he then received a Canada Council grant, whereupon he left his job as a bank clerk and became a full-time writer.

His early stories were published in a number of Canadian magazines, and Tales from Firozsha Baag, a short-story collection, was first published in Canada in 1987. He is the author of three novels: Such a Long Journey (1991), which won the Commonwealth Writers Prize (Overall Winner, Best Book), A Fine Balance (1996) and Family Matters (2002). His latest book, The Scream, was illustrated by Tony Urquhart (2008).