In Praise of the Republic of Letters

The moment we open a book and yield to the adventurous challenge, we assert that our place of residence is in the Republic of Letters. It cannot be found in any world atlas; its borders are unstable and passionately negotiated time and again. With every story read, with every verse quietly recounted, we renew our citizenship in the republic.

I'm a modern everyman. I make use of books to find for myself a dwelling place, if only a temporary one, within the pastiche of narratives and experiences, facts and fantasies. I leaf through the books, do not drink, and do not drive—I smoke and fly, through the tunnel under the city castle and over the main square, hovering for a second under the old plane tree before disappearing among the arcades of cajoling shop windows.

For me, the geography of towns, harbors, streets, and squares overlaps with literary topography. The poems and novels I read are chapters in a story about a particular place with which any place can identify. The tension between the fearful anxiety and the thrilling exploration that propels me on my wanderings around my imagined city delineates the modern mentality in which inescapable loyalty to a home place challenges one’s need to freely choose identity.

I’m not an exception. I remain attached to my birth town, family house, and my reading-corner armchair. I lend an ear to poets and writers as I weave a literary cosmopolis and freely choose my home. I draw from many narrative stocks as I deny the authority of chronological time the better to respond to the melancholic gaze of a deer that flashes by through the morphine-laden verses of Georg Trakl; I trace the vestiges of a personal drama in the wet flowers on the façades of bourgeois palaces under the slopes of Kapuzinerberg; and I am unmistakably, although temporarily, at home in Salzburg!

The book flutters its pages and old-fashioned raincoats fan out in an effort to protect the dry loneliness of night strollers passing by the craft shops of Alfama, the heart of old Lisbon; the portrait of Fernando Pessoa emerges from under the jutting roofs of the past colonial glory written in sea salt and pigeon droppings; the portrait of a poet who produced an eternal homage to his Lisbon using the voices of imaginary authors who sing various songs but share one soul. His Lisbon is my Lisbon!

The book spreads its tattooed pages and I’m embraced by the smell of the sea-worn cliffs of the northern Adriatic; the tower of the Thurn und Taxis castle appears for a moment, a fleeting pulsation, and I slowly surrender to the recognition that I’m at home in Trieste; it is here that Rainer Maria Rilke wrote two of his dizzily inspiring Duino Elegies, and it is where I now find home, under the hills of the “gulf city” depicted in the books of Boris Pahor. I’m at home in the nostalgic chiusa tristezza from Umberto Saba’s poem “Three Streets”; the steps of Nora Joyce rustle through the whiteness of the book while she paces around a rented apartment, one of a dozen she and her husband lived in, fleeing from creditors; I can hear the argument of far-sighted Henrik Tuma, who as early as before World War I wanted to establish the first Slovenian university in cosmopolitan Trieste, the chief port of the Habsburg Empire, rather than in landlocked Ljubljana; although it is not visible to my eyes, I can nevertheless see Dragutin Kette’s sad promontory of San Carlo in Trieste, where the poet went to soothe the wounded heart and the needs of the swollen body; I imagine that I can understand the dialect of {avrinke, the peasant women traders from the Karst high plateau who together with the readers of Marjan Tom}iﬂ’s novels head daily toward the vegetable market in the harbor as they did during the distant times of the Habsburg monarchy; the inscription on Italo Svevo’s grave in St. Ana Cemetery tells me that he “smiles at evanescent life and glory which crowned his work late.” Roberto Bobi Bazlen, a publisher and critic, despairingly reminds me from the desks of the Biblioteca Civica that there is no other way to write modern books but as footnotes.

I’m at home in Zagreb, too. Well, at least in the books about Zagreb that strive to confirm the ironic thought of the great Croatian bard Miroslav Krleža that Central Europe begins on the terrace of the Esplanade Hotel; I’m at home in Belgrade, whose head resides in cosmopolitan heights thanks to the poets Vasko Popa and Milo} Crnjanski, and the writers Danilo Ki} and David Albahari, while its legs are entrenched under the swinging lamp of a brawly Balkan tavern!

And I’m at home, truly at home, in Sarajevo, defined by ineffable suffering but also with an ethical determination to continue to talk in many voices about the right to have many identities, through the supreme works of art such as can only be born out of extreme circumstances, finding expression in the quivering elegies of Izet Sarajliﬂ, the noble sentiment of Abdulah Sidran, or the broad-minded critique of Dževad Karahasan.

The poems of Czes_aw Mi_osz, Tomas Venclova, and Eugenius Ali}anka open for me the door to Wilna or Vilnius, the “city of ash” amid Lithuanian forests that lives a secret life of another reality, one that has been sifted through the sieves of my literary memory. I suck in the smoke, leaf through the books of poems and stories, and fastidiously sip the verses and passages in which the creative talent succeeded in conjuring up the shared destiny of immigrants and refugees, nomads and displaced people, roaming the streets and courtyards of the town whose walls demarcate the ultimate frontiers of freedom.

While I’m getting lost wandering along the boulevards of real megalopolises and among the covers of borrowed books, I actually search for my imaginary city. Wherever I discover it, a provincial village easily emulates the dwelling of gods and becomes the capital of the world! More precisely: it is the capital of my world that, along with many other and different worlds of other and different readers, travels the orbits of the “Gutenberg galaxy.”

It is true that we readers are the citizens of various nation-states, each with our own home address and hometown. Yet the moment we open a book and yield, in our unique ways, to the adventurous challenge, we take part in the same ritual. We assert that our place of residence is in the same community, in the Republic of Letters. It cannot be found in any world atlas; its borders are unstable and are passionately negotiated time and again. With every story read, with every verse quietly recounted, we renew our citizenship in the Republic of Letters. Many opportunities arise and dissolve within it, faces distorted by horror offer a hand to fantastic patterns of paradise, and every page read turns a new chapter in a reader’s biography.

We can all become citizens in this republic, without restrictions. The only condition required to obtain citizenship is a human capacity for empathy—that is, the capacity to put oneself in someone else’s shoes. No one’s human rights are curtailed in this republic, no one is discriminated against, sentenced, or erased from the register.

Moreover, no one in the republic of letters is forced to speak the language of the majority. The literary republic of letters speaks in one language. It is the language of translation. Literature is not what gets “lost in translation,” as Robert Frost famously exclaimed in defense of poetic singularity. As for me, I prefer Turkish poet Nazim Hikmet’s definition, who said that the reading of poetry in translation resembles “a kiss through a veil.” I could not care less for the ascetic chastity that, fearing loss, remains innocent, while with my lips parted in expectation I leaf through the pages of books written in languages I haven’t learned. I take my hat off thankfully to translators, the exemplary citizens of the republic of letters, who continually make it possible for every reader, all of us, to be part of the story of a temporary community committed to the lost cause that represents our true home. 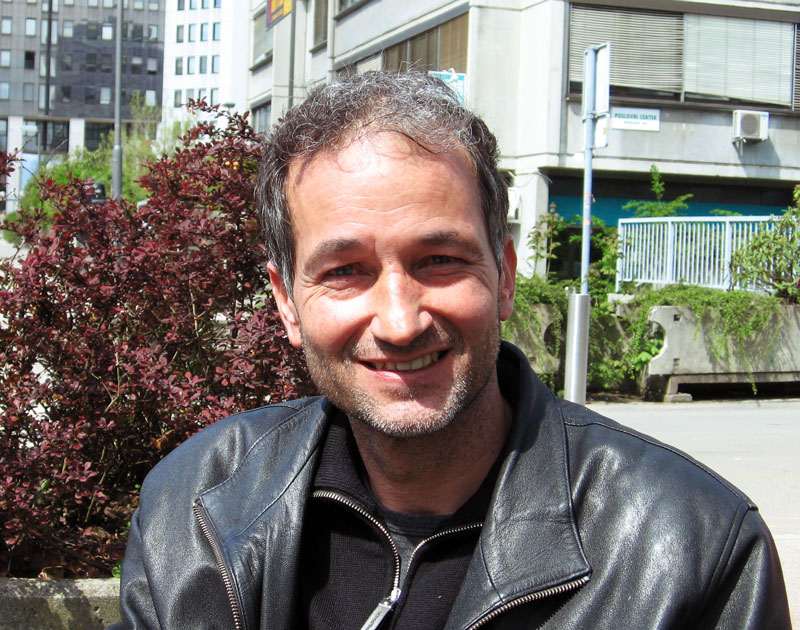 Aleš Debeljak is a Slovenian poet and cultural critic. His poetry books in English include The City and the Child, Dictionary of Silence, and Anxious Moments, and his nonfiction works include The Hidden Handshake: National Identity and Europe in the Post-Communist World, Reluctant Modernity: The Institution of Art and Its Historical Forms, and Twilight of the Idols: Recollections of a Lost Yugoslavia. A former Roberta Buffet Professor of International Studies at Northwestern University, he teaches at the University of Ljubljana and the Collège d’Europe, Natolin-Warsaw.

To celebrate WLT's 350th issue, we’ve come up with a shortlist of our own favorite pieces that have appeared in the pages of WLT over the past ten years. Now, it's up to you.

The polls are closed and we're delighted to announce the winners. See the winners and runners-up in each category.

If you voted and your top choices matched any of the eventual winners in each category, you’ve been automatically entered into a drawing to win one of five free one-year subscriptions to WLT. Winners will be emailed and announced on our Facebook page.