WHAT TO READ NOW: Greece 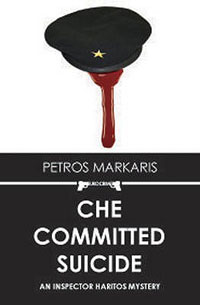 Che Committed Suicide (2010), the latest English translation in Petros Markaris's crime-novel series—featuring the lapsed right-wing police investigator Costas Haritos, who has a penchant for eating stuffed peppers and browsing the dictionary—captures the gritty urban interstices of modern-day Athens like no other contemporary Greek author. Other titles include Zone Defence and Deadline in Athens. In Markaris's words, the crime novel is most adept at describing "what we are seeing in Greece today, which is financial crime." 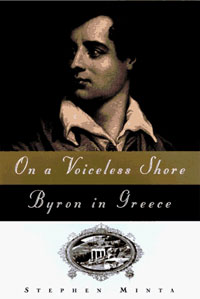 On a Voiceless Shore: Byron in Greece

On a Voiceless Shore (1998) is an evocative historical travelogue that follows Byron from his time in northern Greece and the Ionian islands, through his struggles and support of the Greek cause for independence, to his death in Messolonghi. The book is a striking combination of Greek history, biography, and Minta's many insights as he travels in the English poet's footsteps; the narrative is an uncannily timely look at the often messy interweaving of nationalistic ideologies and the confounded impasses between cultural assumptions and their realities. Facing Athens (2004) is George Sarrinikolaou's elegant memoir of the expatriate journalist's return to his native Athens after two decades in the United States. Sarrinikolaou's account vividly describes the complexities of a city preparing for the 2004 Olympics as its ageless past is interwoven with a present of street protests, xenophobia, and resonant personal vignettes.

Adrianne Kalfopoulou is the author of two poetry collections, most recently Passion Maps (Red Hen Press, 2009). Her poems and essays have appeared in various journals, including Hotel Amerika, Room magazine, and Prairie Schooner. She is on the faculty at Hellenic American University and teaches in the Creative Writing Program at New York University.