What to Read Now: Dystopian Novels

I feel the same about accounts of imagined futures. Some concern clashes of civilizations, but the ones I love depict ordinary lives in the wake of extraordinary, frightening events. These books describe what would happen if all we take for granted—civilized order, the modern flow of goods and services, basic freedoms, even the human life cycle itself—were undermined, or suddenly revoked. As a native of New Orleans, I’ve witnessed the collapse of normalcy and destruction of the “supply chain.” I’ve observed how people respond, and scheme to survive. These novels ring true. 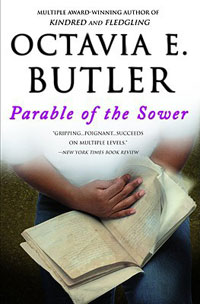 Parable of the Sower

In Los Angeles twenty-five years from now, a visionary teenager, Lauren Olamina, clings to vestiges of suburban existence inside a besieged, gated community. Outside, political upheaval and crimes committed by gangs high on designer drugs destroy order. When her family is killed, she joins a group of survivors who march north in search of another life—and another faith. 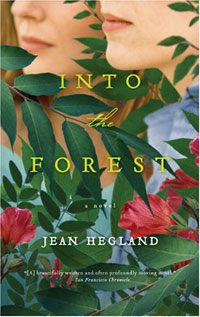 An elegiac, end-of-the-world-as-we-know-it novel. Its doomed, pastoral beginnings recall Nevil Shute’s classic On the Beach. In a familiar northern California, two young women live with their eccentric, back-to-the-land father. They plan for college, careers. But one day, things just stop working. Wars are rumored. Civilized life disintegrates. Miraculously, after their father dies, the two mature and adjust to the loss of conventional protection and support as well as to tragedy, isolation, degradation, want, and the natural cycle of life. Unforgettable, human, and convincing. 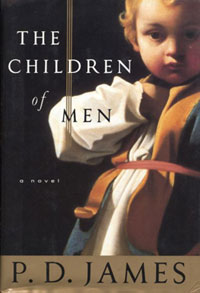 The Children of Men

In 2021 humans have lost the ability to reproduce. We see familiar England, except families without children have “christenings” when their cats have kittens, and the government encourages the despairing populace to board ships for the “Quietus,” the polite term for voluntary drowning. There is a political plot, but daily life in a world with no human future impresses most.

Author of five books of fiction, Moira Crone’s works have appeared in dozens of anthologies, magazines, and journals. Her most recent work is the dystopian novel The Not Yet (2012).