Is Just a Movie by Earl Lovelace 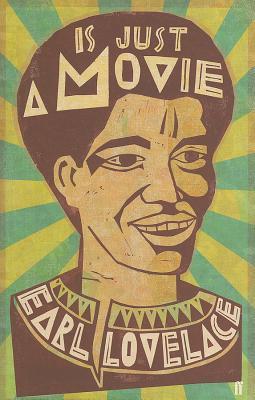 Kangkala, a calypsonian, is the narrator of Earl Lovelace’s Caribbean saga. A self-styled “poet of the revolution,” he was active in the Black Power movement that, in the narrative present, is over and “done.” Key to Is Just a Movie is Lovelace’s deft positioning of his narrator amid his characters—not behind them, like Flaubert’s. As a calypsonian, King Kala, as he is erroneously called because he once won the calypso crown, participates in a more efficacious collective ritual: Carnival.

The language of Lovelace is the spoken language of the community. The griot-like Kangkala is “the recorder of the people’s story,” which will be presented in the language of “Blackpeople,” not in what Chamoiseau calls français français. The novel’s title shows how the magic of Lovelace’s concreteness is manifested in his language, a language not learned in school. The chapter entitled “Is Just a Movie” illustrates, simply by eliminating the sentence’s subject, the importance of speech. The phrase relates to the roles Sonnyboy Apparicio and Kangkala enact in a movie produced by an American film company that held tryouts for local talent. The winners’ role is to carry the baggage of the white stars on a trek and to be shot. Thus, their role is to die. Sonnyboy and Kangkala sense an affinity when both want their cinematic death to be something greater than a keeling over at the first shot fired. The film director, however, cuts their extravagant death scenes, and even Kangkala’s fellow actors reiterate “It is just a Movie” to urge him to abandon the concept of a meaningful death. Unwilling to accept such a limited role, both of them unfasten their grass skirts and leave, thus revolting against a meaningless death, which is also a revolt against a meaningless life.

With chapters like “Franklyn Batting,” an homage to West Indian cricket, Dorlene’s miraculous “Funeral,” and “Arlene’s Zipper,” Lovelace demonstrates his narrative wizardry in transforming concrete detail into something greater. “Arlene’s Zipper” focuses on a pivotal moment in the asymmetrical relationship of Constable Claude Aguilera, a small-town police official who hasn’t arrested anyone in twenty-five years, and his wife, Arlene. Claude’s inadvertently breaking the back zipper of his wife’s Carnival dress becomes the catalyst for a seismic shift in the psychological balance of power since Arlene, suddenly infused with a sense of self-possession, realizes she is becoming “a person on her own, disconnected from him” while Claude senses, in the same instant, that he’s losing her.

The novel is structured around Carnival with two of the last chapters entitled “Carnival Tuesday” and “Ash Wednesday.” As Claude’s annual carting of mud on Jouvay morning or Constable Aguilera’s encounter with Ramona Fortune demonstrate, most of the characters’ lives have been quickened, humanized, by their participation in the events of Carnival with its implicit leveling and social reversals. Thus, the festivities of Carnival, with our poet-singer as its “star,” precipitate the real revolution on the island.