In the print edition of WLT, I recommended LGBT books with a political slant. These books reflect the importance of our role as artists. At the intersection of art and sexuality, art must truly reflect who we are in the context of our worlds and ourselves. These additional books address the journey of that responsibility. 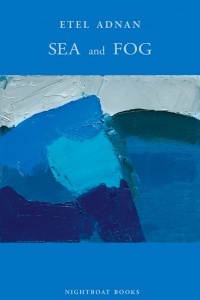 Born in Beirut, Lebanon, and raised speaking Greek and Turkish, she later learned French in convent schools. She self-identifies as an Arab American poet, though her essays and fiction have appeared in English. Her latest collection of poetry, Sea and Fog, contemplates the nature of humanity from a culmination of political, metaphysical, and personal perspectives. A lifelong activist, she is truly a global citizen of the world and the literature of displacement. 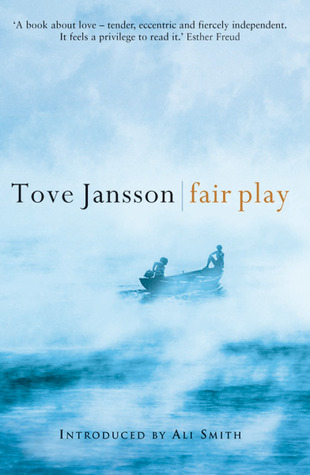 This is a slim relationship novel between two elderly women artists who share their lives on all levels. Honest, at times brutally, it lays out the common ground of rocky terrain that goes with people who have known each other for a long time. Yet the individuals must survive in order to remain loyal to their artistry, and this novel is the most intimate reflection of Jannson’s relationship with her longtime companion. 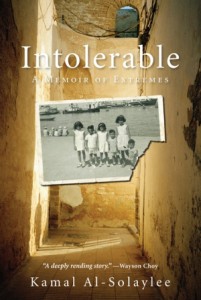 Intolerable: A Memoir of Extremes

A fascinating memoir about a man born in Aden, who grew up in Beirut and Cairo and then moved back to Yemen, and finally attended university in England. From England he immigrated to Canada where he now resides. This memoir delves into the issues of family loyalty (his ten brothers and sisters stayed in Yemen) and how a gay man attempts to navigate through his ties to the Arab world. Al-Solaylee offers no answers or excuses; an intelligent man who is self-actualized, he cannot dismiss his family or their beliefs.

Editorial note: The following recommendations appear in the September 2013 issue of WLT.

The importance of LGBT rights has been a prominent social and political lightning rod for decades. Today it is at the forefront of our politics, our history, and our culture. During this year alone, two of the world’s largest powers made political decisions that represent conflicting views on LGBT rights: the US Supreme Court reversed DOMA and effectively ended Prop 8 to make same-sex marriage legal, while Russia implemented a law that criminalizes homosexuality. The politics of homosexuality are as contentious as ever and the way governments address them more divisive than ever.

LGBT literature reflects the ebb and flow of this acceptance and condemnation. For centuries, homosexual literature has been banned, hidden, and destroyed. These novels are examples of political rebellion and the power of the written word. Whether allowed to be heard freely or quieted by a culture of repression, these shouts and whispers are the voices of our community. Without apology, these novels demonstrate that we are taking our place in society with bravery and honesty. 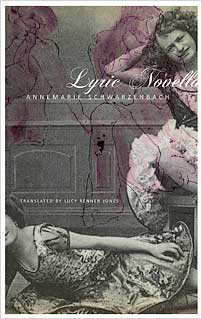 This is the quintessential love story of lesbian falls for straight girl—only the narrator is a thinly disguised male version of the author, and it was published in 1933 Berlin. It is also an important societal and historical novella about a woman in love/lust with another woman during a time when homophobia was on the rise in nascent Nazi Germany. Schwarzenbach, who was Swiss, lived a lesbian, bohemian lifestyle during a difficult time, and this novella captures the desperation of the lovesick. 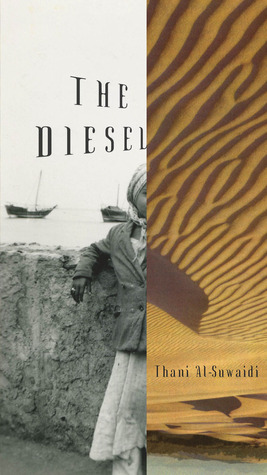 Originally published in Beirut in 1994, The Diesel was banned and didn’t appear in English until recently. Not only is this novella highly creative and original, it explores the role of sex and gender through concise and sparse language. “The Diesel” is a transgender entertainer, famous in his small Arab town and the environs, who bridges the gap between the older and younger generations. Al-Suwaidi balances the graphic explicitness with impassivity and honesty, and the narrative reads like a fable full of meaning and nuance. Layered and abstract, it is a novella that can be reread many times and each time will bring a new discovery about gender and the nature of sex. 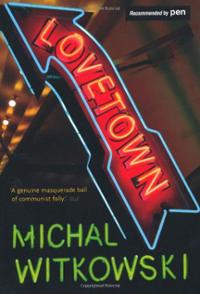 Set in postcommunist Poland, Lovetown is a campy romp through the secret and wild underground of gay Poland. Full of wit and gender-bending jargon, Witkowski introduces two queens, Patricia and Lucretia, who are being interviewed by a young journalist about their days living as homosexuals during communism. The ribald stories sashay forth with nostalgia and cattiness that is uproariously entertaining. On a journey to Lovetown, a gay hot spot on the Baltic seaside, Lucretia and Patricia clash with the politically correct new-world gays, which long for the lascivious, outrageous, and clandestine world of two queens in communist Poland.

Monica Carter is project coordinator for Lambda Literary Foundation’s LGBT Writers in Schools program. She is also a judge for the Best Translated Book award and curates her own website, Salonica World Lit, dedicated to international literature. Her fiction has appeared in Strange Cargo, The Rattling Wall, Black Clock, Bloom, and Cactus Heart. She is finishing her novel, In the Life.