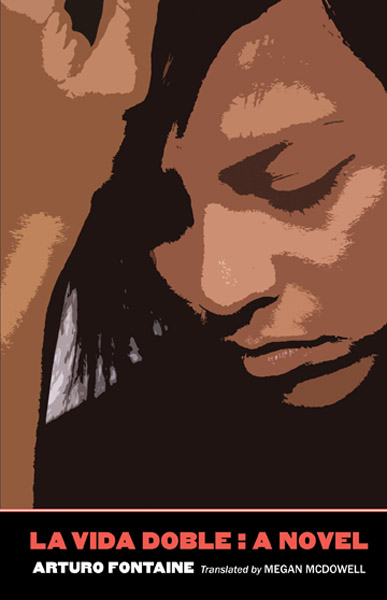 How to represent evil and torture bearably, enhance or put into perspective a lasting and frequently trite and polemical literary topic, without the culture of complaint? Arturo Fontaine’s lucid and moving novel, whose original is a literary and critical best-seller amply praised by Vargas Llosa, Fuentes, and writers of later generations, opts for a poetic coming to terms with a much-too-human predicament: Would you sell your soul to save yourself and yours? The novel’s nuanced discussion of moral dilemmas like shame and betrayal are stressed in the abundant reviews of the original, and in great measure translator Megan McDowell relays La vida doble’s brilliance in conveying those quandaries, ascertaining Fontaine’s penchant for avoiding formulas.

Those dilemmas are embodied in Irene/Lorena, an aging leftist and poetry-quoting teacher of French captured by Pinochet’s forces. Within that frame, Fontaine’s eloquent and coherent achievement, a dozen years in the making, surpasses his national and Latin American cohort, discarding the ideological blindfold that other novelists wear for their characters worldwide, as if suffering were the privilege of particular political worldviews. Peerless as testimony, infinitely memorable as a reassessment of memory’s role in narrative, La vida doble is a model and in myriad ways a closing statement for authenticating historical periods.

If uncontrolled passion and lionization of fellow travelers is an oxymoron that best defines how political novels can limit their art, what makes Fontaine’s brilliant fiction superior is his methodical and painstaking re-creation not of a particular history but of the microhistories that define it—before, after, and during Pinochet. The novel’s meanings are contained as much in sound as in the soliloquies’ philosophical patina, attuned with Fontaine’s professions and conviction. His methodology is partially confirmed by the sources (mainly nonfiction) listed at the end of the novel’s sixty-six segments, making his art of distilling actual events, empathy, and reserve of judgment infinitely palpable, and permanent.

With repeated swoops of terror, subtly negotiating structures of feeling, Fontaine divulges the intricacies of the dilemmas that have caused so much pain to so many, without compromising his artistic vision. Up to the last segment’s ironic and pervasive calm, La vida doble is a whirlwind of self-estrangement, ideologically virtuous obsessions, bold sexuality, unalloyed grief, bottomless invectives (which from a literary-historical perspective can be seen as checkmating “committed” literature), and, above all, page-turning psychological suspense.

In this masterpiece’s first segment the narrator asks, “Can I tell you the truth? That’s a question for you. Are you going to believe me? That is a question only you can answer. All I can do is talk. It’s up to you whether you believe me or not.” Later, she probes: “Have I earned my money yet? I’ll tell you a secret. . . . But it is better if you don’t write it. Change it, make up something else, find a metaphor.” She is talking to a novelist, not Fontaine, but the real author’s sensitivity comes across when Lorena’s lack of new beginnings and missed chances are poignantly brought forth.

Knocked around by history, her war is now against what she rationalizes to be her true nature. Ultimately, she has abandoned her quest for a higher ideal in exchange for what she most abhors and distrusts. That is her “double life,” and McDowell is right in keeping the original title to reflect Lorena’s other dualities. It is Fontaine’s thoughtful and disturbing message that hers may not be different from ours or, more exactly, from those who sympathize with her kind of activism, from a safe distance.