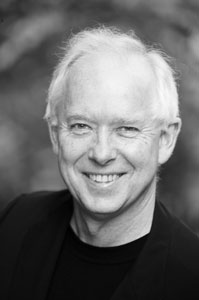 Cream torpedoes? The reference is to a Tweet I spotted recently: "A cream torpedo from the Hataitai Bakery! I feel like I am in a poem by Jenny Bornholdt." The Tweeter? Cheryl Bernstein, an art historian and curator on a brief visit to Wellington. Hataitai? The Wellington suburb where the poet Jenny Bornholdt lives.

Jenny Bornholdt is one of the presiding spirits of contemporary New Zealand poetry, and many of us recognize our lives in her poems. Her domestic and suburban world—where tradesmen call, children and recipes and baking are often on your mind, and neighbors behave in slightly quirky ways—is not exactly pavement life in New York City. Yet her work offers the same kind of quotidian reach and elegiac undertow that Frank O'Hara delivers when he takes one of his lunchtime walks in midtown Manhattan. Recent New Zealand poetry has been very happy with daily life. Both writers and readers are comfortable with a range of tone and reference that earlier New Zealand poets would have found quite troubling.

Poets like Denis Glover (1912–80) and A. R. D. Fairburn (1904–57) wrote both lyrical and satirical verse, but always published them in separate books—as if poetry and "light verse" were distant cousins who should probably not be encouraged to meet and talk. The greatest poet of that generation, Allen Curnow (1911–2001), even had a pseudonymous double, "Whim Wham"—the passing fancy that packs a punch—who published weekly poems on current events. Ironically, Whim Wham has become better known since Curnow's death than perhaps he was in the last dozen years of his life.

But it should be said that, as far as the border crossings of language go, Curnow could mix the hieratic and the demotic as well as anyone. One of his last pieces of writing is in the recent anthology The Best of Best New Zealand Poems. It's a brilliant reworking of an untitled poem by Alexander Pushkin. It ends:

Cadavers couldn't care less where they rot,
Yet the living tissue leans (as best it may)
Toward the long-loved familiar spot
For its rest. Mine does, think of it that way.

Freshly dug. Young things, chase your ball.
Nature's not watching, only minding,
By its own light perpetual
Beauty of its own fact or finding.

The Best of Best New Zealand Poems is an anthology I recently co-edited with Damien Wilkins. It draws on poems published in the first ten years of the online annual Best New Zealand Poems, which is hosted by the International Institute of Modern Letters. (I should declare a conflict of interest, and say that I direct the Institute.)

Most New Zealanders are doubtful in an entirely pragmatic way. They want to give most things, including poems, a bit of a kick to find out just what they're for.

Best New Zealand Poems, the website, began as a shameless piece of adaptive theft from the admirable Best American Poetry series. We stole several specific things—including the principle that the editor should change from year to year—but our best move was to take the New Zealand version on to the Internet. New Zealand writers have always suffered from what is sometimes called "the tyranny of distance." Rudyard Kipling called Invercargill, our southernmost city, "the last lamppost in the world." That distance was often felt in psychic ways—and perhaps still is—but the geographical fact was also pretty serious. Our poets had almost no readers outside New Zealand. How could their books, those solid things, find their way past the trade cartels and across the miles—twelve thousand of them—to the other side of the world?

So the aim with Best New Zealand Poems was simple: to build a site that could be both a shopwindow and a gateway for New Zealand poets and their work. And it has been successful, at least if you measure success by web traffic. Suddenly, it seemed, the modest 25 poems a year had added up to 250, and there was an opportunity to bring a selection of them back to the page. Thus there is now a 220-page book, containing 65 poems (by 65 poets), with a lively introduction by my co-editor and notes by the poets themselves.

One of the common qualities Damien Wilkins notices in his introduction has to do with fun:

Not a very high-minded concept, I know. A kind of buoyancy then. Or lightness, in the sense Italo Calvino asked for when he wrote that "thoughtful lightness can make frivolity dull and heavy."

He finds that buoyancy in Curnow's essentially elegiac contribution, and it is there in the work of many of these poets: Ian Wedde and Louise Wallace, Alan Brunton and Rachel Bush, Jenny Bornholdt and Andrew Johnston.

Damien also finds "acts of disorientation" and "jitteriness, agitation," and skepticism and jokes. Even more interesting, he spots something that he thinks is not in American or British poetry. It's an intangible thing, but poets in other places write as if they believe they are working in a major art form—somehow, the activity matters. But all the efforts of New Zealand poets seem directed elsewhere:

But where? Into pretending that we're not writing poems. Jenny Bornholdt's great poem "Fitter Turner" articulates this issue fiercely and movingly, but again and again our poets throw productive doubt on the whole enterprise.

This is continuous with a national character trait. Sir Edmund Hillary is supposed to have said, after climbing Everest, "Well, we knocked the bastard off"; and most New Zealanders are doubtful in an entirely pragmatic way. They want to give most things, including poems, a bit of a kick to find out just what they're for. And then, if they can, they'll say something fairly laconic.

Damien Wilkins also did a bit of small-scale number crunching on The Best of Best New Zealand Poems. Despite its male editors, it is the first anthology of New Zealand poetry where women outnumber men: thirty-eight to twenty-seven. "Our selections," he noted, "reflect where the action is, rather than where any progressive ideals might position it." The other side of that selection policy is that there are far fewer Māori poets of either gender writing in English than might have been expected (only Hinemoana Baker and Robert Sullivan), while the number of strong poems by Pasifika women is truly impressive. It's hard to know what this might mean. In any case, a new anthology, Mauri Ola (edited by Robert Sullivan, Albert Wendt, and Reina Whaitiri), will give non–New Zealand readers a fuller view of the activity of Māori and Pacific poets over the last twenty years. The just-issued collected poems of the late, great Hone Tuwhare (1922–2008), Small Holes in the Silence, is also required reading.

But the greatest Polynesian literary treasures are currently available in the four volumes of Ngā Mōteatea, published by Auckland University Press, and now accompanied by CDs. They are a treasure-house of oral poetry—love songs, laments, and everything in between, yet not much known beyond the South Pacific. The sad thing is that they were first compiled over forty years ago, and while they preserve the original Māori texts and include a good deal of scholarly annotation, the English translations, by the distinguished scholar Pei Te Hurinui Jones, are informed by a sub-Tennysonian sense of what poetry ought to be. "Oh mesdames all, be not importunate with me," is a line I have trouble shaking from my head. Even a contemporary scholar such as Hirini Moko Mead, translating the work in volume 4, opts for archaic diction and syntax. There are maids and maidens and instructions to hearken, and a liberal sprinkling of whencesand hithers and yonders: "Alas! The pain! / You touch the very core, oh sire, / Of the heart strings! / Saddened too am I." One day these great works of oral poetry will be made over into equally great English. But it may not be soon.

Following hard on the heels of Iceland, New Zealand is to be the 2012 guest of honor at the Frankfurt Book Fair. It will be interesting to see whether this draws wider attention to our poets and novelists—or just results in a glut of publications about our "scenic wonderland." New Zealanders have lived for about a decade now with the marketing slogan "100 percent Pure," a successful noise for the tourism industry but one that is beginning to crumble under the gaze of the environmental movement.

Meantime, our poets—if The Best of Best New Zealand Poems is anything to go by—are treating impurity and difference as the things that drive a lively culture. New Zealand's one culinary gift to the world has been fusion cuisine, and, as the poet Andrew Johnston once suggested, it could be that we are producing a poetry to match (andrewjohnston.org/fusion.htm).

The U.S. poet and Fulbright scholar Lesley Wheeler was in Wellington earlier this year, furthering a research project on poetry and the various communities and networks that nowadays foster it. Along the way, she kept a blog (thecavethehive.wordpress.com), where among other things she surveyed first books of poetry by graduates of the IIML's creative writing program—testing to see what they might have in common. "Immigration and travel," she noted, "are significant themes." But I was most struck by all the food she spotted. "Piles of food everywhere: samosas, Spam, grapefruit, bacon, wild lettuce, manuka honey, tea, black pudding, Tui beer, rice wine, figs, mutton pie, chanterelles, ginger biscuits, mangoes, gin, coconuts, Big Macs, and more."

There are no cream torpedoes in that list, but if there were, they would look very much at home.

For more on Hone Tuwhare, visit honetuwhare.org.nz. An important and still influential New Zealand poet is James K. Baxter, whose Selected Poems were reviewed by Bill Manhire in the Summer 2010 issue of Poetry London.

Bill Manhire directs the International Institute of Modern Letters at Victoria University of Wellington. His Collected Poems appeared in 2001, while more recent collections are the award-winning Lifted (2005) and Victims of Lightning (2010); a Selected Poems will be published next year. He has spent time in Antarctica, and edited the 2004 anthology of Antarctic poetry and fiction, The Wide White Page: Writers Imagine Antarctica.