WHAT TO READ NOW: Kenya

Kenya is a country in transition. For decades, the country enjoyed a reputation as an oasis of peace in a troubled east African region. But behind this façade of peace, Kenya's full potential continued to be stifled by poor and dictatorial leadership, ethnic chauvinism, and corruption. Kenyans are a resilient lot, and we believe our country has great potential, from sporting excellence and great safaris to engaging literature. 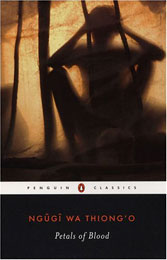 Kenya's best-known author examines the struggles that are pulling a society apart in a country that has just emerged from colonial rule. The ordinary people who expected so much from their new leaders now find themselves dealing with an even bigger enemy in the form of an alliance between foreigners and the new elite. 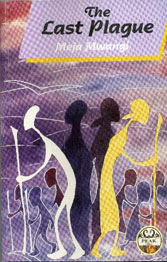 For a long time, AIDS remained a taboo topic, even as it silently yet unrelentingly destroyed society. Mwangi tackles the topic head-on, with a combination of satire and stark realism, as he tells the story of one woman's mission to save her community. 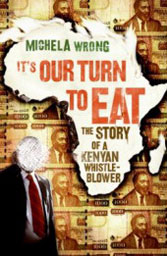 This book, which reads like a political thriller, tells the true story of an anticorruption czar who takes his battle to the most powerful people in the country. It also seeks to explain why corruption has been allowed for generations to become part of the fabric of Kenyan society.

Ken N. Kamoche (kenkamoche.com) was born and raised in Kenya. He studied commerce at the University of Nairobi and management at Oxford where he was a Rhodes Scholar. He is an academic, journalist, and writer of fiction. Kamoche's collection of short stories, A Fragile Hope (Salt, 2007) was shortlisted for the Commonwealth Best First Book Award. His other stories have appeared in various anthologies, including Hong Kong ID, Dreams, Miracles and Jazz, One World, and New Writing from Africa 2009, as well as several magazines. Kamoche has also been a columnist for Kenyan newspapers. He currently lives in the United Kingdom. His new novel, True Warriors, was first published as a short story in Crossing Borders, a British Council magazine.