The Sultan of Byzantium by Selçuk Altun 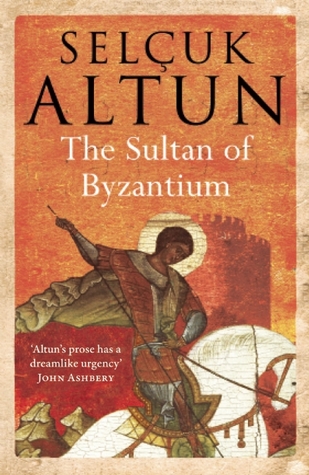 Selçuk Altun’s sixth novel, The Sultan of Byzantium, positions itself as a skillfully constructed tribute to Byzantium, attracting attention with its “provocative title.” The novel offers a concise and captivating historical journey to the Byzantine world while putting Istanbul, a city whose intercultural and historical charm is uncontested, at the center of the story. Istanbul contains “a row of Byzantine, Ottoman, and Republican buildings shoulder to shoulder, resisting time and humanity and apparently issuing a challenge,” one that is both encapsulated within and more extensive than our protagonist’s quest.

The hero of the novel, Halâs, who is a bibliophile and a poetry lover, is a half-American, half-Turkish intellectual. He is told that he is “the emperor that Byzantium-in-exile has been waiting for the last 555 years!” since he is descended from the last Byzantine emperor, Constantine XI. At first, he tries not to take what is revealed to him seriously. However, with each book he reads during his research in order to solve the puzzle and pass the test he was given by the Nomo organization, he becomes fully engaged in Byzantium as well as his personal relation to it. Each chapter, named after the letters of the Greek alphabet, follows his travels throughout the Byzantine research center in London and places like Antioch, Greece, Trabzon, Iznik, Cappadocia, and Istanbul, where Byzantine legacies persist. If he is able to solve the complicated puzzle, he will be honored as “Emperor-in-Exile: Constantine Palaeologus XV,” but the story is so fascinatingly constructed that his actual quest for the Byzantine throne is not central to the literary gratification it provides readers.

While giving a crash course to the reader on the Byzantine emperors, Halâs impresses the reader with his vivid descriptions of places he visits and astutely constructed images. He was looking at Tekfur Palace (the palace of Porphyrogenitus) in Istanbul, where he “was appalled by the sight of a palace that looked like a nun who’d been stripped of her garments, raped, then beheaded.” The novel also deserves appreciation for its narrator’s witty sarcasm toward the politics of history through simple comparisons of both Turkish and European historical accounts about the Byzantine and Ottoman emperors.

Brilliantly translated by Clifford Endres and Selhan Endres, the book presents an appealing and timely reconsideration of the precursor of the Ottomans in Istanbul, giving thorough credit to each of the empires. Its theme offers a compelling counterpart to the increasing number of contemporary Turkish fictional works focusing on the Ottoman world and emphasizes the undeniable cultural blend between the Byzantine and the Ottoman through our hero, who wonders “if [he] were Byzantine above the waist and Ottoman below.” Now in English, Altun’s novel rightly claims its place among the works of world literature through its brilliantly constructed plot and offers an intriguing read for readers and scholars of world literature.