The Cities of the Ordered Chain 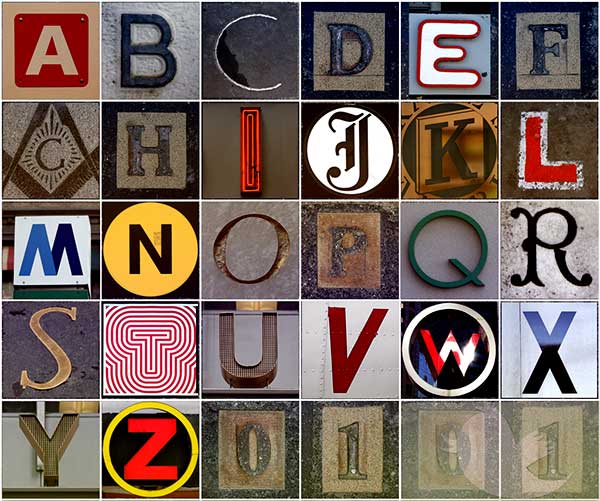 Alberto Chimal published these stories in Spanish as “An Alphabet of Twitter-Stories: A Study by Horacio Kustos” (@hkustos) in summer 2012. In a self-interview Chimal published in Casa del Tiempo, he commented on his Twitter minifiction work: “The texts continue to demand a particular attention from the readers—to the delayed effect of the extremely short text, whose brevity is always deceptive—and, at the same time, they continue to offer succinctness and possibilities of allusion and evocation.”

The #Cities of the Ordered Chain are each named for a different letter of the alphabet.

A, the one of many entrances: its walls are made of doors, and the inhabitants have a window on their foreheads. #Cities

B, which is built on gigantic wooden platforms, pulled by beasts of burden, coming and going along the plain. #Cities

C, where wise men have managed to control light: its people may dress in white and shine like a supernova, or be rainbows. #Cities

D, the dazzling, the devastated, the divided, the Dorado, the durable, the desperate or, more likely, the undiscovered. #Cities

In the city of F, the names are all random chains of numbers and letters: formulas that only God can decipher. #Cities

G (they say) is the city of gophers and gofers, who govern without those in power suspecting. #Cities

The city of H is inhabited by a hermit whom no one has seen or heard; he throws trash at visitors from empty buildings. #Cities

I, in fact, is a very tall tower: each inhabitant occupies a 6’ x 6’ floor, which he must leave at great risk to see anyone. #Cities

J is the city of alleys curved like knives, where many die. It’s not known if the alleys were first. #Cities

All newborns in K are taken to the civil registry so that a judge can record the secret cause of their arrest when they grow up. #Cities

L is so called for the distant shape of its wall, the city’s only construction, and the Eleans who live in its shadow. #Cities

The founder of M, the author of terrible crimes, gave the city its name. It shall be a refuge for all, he said. M, the city of never-ending cries. #Cities

No one knows if the city of N really exists or if perhaps it’s another city, disguised, with another name. #Cities

The city of Ñ isn’t where they say. Some say it doesn’t exist; others, that its inhabitants exist and are known by their language. #Cities

In O there are obese people, and thin, of course: what unites them is their circular life, which they begin and end as orphans. #Cities

P has many reputations: good (prizes) and bad (perversions). The Peans don’t reveal the truth behind their imposing portals. #Cities

Some call Q the superfluous city, dispensable, built just because. Its skies, cafés, and nightmares are unique throughout the world. #Cities

Other cities fear the people of R: all they can think of is their red robes, rabid rodents, and their ructious rhetoric for war. #Cities

Was the city of S founded by serpents as they say? Instead of a main square, they have a herpetarium, where the old people go. #Cities

You can only get to T by train, but the service is such that no one ever arrives. Those who do are suspect: thaumaturges, they mock them. #Cities

One can only return from U. What a mystery! #Cities

V has been on holiday since the fifth century: no one remembers what they’re celebrating. Only the tourists don’t wear paper hats. #Cities

W was built in a cave: awake with electric lights and the howling of beasts deep inside, which no one has ever seen. #Cities

X (strangely) is the most famous monogrammatic city. Stories of its variable towers and its Value Square are assigned by many others. #Cities

In Y, when a person chooses between two possibilities, he can opt for both at the same time. The universe forks and forks there. #Cities

Z is on the end of the Last Peninsula, before the Sea-That-Bends. Lots of people go there to finish novels, or to die. #Cities