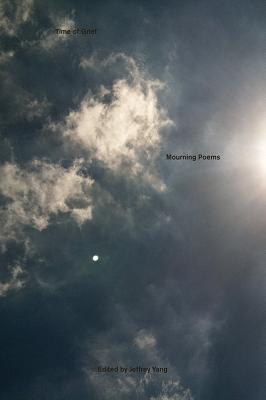 It is not without reason that Hemingway symbolized death in “The Snows of Kilimanjaro” as a hyena who “slipped lightly along the edge” of the realization of life’s end. Death within the anthology Time of Grief, as it is in our lives, is a figure we perceive only as it travels among the shadows of the earth, its impact on the psyche more immediate and emotionally painful than that of almost any other force, but all the more difficult to grasp because its nature is supremely unknowable.

A collection of poems written on the subject of mourning, this book is both comforting in the fellow-feeling we have with the poets and challenging in its ability to make readers think deeply about a subject that is sometimes too mysterious and painful to contemplate. The collection is divided into a course of reading over forty-nine days, in the manner of the Buddhist calendar’s forty-nine stations of grieving.

The poems here are selected from a wide gamut of times and cultures, spanning, for example, a piece by Chinese poet Qu Yuan, born in the fourth century BC, to Renaissance poet Louise Labé (who writes beautifully, in the sonnet included in the collection, “[You] once, in passion, could declare / That my two eyes were like two separate suns / Whose fires the god had gathered from above / to strike you down”), to more recent work by authors such as Octavio Paz.

There is a unity of tone within the poems here, despite the vast differences in the times and cultures in which they were written. They are in fact reminiscent in their similarity to one scientist’s hypothesis that flowers had been buried at a Neanderthal grave sixty thousand years ago in the Shanidar cave in what is now Iraq, a gesture which, if true, perhaps shows that grief is an emotion that spans ages and species, one that overcomes its bearer but, more importantly, one in which the person grieving seeks solace in presenting something beautiful to the memory of their loved one.

There is a sense of stillness in many of these writings that one does not find in the expression of other major subjects for poetry, such as love or the ending of love, and the poems collected in Time of Grief seem to each display a sort of cognitive muteness. In Eugénio de Andrade’s “Brief September Elegy,” he writes of someone he has lost, whom he is afraid to call out to, indeed “afraid of breaking the thread / with which you weave unremembered days.” He asks, “With what words / or kisses or tears / can one awake the dead without harming them . . . ?” Perhaps this is another way of saying that we must meet the depths of experience with a sense of courage and dignity toward the memory of those we have lost.

That mourning is a subject which seems to surpass all others in its need for dignified treatment within art is not surprising. In confronting such subjects with dignity, we come to understand that we are each of us brought into the world in a shroud of darkness we soon learn will never lift but will soon fade only into nothingness, never revealing its nature. Time of Grief exemplifies how death might be treated with steadiness and reserve, for it is undoubtedly a value that stretches out from us into the twilight fields of the past and will no doubt extend beyond us far into a future we will never know. It is a reassuring thought that perhaps our more noble emotions will be understood by those who come after us.