The Parchment of Kashmir: History, Society, and Polity 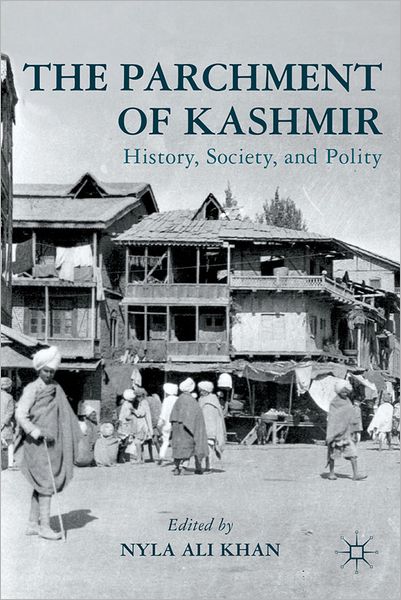 This remarkable collection of essays about Kashmir brings to light both the resilience and plight of a beautiful and ancient region caught up in the politics of Pakistan and India. Nyla Ali Khan’s astute selection of diverse authors to write for this elegant edition makes clear that stirring the pot of religious conflict between Hindus and Muslims has been a cunning strategy of divide and conquer, running counter to the long tradition of Kashmiri religious osmosis often inspired by Sufi saints who were reverenced by adherents of both faiths.

This is definitely not an introductory text, in the sense that the depth of discussion requires what math wonks might analogize as “computational maturity.” The essays first cover the religious history and traditions of Kashmir, invoking the quintessential Kashmiriyat—the idea that there is a unique cultural quality of transcendence and even mutual enthusiasm for eclectic religious and festival practices coupled with neighborly coexistence. Rattan Lal Hangloo describes the characteristics of Kashmiriyat as “not only the mutual understanding between ethnic groups and religions but also the freedom to dissent without fear of being eliminated. . . . Thus . . . it was the true essence of democratic and secular existence for most Kashmiris.”

These essays reveal certain heroes and villains. The former include a range of Sufi visionaries and poets who inspired cultural unity and identity among citizens of the Kashmir Valley, most distinctively the fourteenth-century female poet Lal-Ded or Lalashwari, as well as the twentieth-century grandfather of the editor, Sheikh Mohammad Abdullah, who led the government in the 1940s and ’50s and again, after Mandela-like incarceration for twenty-two years, in the 1970s and ’80s. Sheikh Mohammad Abdullah instituted democratic procedures and land reforms and was deeply loved by Hindus and Muslims. Effectively deposed by the machinations of Nehru in 1953 in the name of a fatuous Indian nationalism, reminiscent of the evisceration of American Indian culture by Christians, Sheikh Abdullah later returned to empower his region again and was truly one of the remarkable leaders in world history.

Readers are provided with excruciating detail concerning the subversion of Kashmiriyat and the reduction of the valley to a bone fought over by India and Pakistan. The region has been undermined by these exploitations both culturally and in terms of personal freedom, and the ignorance and expedience of the United States and India led to exporting Muslim militants in the Soviet-Afghan war to Kashmir as a sort of neutralization strategy. India’s tactics have polarized many Kashmiris, especially young Muslims, who no longer grasp the virtues of Kashmiriyat and who are ripe for militant exploitation.

The tales in these richly informed essays are sad, but it is clear that democratic forces and resilience are still quite vital in Kashmir.