The Woman of Porto Pim by Antonio Tabucchi 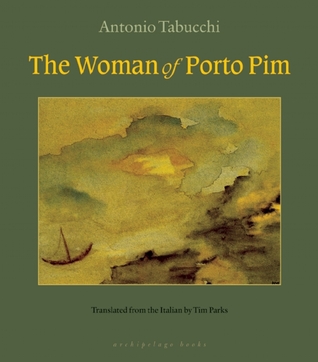 The Woman of Porto Pim is an odd sort of treasure: a collage of literary fragments that together craft a portrait of both a place and a sentiment. Including letters, biographical entries, quotations from the likes of Melville and Michelet, one story of deadly passion, and a postscript from a whale, the small book is an ode to the Azores islands just off the coast of Portugal. As the prologue explains, the volume is dedicated to “the whale, an animal which more than any other would seem to be a metaphor; and shipwrecks, which insofar as they are understood as failures and inconclusive adventures, would likewise appear metaphorical.” It captures the beauty and melancholy of both the great creature and the tradition surrounding its capture, tracing the deepest fascination and respect for the whale to the very people that harpoon it. As such, Antonio Tabucchi’s book serves as both love letter and quiet lament, openly acknowledging the end that awaits all lives, marine and otherwise.

The Woman of Porto Pim reflects the author’s longtime fascination with Portugal, where he spent most of his adult life until his death in 2012. One of the most beloved Italian writers of his generation, Tabucchi placed the majority of his books in Portugal and was, along with his wife, Maria José de Lancastre, the preeminent translator of Fernando Pessoa into Italian. First published in 1983, The Woman of Porto Pim is one of the earliest texts in Tabucchi’s impressive oeuvre, but it reads as the work of a mature author, one with the patience to listen to the small stories of others and tease out their greatness.

Like Tabucchi before him, Tim Parks is a prolific translator, literary critic, and author, perhaps best known for the memoirs Italian Neighbors (1992) and An Italian Education (1996). Currently, he teaches literary translation at IULM University of Milan. His translation of this work is spotlessly unobtrusive, allowing Tabucchi’s lyrical prose to shine through unhindered.

On a final note, I must add that this reviewer had the pleasure of reading The Woman of Porto Pim at the seaside. If at all possible, I recommend all others do the same. I imagine, however, that Tabucchi’s prose, and Parks’s translation, would allow the sea to come to you, wherever you may find yourself reading.