Listen to the Lizards 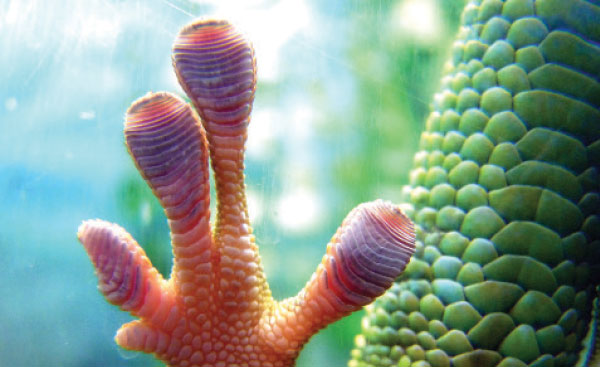 Many years ago now, during a period of acute depression (the first time I began to consider that I might have some kind of metabolic imbalance), I had what amounted to a quiet but fairly total breakdown in full sunshine on a glorious autumn day at Albert Park Lake in Melbourne.

I was sitting by myself on a bench watching some sailing lessons, people jogging past, dogs chasing Frisbees—and I suddenly and unexpectedly burst into slow, hysterical weeping, for a reason I had not a clue about. I felt as if I were dead and watching myself through a filter. A complete and pervasive sense of isolation, alienation, disassociation, and final loss.

Then I very clearly heard a voice (of the kind that no one else could), which was disturbing and also deeply inspiring. It said, “Who are you to feel so alone?”

When I heard it, I looked down at my feet and saw this remarkable assemblage of ants. They were channeling and swarming through a smear of melting strawberry ice cream, and the patterns they formed were like a cross between a living mandala and the outline of some unknown machine. It was organic, it was mechanical—it was dynamic in some way that was both utterly foreign and familiar. It met every single criterion for my definition of art, and I watched in hypnotized fascination for two healing hours.

Ever since that afternoon, I’ve taken special note of my nonhuman neighbors wherever I’ve found myself. I had a fifteen-year relationship with a female dingo that was every bit as intense as my marriage. I count a big galumphy mastiff as my best personal friend of all time.

And whenever I travel, the creature spirits come to me. Dejected, exhausted, perspiring in the vapid heat of the most concrete and life-abandoned parking lot you could possibly imagine in Phoenix, Arizona, a brilliant green hummingbird came down to keep me company. It held tight in a perfect, frenzied stillness directly in front of me for more than two minutes. Then it showed me what real subtlety of movement in the world is all about—an object lesson in dance, the martial arts, and aerodynamics in one single, flowing meditation. It was a true flicker of pure animation in the midst of paved, soul-annihilating Western lostness that I will never forget.

On one of my recent trips to Indonesia, I was joined my first night by a hand-sized frog, somewhere between saffron and sulphur yellow. Even with the light off, it could be seen. We worked out an agreement whereby I’d get the temperature of the shower water right and give it a nice rainforest soak-down. It would be there in the morning and sit on the sink as I shaved. The world knows when you need company—you just may get unexpected companions.

In my next room, I was greeted by several sandstone-colored geckos. What they lacked in color they made up for in speed, and they were expert at hide-and-seek, which I assert is the universal test for intelligence. If you really want to commune with any presence, play a game with it. Why do 50 percent of marriages end in divorce faster than mortgages are transferred? Why is sex often so heartless and empty despite the liberations of the last seventy-five years? Because people have either forgotten how or are too proud to play games. Innocence isn’t something we begin with and lose—it’s something we may possibly achieve, via discipline, hope, sincerity, and dedication—the essence of every art.

A few years ago, a lateral-thinking zoologist looked into the plight of a captive male mandrill who was in a deep funk and off his food. The human asked the question, “What would cheer me in such a situation?”

He invented the Mandrill Speed Game—a chance for the primate to initiate a challenge to people passing by his enclosure, to test the speed of their reflexes against his. The mandrill, at will, could press a button that would light up a sign that asked, “want to play a game?” People who took up the offer would then be pitted against the mandrill in a quickness-of-coordination and personal-strategy competition.

White Queen moves first. Advantage the mandrill. But the game was set up so that humans did have some intellectual advantage—to compensate for the native athleticism of the challenger.

For strength, speed, endurance, and tenacity, we are outdone at every turn. Yet we cling to intellect, the boon and burden of culture, and the capacity for strategy as our unique blessings.

I think any sensible card-carrying member of the Homo sapiens gang would agree that we underestimate our neighbors. For strength, speed, endurance, and tenacity, we are outdone at every turn. Yet we cling to intellect, the boon and burden of culture, and the capacity for strategy as our unique blessings.

Well, in Sumatra, I changed my views on this, too. I got involved in a little one-on-one with a large gecko, emerald green laced with gold, as in the pattern/fabric the Indonesians call songket.

The reptile was a beautifully made thing by any standard. If just a machine, it was a genius machine. If animal, it was a masterpiece of form, function—and cunning.

I got right down to ground level to engage with it (which prompted some concern from the Indonesian waitstaff). But I’ve long since stopped worrying about making a scene.

It made a clucking sound, as geckoes do, but higher pitched than expected. As large as it was—and somehow that suggested to me a lower-pitched sound—this creature sang. More like a finger tinkling a crystal glass than drips of water in a bath.

I learned the area I was in was not that long ago all forest—and with the trees more rain once came. My Indonesian translators had told me about the trees. The lizard spoke of the rain.

Then there was a bit about rain that I didn’t understand—because I’m not a lizard. But I got the concept that I didn’t really understand rain after all. This naturally troubled me because, as a smart human, I think I do understand rain, and quite a bit has fallen on me. Yet I took the point: I have just one understanding of rain, even dense tropical rain. There are others.

Then there followed a comment on the vibration of the pool’s filtering system—and this I really did take notice of. I pride myself on hearing what others don’t notice, and I hadn’t noticed this. Not at that time of day. But when the gecko pointed it out, I did hear it. Quite obvious, suddenly. Full and rich. Soothing. Somewhere between the zone-out quality of Zen temple music, Islamic music, with its somnolent lack of time signature, and repetitive but transportive Indian music.

Why hadn’t I heard that on my own? It was so clear when it came clear. And within minutes of hearing it, the local mosque broadcast started up—and I realized that the cones in their speakers were softening. There would’ve been a distortion at close range—not just at the distance I was listening from.

I understood that photosynthesis itself has a sound. It’s like the pop and buzz of your central nervous system. It’s not a consistent seeping sound; it’s as intermittent, percussive, and rhythmic as breathing or making love.

The emerald-green, golden gecko let me take it in my hand then. And I understood that photosynthesis itself has a sound. It’s like the pop and buzz of your central nervous system. It’s not a consistent seeping sound; it’s as intermittent, percussive, and rhythmic as breathing or making love. There’s a violence to it, as well as a natural gentleness. You only hear it under rare conditions—or if you’re holding a mosaic-speckled lizard.

I heard the process of invisible oxygen/carbon dioxide exchange as a legitimate form of alternative music. And what’s more—and more surprising to me—I heard the local traffic, which was intense, harmonize with that music, not conflict.

Intellectually and culturally, I’m predisposed to think of traffic and petrochemical pollution in opposition to the trees and the exchange of natural gases. But the gecko said, “Listen, and then decide. Listen first.”

Turns out I know nothing about rain, trees, or traffic. Because I’m a novice listener. An ignorant beginner.

Moments later, my hotel hosts had to ask me to move on because the provincial governor was having some sort of rallying event and the pool area was required. I wanted to oblige, seeing how understanding they’d been of my behavior (Indonesians are some of the most courteous and respectful people I’ve ever met).

To my amazement (and forever great regard), a tray was offered for the gecko to be transported on. They only do that at good places, or where they’re worried about you.

My emerald-green and gold teacher sat with me for one drink in a secluded area, and then left me—to mull over the teachings, the music of the mosque, the traffic, the pool filter, the trees. The idea of real rain. To think that there’s something new to hear and feel in a soft-jeweled gecko downpour. I’m not that subtle an artist yet. But I want to play with those that are.

want to play a game? Indeed I do.

May the teachers find the innocent, ignorant, but sincere learners in the game-playing rain of hidden reptile music. May we appreciate the creatures that are mosques unto themselves.

To play and to listen. Maybe it’s not too late for those still here. Who are you to feel alone? 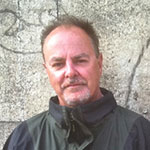 Kris Saknussemm is the author of eleven books, including Zanesville and Private Midnight, which have been published in twenty-two languages. American born, he lived for many years in Australia and the Pacific Islands. He now teaches at UNLV in Las Vegas.