What to Read Now: Iceland

Iceland enjoys a powerful literary tradition, underpinned by the old Icelandic sagas and Eddaic poems and also by the Icelanders’ struggle for emotional and spiritual survival during centuries of poverty, hardship, and oppression. A mere sixty years ago, Iceland was still a colony, and a century ago it was the poorest country in Europe. And yet, despite their impoverished conditions through the centuries, Icelanders could always read and write, and literature was prized and revered. 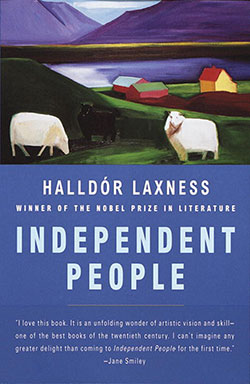 In 1955, when Iceland’s population was a mere 156,000 people, the Nobel Prize in Literature went to an Icelandic writer—Halldór Laxness. Independent People tells the story of Bjartur, an impoverished croft farmer desperately trying to make a life for himself in the early twentieth century after eighteen years of servitude to the local bailiff. In all his works, Laxness brilliantly details the hypocrisy of the upper class and the abject living conditions of the proletariat—something that earned him the wrath of a certain sector of society at the time. Independent People is a wonderful starting point for anyone wanting to get acquainted with Icelandic literature. 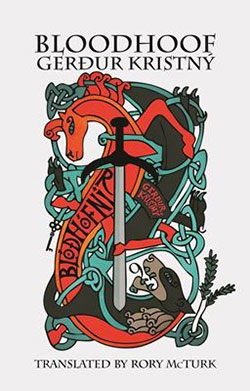 A modern retelling of the old Eddaic poem “Sayings of Skírnir,” in which the Norse god Freyr falls desperately in love with the maiden Gerðr and sends his servant Skírnir to fetch her. Skírnir woos Gerðr, but she resists, at which point Skírnir turns to threats. Gerðr finally relents, and in the ancient tale lives happily ever after with Freyr. In Gerður Kristný’s version, which is written in the ancient poetic style, the story is given a feminist slant to become a tale of abduction and rape. Bloodhoof won the Icelandic Literature Prize in 2010. 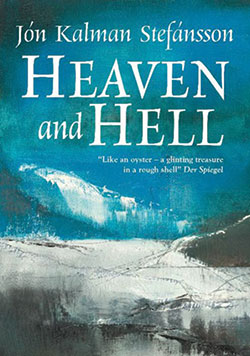 In this first volume of a trilogy, Stefánsson draws a remarkable portrait of conditions on Iceland’s formidable west fjords around the turn of the last century. A boy is sent to an outstation (camps next to the sea that later developed into fishing villages) to become a crew member on an open fishing boat. The story, simple on the surface yet with complexities deep as the sea, evokes the desire of many Icelanders of old to enrich their spiritual life through reading and art while simultaneously being locked into a relentless and harsh reality. A gem. 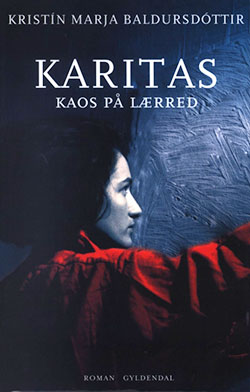 The two “Karitas” novels—Karitas án titils (Karitas untitled) and the subsequent Óreiða á striga (Chaos on canvas)—tell the story of the artist Karitas and her struggle to stay true to her calling as a painter in early-twentieth-century Iceland, when the emancipation of women was just around the corner. Powerful and dramatic, it earned stellar reviews when it was published in 2004 and has, along with its sequel, become among the best-loved works of modern Icelandic literature.

Alda Sigmundsdóttir is a writer, translator, journalist, and blogger. She is the author of several books about Iceland, including Unraveled: A Novel about a Meltdown and The Little Book of the Icelanders in the Old Days. Raised in Canada and having lived in both the UK and Germany, she is now based in Reykjavík.