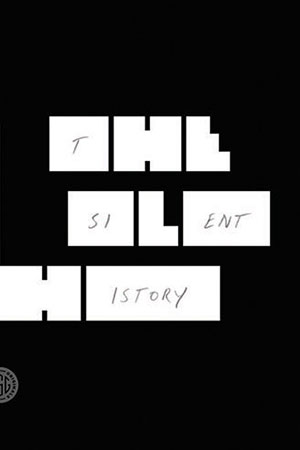 If a written, spoken language is one of the characteristics that distinguishes humans from other animals, what would happen if the ability to speak—to even comprehend the spoken word—suddenly vanished? Would we still be human?

The Silent History digs deep into these question, moving through more than thirty years of history in which children begin to be born without the ability to speak or to comprehend any kind of language. The story was originally created out of a collaboration between authors Eli Horowitz, Matthew Derby, and Kevin Moffett and was serially published via an interactive iOS app in 2013. The book is comprised of firsthand accounts of the people who are closest to the event—parents, teachers, and medical professionals—as well as personal testimonies from reporters, classmates, and supporters of a new pro-silence movement sweeping the world.

The characters and their testimonies are what make this novel such a compelling read. There is Theo, who, as a new father and widower, throws himself into trying to teach his silent daughter to speak no matter the costs; then Nancy, who watches her entire world crumble, including her marriage and her corporate career, as she attempts to connect with her distant, silent son; and finally Francine, whose personal isolation allows her to be the first to notice the silent children begin to communicate with each other in her classroom. A number of other characters appear as well, their stories conveying genuine, relatable emotion that flows through the exceptional writing.

At the heart of this novel is the question of isolation, of otherness. Neither population can truly understand or relate to the other, and many of the characters are left with difficult questions: What did we do to cause this? How can we fix this problem? A pointed critique of how humanity is often unaccepting of people who look, think, or act differently, the novel concludes without providing all the answers. Just as in real life, the situation is more complicated and complex than originally meets the eye, and it is up to the characters to decide how to face the obstacle before them—if it is truly an obstacle at all.

Ultimately, The Silent History is here to remind us that while language may be our primary medium, there are still silent, unspoken ways to communicate real meaning. And in a world filled with noise, this is truly something to contemplate—silently.