Two Poems from “Standing on Earth” 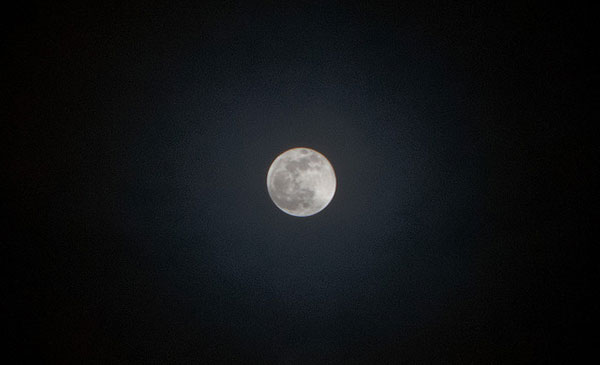 Bilingual recordings by the author and Lyn Coffin

The long summer afternoon
was going down on coffins and clock towers
the ruins knew
and you did not know
that war makes waiting invalid
and saving life
the whole Truth.

Was she dead?
Had she fled without you?
Or you were not in love anymore?
The dead were not answering.
The living were escaping
and love from then on
beat within
the pulsing of a clock. 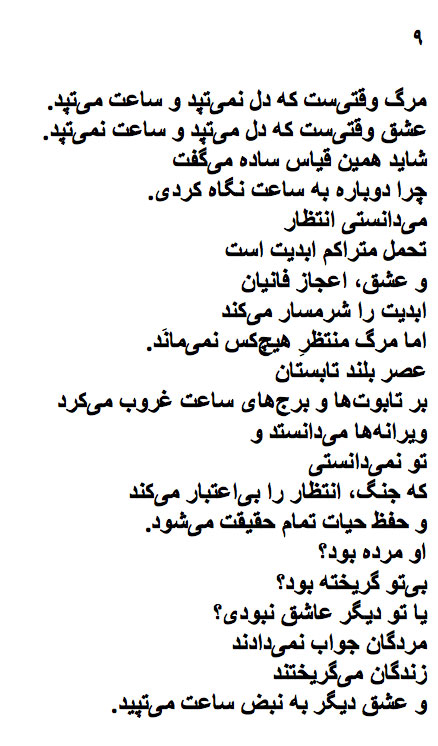 The moon always shines in vain
and wars don’t start without a reason,
but the one who goes and the one who remains
are both defeated by accident.
So look into my eyes
as you pack your bags
and say your goodbyes.
Without regret
you will carry the joy of your last cigarette
until the train starts to leave
because truth is the child of regret
and I don’t want to be your truth.
So close your eyes
and kiss me
until the metal of your kisses melts in my veins
and gets cast in the indifference of the moon
because the train is approaching the station,
that is to say – beauty is the child of impossibility
and gets to be possible only in the womb of despair
where my skin
is the imagination of the earth
at the moment you
crush your cigarette with your foot
and you turn eternal.

Searchlights halt
on the sculpture of the full moon
in the abandoned station
at the moment of bombardment. 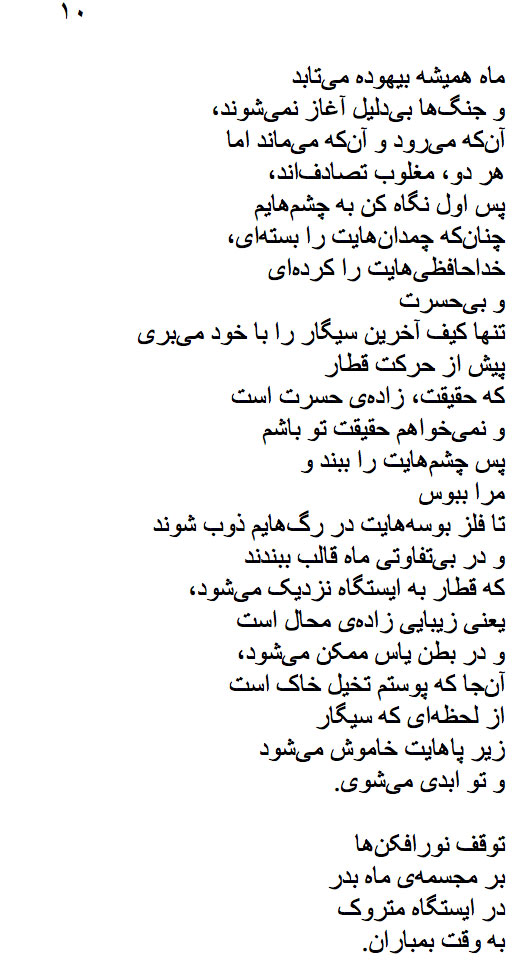 Translations from the Farsi
By Lyn Coffin with the author 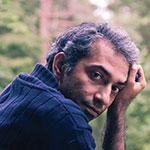 Born in Iran, Mohsen Emadi is the award-winning author of four verse collections and numerous poetry translations; the poems featured in the print edition of the January issue come from a collection called “Standing on Earth.” Emadi is the founder and manager of Ahmad Shamlou’s official website and The House of World Poets, a Persian anthology featuring more than five hundred international writers. He currently lives in Mexico City.

Lyn Coffin is a widely published poet, translator, playwright, and fiction writer. Her translation of Rustaveli’s The Knight in the Panther Skin will appear in 2015. Her collection of short fiction is about to be published by Iron Twine Press, and a few of her plays will be published by Whale Road Press in 2015. She has published nineteen books. She teaches professional and continuing education at the University of Washington. She has the good sense to recognize Mohsen Emadi as a master and to love him as a brother