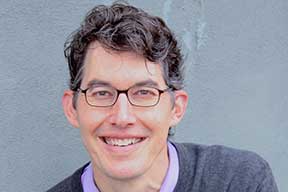 “In the United States . . . there is the obscure, slow effort of an entire nation to seize universal history and assimilate it as its patrimony.”—Jean-Paul Sartre, “Americans and Their Myths,” The Nation, October 18, 1947

Since 1970, seventeen eventual laureates of the Nobel Prize in Literature have been hosted by WLT on the University of Oklahoma campus as part of our Neustadt and Puterbaugh literary traditions. Moreover, two years before he won the Nobel Peace Prize, Elie Wiesel visited OU to help select Finnish poet and playwright Paavo Haavikko as the surprise winner of the 1984 Neustadt International Prize for Literature. Only recently, however, did I discover another Oklahoma Nobel connection: our founding editor, Roy Temple House (1878–1963), was nominated for the Nobel Peace Prize in 1948. When the South Central Modern Language Association held its annual meeting in Norman in October of that year, the SCMLA membership formally endorsed Professor House for the prize on the occasion of his seventieth birthday. (Although Mahatma Gandhi, Raoul Wallenberg, Rosika Schwimmer, and Pope Pius XII were all official nominees in 1948, no Peace Prize was awarded that year.)

Earlier in the year, W. A. Willibrand published a tribute to Dr. House, noting how the young scholar (originally a farm boy from Nebraska), determined to “fill a considerable gap in American culture,” had launched a modest quarterly in 1927 that soon attained an international reputation (Modern Language Journal, May 1948). Having taken time away from his teaching career to assist Belgian war orphans and refugees during World War I, House had seen firsthand the devastating effects of militant nationalism in Europe. He managed to keep the journal afloat during the Great Depression and World War II, seemingly by dint of willpower alone, even as his own modest salary remained frozen during many of those years. (House also served as chair of OU’s Department of Modern Languages from 1918 to 1942.) As early as 1929, the League of Nations recognized Books Abroad—as the journal was then known—for its “contribution to the exchange of thought throughout the Western world.” By the late 1940s, House’s colleagues viewed him as a “literary hero” worthy of international recognition. Samuel Putnam—the legendary translator of Cervantes and Rabelais—was first to propose that House be awarded a Nobel “as a merited recognition of his services to humanity and all that he has done for the building of a better world.” Harvard-trained historian Sidney Fay chimed in, calling House “one of the best ambassadors of international cooperation and goodwill.” And in his tribute to House at the 1948 SCMLA banquet, Willibrand wondered “how in a state so young, so isolated from great national literary centers, could he almost single-handedly have founded a scholarly magazine which has achieved an international reputation and world-wide fame” (South-Central Bulletin, Oct. 1948). Not knowing that he had been formally endorsed for the Nobel by the association, Dr. House was so overcome that he was “unable to stammer even a few words of thanks.” By 1949, with his eyesight failing, he formally handed over the reins of the journal to his successor, having nurtured it for twenty-two years.

Alfred Nobel envisioned awarding the Peace Prize to “the person who shall have done the most or the best work for fraternity between nations.” Characteristically modest, House deflected the nomination away from himself, toward the collective “we” around him: “I have a suspicion that we aren’t quite Nobel Prize caliber, and that we don’t entirely deserve so sizable a compliment as the [SCMLA] paid us.” All modesty aside, as the fraternity between nations remains an elusive goal in 2015, Dr. House’s dream of uniting the broader literary world in the pages of a single publication remains a vision of peace worth celebrating.