by
Mei-Tal Nadler
translated by
Rachel Tzvia Back 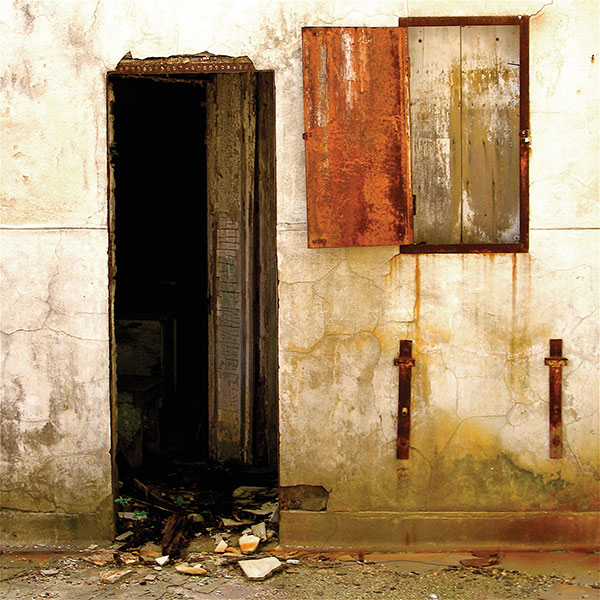 X Days After the Amnesia Epidemic

We set out on this road knowing we would discover nothing amazing.
We didn’t expect to find a new route to Mercury, we didn’t imagine
we would solve the problems of quantums, we sought no
new philosophical truths.

We set out with our backs to all we had believed in.
Outside there were rumors circulating that certain words had begun
to disappear from the dictionary, but no one could remember which words.

We grew suspicious of every type of history.
Slowly the sun became cold, something in us
withdrew, but we knew: We were safe.

Sometimes, when the wind covered our eyes, we were tempted
to believe strange rumors. Some said that God had appeared
in the robes of a crazed hangman commanding everyone to hop on one foot,
others told how they had heard people speaking of the ability
to breathe underwater, but only when the air is clear.

It didn’t help us at all. We knew our geography is different.
In the meanwhile, our flesh ripened from upon us. More and more
we heard ourselves speaking in the plural. We banded together.
Believing only thus we could support each other,
we froze in the posture of doubt.

What’s left then?
The hand of the Commander. Strong and sturdy,
sculpted almost forty centimeters long.
His muscular arm is also still there
but not connected to anything.

His two legs scorch the ground,
but hold no body. Second hand
is gone, chest is gone, and the heart that once
beat with passion, it was sculpted from stone in any case.
There’s no face, no gazing eyes,
lips, ears, all gone.

Built of thirteen thousand nine hundred
and fifty pieces, he is apparently
the clearest testimony we have
of what was teeming life.

It’s a miracle he was saved. At the end of every war
they have to start restoring him anew.
In Germany ’43, the amputated leg
of my grandfather will never be returned

but on the Commander’s body a team of young
determined archaeologists work diligently.
They are concerned. The Commander now has almost double
his numbered parts, and there’s no certainty
that this time they’ll manage to re-create his shattered hand.

On his right, a bird with telescopic eyes.
Its body is two thousand and six hundred pieces. Its face
glued carefully together is the face of a menacing griffin
apathetically guarding over a kingdom
buried on another continent.

So, this is how
the cry to battle and safeguarding the homeland looks
hundreds of years after the fact.

The Voices of Snipers on the Israel Defense Forces Radio Station*

The voices of snipers can’t be heard over the radio waves of the IDF Station.
But they chose songs for us before they left. What songs do snipers like?
I focus all my listening on their musical choices, till my focus
becomes a gaze. Perhaps that’s how snipers are trained.

If only Ray Charles could have seen me in this room
he wouldn’t like the way I’m moving my butt
to ABBA, the winner takes it all the loser has to
fall I’m prancing-cha-boom all around, and from there on lithe legs
me, Simon, and Little Mo’eez go out to the porch for a smoke.
Berry Sakharof is still making room in every spot of the room.

The neighbor from across the way is also tuned to the voices of snipers
but she’s not listening to them, she’s talking on the phone
i’mtellin’ya painting her toenails
fuchsia pink.

What are the snipers doing right now?
Where is their eagle eye straying?
Weeds, green hill, house with ceiling light
swaying at the center, the tufted titmouse swiftly
winging across the sky.

* The Voices of Soldiers is a daily broadcast on the IDF radio station. The program invites soldiers to choose their favorite songs, which are then played and dedicated to their army units. “Me, Simon, and Little Mo’eez” is the title of a popular song by Israeli songwriter Yossi Banai. Berry Sakharof is a popular Israeli singer. The IDF station is one of the most successful radio stations in Israel and enjoys extremely high ratings.

What happened first? Did I stop loving you or did I force myself
to forget your face so I could start living? I never managed
to ask a single thing of you. Our love was always a slammed door,
a rusting key in a prisoner’s belly.

102.2 Fahrenheit and I am planted in bed, breeding enflamed
longings for some kind of mother who would come now to bandage my leg
or put a cold cloth to my forehead, and sing me old songs
from a distant land,

and from amid that gentleness, for which I would do anything,
I would manage to forget our long and fucked-up accounting.
The good times and the bad, and your fearful glance that waited
long hours and dry seasons for my voice.

Translations from the Hebrew
By Rachel Tzvia Back 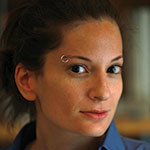 Mei-Tal Nadler received the 2014 Teva Prize in Poetry and the 2008 Ministry of Culture award for emerging poets. Her debut collection, Nisuyim be-chashmal (Experiments in electricity), was published last year. She is a doctoral candidate in Hebrew literature at Ben-Gurion University and a research fellow at the Israel Democracy Institute.

Rachel Tzvia Back is a poet and translator residing in the Galilee. Her Ruebner collection, In the Illuminated Dark: Selected Poems of Tuvia Ruebner (Hebrew Union College Press / University of Pittsburgh Press, 2014), was a finalist in 2015 for both the National Translation Award and the National Jewish Book Award in Poetry. (Click here to read the WLT review.) Her essay “ ‘A Species of Magic’: The Role of Poetry in Protest and Truth-telling” appeared in the May 2014 issue of WLT.