Constituting the Human in a Dystopian World: Kazuo Ishiguro’s Klara and the Sun 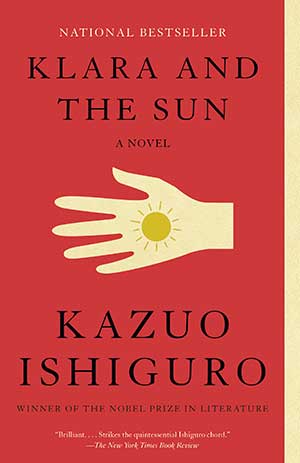 A new book by a Nobel laureate and Booker award-winning author always brings with it a sense of trepidation. Will the new novel live up to the already established high expectations? Klara and the Sun (Knopf, 2021) is particularly tricky because it revisits questions about life in posthuman futures, explored partly in Kazuo Ishiguro’s Never Let Me Go (2005). However, Ishiguro’s new novel and its nonhuman narrator, Klara, weave a spell on the reader from the opening pages that continues to be all-absorbing. We forget that the narrator is a robot and remain involved in the vicissitudes of her life, till the final pages when she is waiting for an end to her powers by the slow decline of her electronic circuitry. As we are immersed in the trajectory of Klara’s life, Ishiguro invites us to explore the question of what it is that constitutes us as human. To what extent can machines approximate the qualities of a human, and is there anything unique in the human mind in a world where artificial intelligence is increasingly powerful?

The novel begins with Klara being displayed in the window of a store selling AI “friends” to children. Klara is very observant and records her perceptions in her memories for future use. She forms an instantaneous bond with Josie when she comes in to check out AI friends and then waits for many weeks for Josie to come back and take her home as promised. Clearly, Klara is capable of bonds of loyalty and affection toward Josie. As time goes on and Klara becomes Josie’s companion, her sense of loyalty and care for Josie only increases. Through Klara’s observations we are provided an insight into the dystopian human society that Josie lives in. This is a world in which most human relationships as we have known them have broken down. The relationship between parents and children has fundamentally altered, with parents facing the impossible choice of deciding to have their children “lifted”—that is, genetically edited for more attractive career paths. This is the path Josie’s mother has chosen for her children, but it comes with the risks of terminal illness for lifted children like Josie.

For those who choose not to alter their children genetically, there are very few options for worthwhile careers. Meanwhile, most basic jobs have been outsourced to robots, creating an inevitable resentment against intelligent machines who have deprived many humans of their jobs and identities. Josie’s father, Paul, who was once an engineer, has been retrenched and lives with other corporate castaways while Josie’s mother, Chrissie, still works at a high-end job, which leaves her very little time to spend with her daughter. In addition to this division among humans, there is a growing population of robots not only making human labor obsolete but also performing other human functions like providing companionship to children.

At the heart of the novel is the question of Josie’s mortality. Her health is declining as a result of her genetic alterations, and it seems like the best medical interventions are incapable of saving her. If she dies, can she be replaced artificially? What is the place of faith in this dystopian world? Is loss something only humans experience, or is it something Klara is also capable of feeling? Ishiguro raises these provocative questions and offers subtle clues for readers to tease out answers. Ultimately, like all depictions of futuristic societies, Ishiguro shows us how close we are to the dystopia of Klara and the Sun. The forces of global capitalism have restructured labor and production and created profound changes in human life and intimacy, making humans more machinelike and soulless while imbuing robots with more emotional intelligence to serve certain privileged humans. 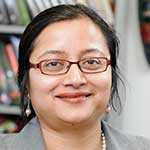 Lopamudra Basu is professor of English at the University of Wisconsin–Stout. She is author of Ayad Akhtar, the American Nation and Its Others after 9/11: Homeland Insecurity (2018). She has reviewed books for World Literature Today, India Currents, and Ariel: A Review of International English Literature.